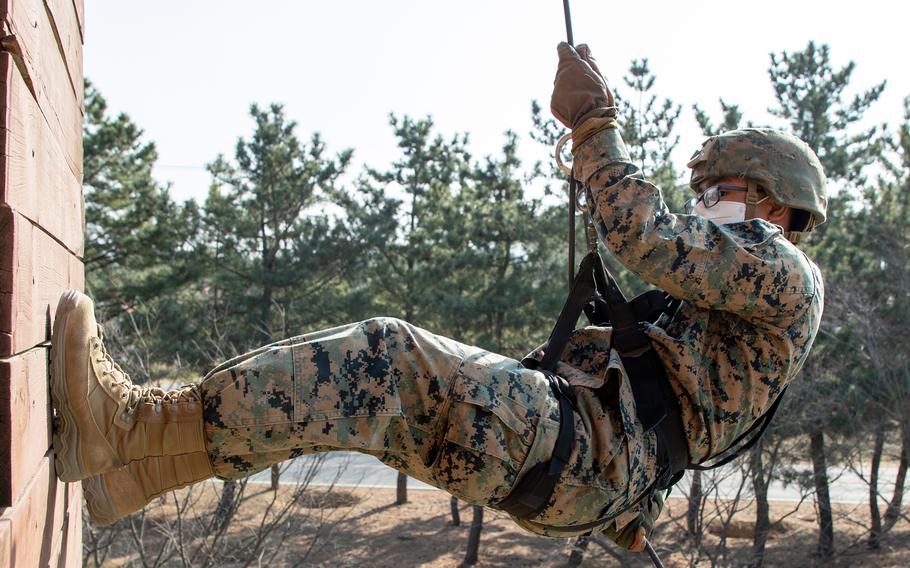 CAMP HUMPHREYS, South Korea — The U.S. command in South Korea remains at “fight tonight” readiness, a spokesman said Wednesday, despite a dramatic surge in COVID-19 cases among the general population.

However, U.S. Forces Korea is able to “fulfill our obligation to protect and defend [South Korea] against any threat or adversary,” command spokesman Army Col. Lee Peters told Stars and Stripes by email Wednesday.

“Our position has been consistent since the start of the pandemic,” he said. The command will “balance readiness with the health and well-being of our affiliated community.”

Peters said the command will “continue to monitor and assess the current COVID-19 situation within USFK and South Korea on a daily basis,” before making any further changes to social-distancing regulations.

Over 90% of the USFK population is fully vaccinated and 40% received a booster shot, according to Dr. Douglas Lougee, an Army colonel and USFK’s command surgeon. 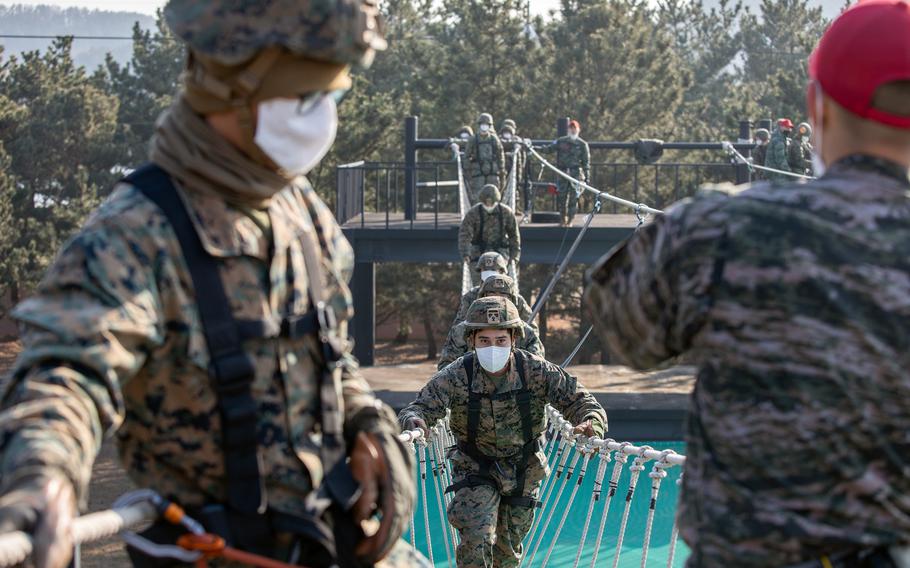 South Korean Prime Minister Kim Boo-kyum in a press release Wednesday said the government was considering adjusting social-distancing mandates “in consideration of economic damages on the livelihood of the public.”

A “final decision” on those restrictions will be announced Friday, Kim added. Current regulations limit private gatherings to six people and require restaurants to close by 9 p.m.

The prime minister said South Korea may have yet to reach its peak of new, daily infections and the pandemic’s “zenith is not yet known.”

“Let us say that we are sorry for everything — to the people who have been cooperating in the meantime,” Kim said.

Despite the overnight uptick of new cases, the number of patients with moderate-to-severe symptoms remains stable. The KDCA reported 313 such cases on Tuesday, one fewer than Monday.

South Korean President Moon Jae-in on Tuesday urged the government to ensure that health measures are heeded in light of the upcoming presidential election on March 9.

“The government should make sure that all voters’ suffrage is guaranteed, and the presidential election is … as secure as possible in a situation with dramatic increases in confirmed COVID-19 cases,” Moon said in public remarks.

The U.S. Centers for Disease Control and Prevention on Tuesday advised against traveling to South Korea. All incoming travelers are required to quarantine for seven days, regardless of their vaccination status.