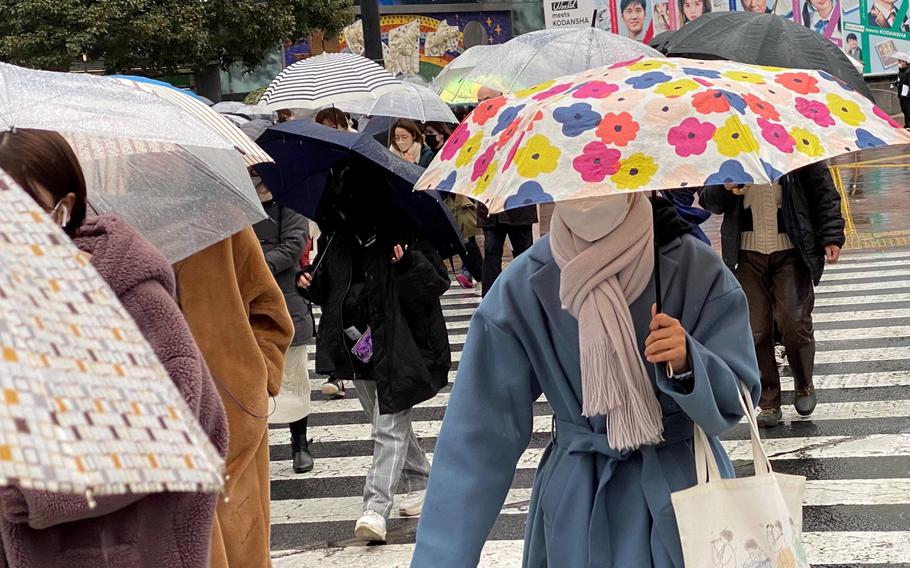 Tokyo confirmed 10,334 new cases, its lowest daily count since 8,503 on Jan. 24 and nearly 1,900 fewer than a week prior, according to NHK and metropolitan government data.

The central government is considering a move to ease restrictions banning most foreigners from entering Japan when the current restrictions expire Feb. 28, Kyodo News reported Friday. A move in November to permit business travelers and international students to enter was retracted after the omicron wave of the coronavirus began circulating across the globe. Omicron has proven less deadly but is more transmissible than earlier variants and has consequently produced record-breaking case numbers.

Japan may also reduce the quarantine period for new arrivals from seven to three days and permit up to 5,000 arrivals per day, according to Kyodo News. Businesses and academicians are pressuring the government to permit some foreign travelers entrance to Japan.

“I plan to look into easing the border controls,” Prime Minister Fumio Kishida told reporters Saturday, according to The Associated Press.

U.S. Forces Japan had not updated its daily new case numbers as of 6 p.m. Monday. The command last reported 78 new cases Friday, the first time the command reported less than 100 new infections across its bases in three weeks. USFJ has authority over about 55,000 U.S. troops throughout the country.

Okinawa prefecture, where the bulk of U.S. forces are stationed, on Monday reported 286 new COVID-19 infections, according to the prefectural Department of Public Health and Medical Care. The department also reported 34 new infections in the U.S. military community.