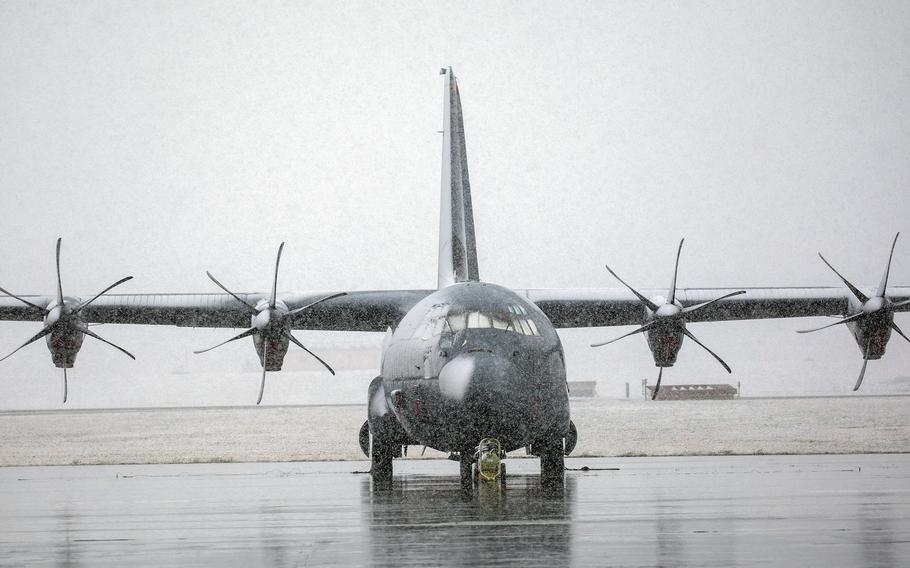 YOKOTA AIR BASE, Japan — Heavy snow forecast for eastern Japan over the next two days means closures and shortened hours at schools and other facilities on U.S. military bases near the capital city.

Weather forecasters predicted between 2 and 4 inches of snow for Thursday, according to a post Wednesday on U.S. Army Garrison Japan’s official Facebook page.

A low-pressure system off the Pacific coast is expected to move east and bring cold air over the country. Up to 16 inches of snow could fall in Yamanashi prefecture, west of Tokyo, public broadcaster NHK reported Wednesday.

“Out of an abundance of caution, the U.S. Army Japan commander has authorized U.S. Army Garrison Japan, and tenant partners, to take proactive measures to ensure the safety of our community,” the garrison’s message said.

All schools at Camp Zama will be closed Thursday and will tentatively start at 10 a.m. Friday, two hours late. If that happens buses will also run two hours late, the message said.

Child development centers will remain open on normal schedules for Thursday and Friday at both Camp Zama and the Sagamihara Family Housing Area, the garrison said. School Age Services will be open for the full day Thursday and the Camp Zama Youth Center will open at 1 p.m. that day.

At nearby Naval Air Facility Atsugi, only essential personnel will be required at work Thursday, base officials said in a Facebook post Wednesday evening.

On-base schools will be closed Thursday, and there will be a two-hour delay for school and work start times on Friday, according to the message.

“The community is highly advised to minimize travel and provide additional time to reach their destinations if travel is necessary,” the command said.

Yokosuka Naval Base, home of the U.S. 7th Fleet south of Tokyo, warned residents about snow and rain on its Facebook page on Wednesday.

Forecasters expect a rain/snow mix Thursday and light snow Friday at the base, officials said.

Yokosuka’s classrooms will be closed on Thursday, Department of Defense Dependents Schools announced in a statement Wednesday.

“We continue to closely monitor weather in partnership with installation officials to determine if conditions will require additional school closures on Friday,” the statement said.

“The temperature should be above freezing so there shouldn’t be much accumulation,” he said.