Stars and Stripes • February 7, 2022
This story has been corrected. 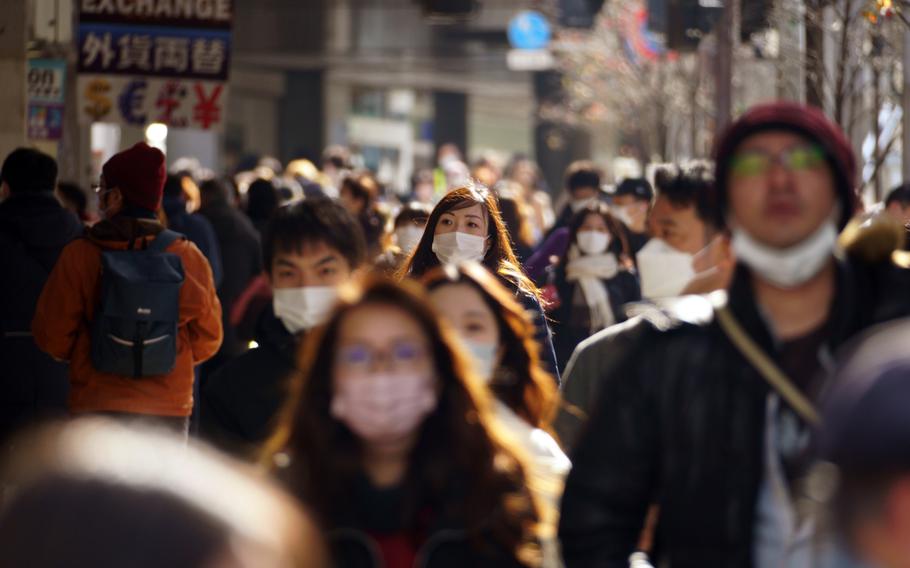 TOKYO – Japan’s capital city reported its highest ever Monday count of new COVID-19 cases as the omicron wave of the pandemic started its first full week in February.

Tokyo confirmed 12,211 people had tested positive for the coronavirus diseases on Monday, according to public broadcaster NHK. Although higher by 460 infections than a week ago, Monday’s number was lower than Friday’s count by nearly 9,000, according to metropolitan government data.

Yokosuka Naval Base, the homeport of 7th Fleet south of Tokyo, led the way with 32 new cases, followed by Kadena Air Base on Okinawa with 16.

Yokosuka on Friday had 396 active cases, none hospitalized, according to its Facebook page. Kadena on Monday had 126 cases, according to an update on its website.

Naval Air Facility Atsugi, 25 miles southwest of Tokyo, and Yokota Air Base, headquarters for USFJ in western Tokyo, each reported 13, according to the Monday update. NAF Atsugi has 69 total cases, according to its official Facebook page Monday.

Okinawa prefecture reported 316 new cases Monday, 511 on Sunday and 671 on Saturday; it also reported 169 new COVID-19 infections at U.S. bases on the island during the same period, according to a daily update from the prefectural Department of Public Health and Medical Care.

Although omicron is less virulent than the preceding delta variant, it spreads more easily, according to the Centers for Disease Control and Prevention.

A previous version of this story incorrectly stated that U.S. commanders in Japan have attributed declining COVID-19 case numbers to high vaccination rates, cooperation with public health measures and a recent stay-at-home order.