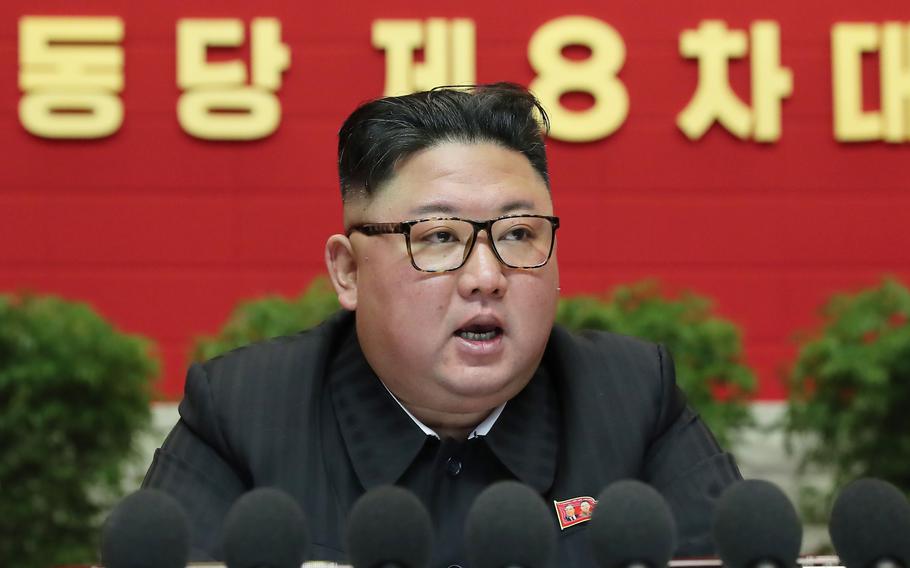 (Tribune News Service) — As Kim Jong Un unleashed his biggest-ever barrage of missile tests last month, one place suffered the most: a barren piles of rocks whose name means “No Man’s Land.”

Alsom Island, located 11 miles off North Korea’s northeastern coast, has been targeted in more than 25 missile strikes since 2019. It was the destination of eight rockets in January alone, as Kim carried out the most launches since he took power in a signal of defiance against a U.S.-led sanctions regime intended to punish Pyongyang for developing such weapons.

The South Korean military has closely watched the outcropping’s bombardment, especially after North Korea built a 10-meter wide domed structure there in August 2020, according to opposition lawmaker Yoon Ju-kyeong. Such a structure could be used to test bunker-buster bombs, her office said, while others have speculated it might serve as a stand-in for a government building in Seoul.

So much firepower directed at a single spot has prompted jokes that Kim must have a grudge, with weapons expert Joseph Dempsey quipping on Twitter that Alsom was North Korea’s “most hated rock.”

Dempsey, a research associate for defense and military analysis at the International Institute for Strategic Studies in London, told Bloomberg News the island provided a useful proving ground for a new generation of short-range weapons systems, such as its KN-23, that can strike all of South Korea. “This relatively small and well-defined target presents a good way to demonstrate the apparent increased accuracy of these systems, particularly for propaganda purposes,” Dempsey said.

In recent weeks, Kim has honed his newest short-range ballistic missiles on Alsom, some of which have slammed into the rocky outcrop at speeds possibly in excess of 3,000 kms per hour. North Korea also used the site to prove the accuracy and maneuverability of long-range cruise missiles that it said flew in patterns for 1,800 kms before hitting their targets on Jan. 25. It released photos of the impact.

The island is situated far enough off the coast to provide a buffer for errant rockets and close enough to expect only North Korean vessels would be in the area. At about 2,800 feet in length, it’s small enough to show the U.S. and its allies that Kim can hit what he aims at.

Kim has sought to modernize his military arsenal, which had previously relied on Scud variants of questionable accuracy. The new solid-fuel, short-range ballistic missiles that have been rolled out since 2019 are designed to fly about 250-500 kms. But some have been test-fired to more than 600 kms — long enough to reach a few parts of Japan’s western coast.

As North Korea steps up launches, Alsom has provided a fiery backdrop for its domestically focused propaganda campaigns. State media have repeatedly published images of missiles fired at the island in recent days, including dramatic overhead drone shots.

North Korea has fired its new missiles from various locations as it tries out new capabilities, such as a January test of ballistic missiles fired from train cars. Still, Alsom is too close to make a viable target if Kim makes good on his threat to resume tests of larger, intercontinental ballistic missiles. Those must be fired hundreds of kilometers into space and fall farther from the country’s shores.

So far, there is no indication the Biden administration — or the American public — is particularly alarmed by Kim’s missile tests. Unlike Trump, Biden has avoided threats or other rhetorical escalations and says relatively little about the North Korean leader.

“North Korea has been doing missile tests, dozens of them, in prior administrations,” White House Press Secretary Jen Psaki told a news briefing last week. “And obviously we’ve spoken to it each time that that has happened. The door to diplomacy remains open and we have conveyed that clearly.”

For now, the bombardment of Alsom looks set to continue. North Korea has already fired more nuclear-capable missiles in 2022 than in all of last year. And holidays on Feb. 16 and April 15 marking the respective birthdays of Kim’s father, Kim Jong Il, and grandfather, Kim Il Sung, have in the past provided occasions for military displays.

“By hitting the same target from different origins of aggression, North Korea could test and improve its striking capability aimed at the ROK,” said Cheon Seong-whun, a former security strategy secretary at South Korea’s presidential Blue House, referring to South Korea by its formal name.

“Pyongyang is testing to see whether its striking options are working in reality,” he said.