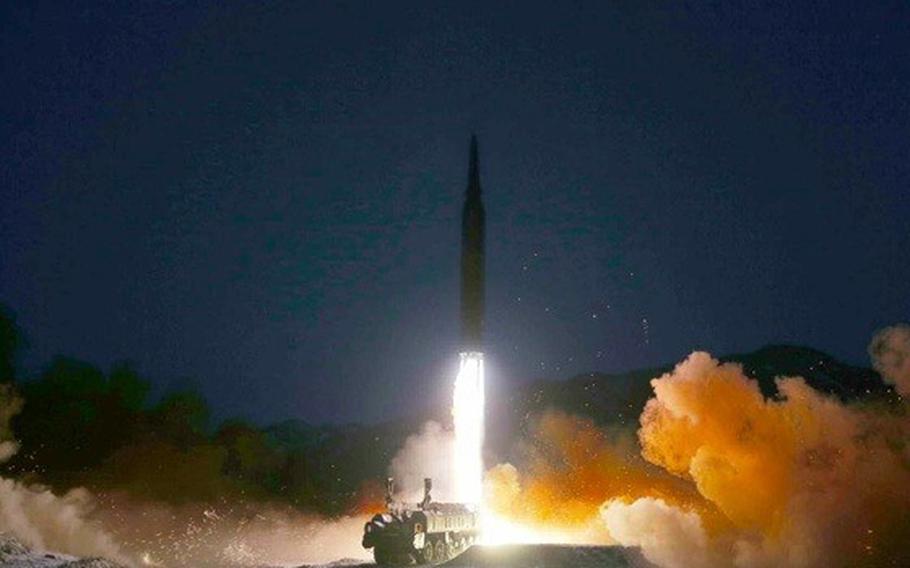 The Joint Chiefs of Staff, in a series of messages to reporters, said the projectiles were fired at 8:50 a.m. and 8:54 a.m. from Sunan airport in Pyongyang. They reached a peak altitude of 26 miles and flew over 236 miles.

The launches come three days after the North test-fired what is thought to be a pair of short-range ballistic missiles into the East Sea/Sea of Japan. Pyongyang claimed on Saturday that those projectiles had been launched from a train.

Days earlier, North Korean leader Kim Jong Un was present when his country test-fired a “hypersonic” ballistic missile off the eastern coast, according to the state-run Korean Central News Agency.

That missile, launched at 7:27 a.m. Tuesday, reached speeds of Mach 10, or 10 times the speed of sound, and was more advanced than one test-fired Jan. 5, South Korea’s Defense Ministry said.

Tuesday’s missile reached a peak altitude of 37 miles and flew over 435 miles.

President Joe Biden’s administration sanctioned five North Korean officials in response to those launches. The Treasury Department announced Wednesday it was penalizing the officials for helping to obtain equipment and technology for Pyongyang’s missile programs.