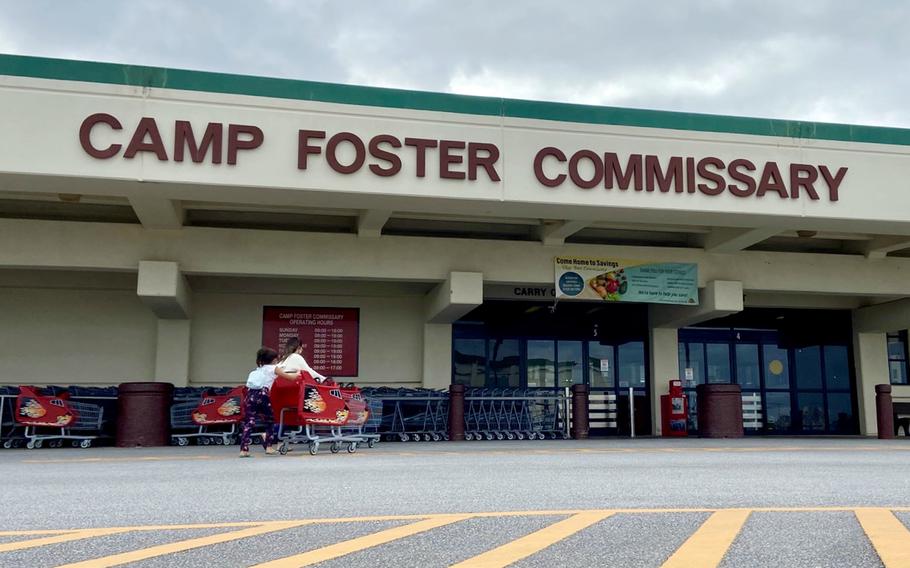 CAMP FOSTER, Okinawa – Air Force spouse Valerie Jackson shopped the commissary on Wednesday at this Marine Corps installation because the shelves are much emptier at nearby Kadena Air Base.

“The Kadena commissary is kind of lacking in supplies and we’re wanting tacos tonight,” Jackson, 31, told Stars and Stripes. “My husband went the other day and said that there was hardly anything left, like milk, sour cream, cheese.”

The New Year brought food shortages to Japan and South Korea, according to Facebook posts by military commands and notices on blank shelves and dairy cases. Periodic shortages also have occurred in recent months at some stores in Europe.

But shipments started to arrive again last week, and the Kaiserslautern center, which distributes products to U.S. bases in Europe, is expected to receive an additional 76 chill containers during January.

“Over the next two weeks we are scheduled to receive our normal average shipments,” Robinson said. “If this consistent delivery continues, we should be in better shape.” 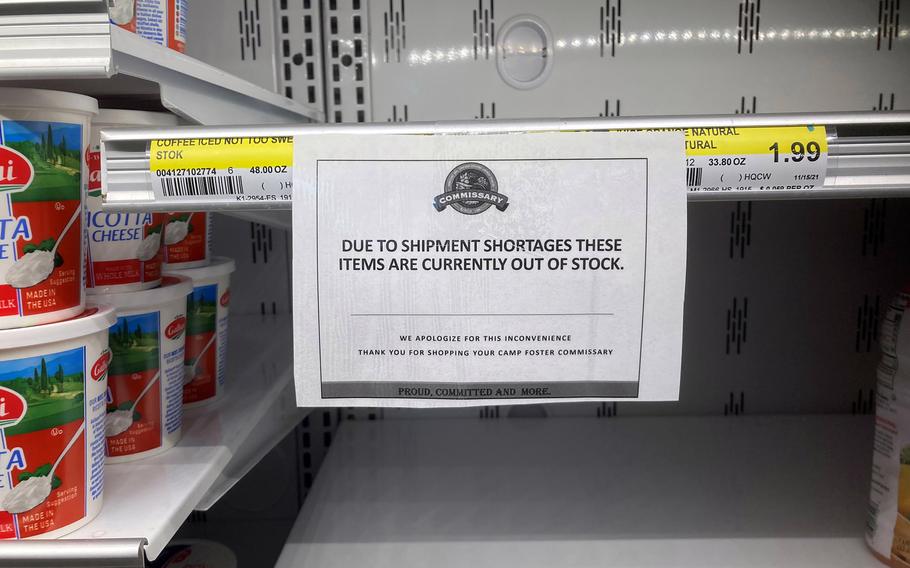 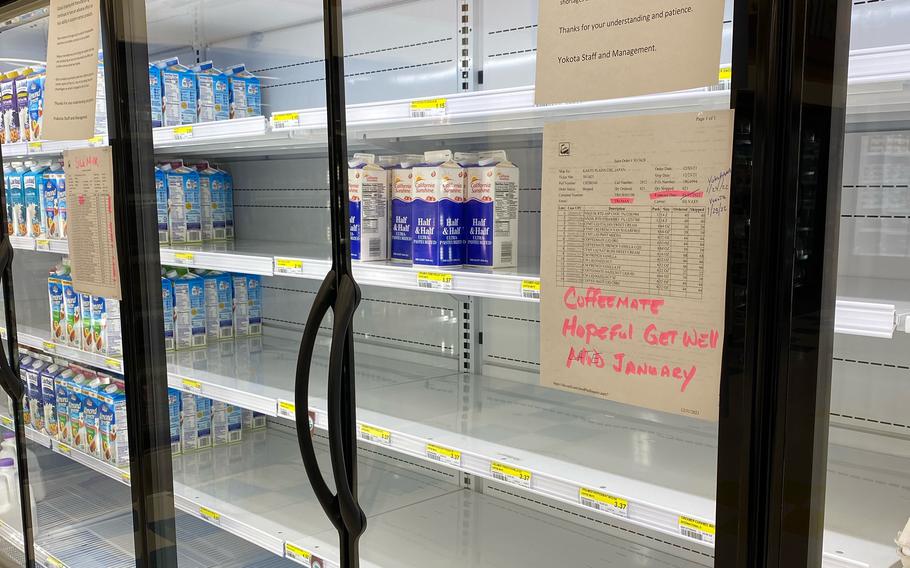 Meanwhile, at Camp Kinser in Okinawa, Marine officials said Tuesday that customers shouldn’t expect inventories to be at normal levels “for the immediate future.”

The same California distributor supplies commissaries in Japan and South Korea, so all are equally affected by shortages, said Kalani Patsel, commissary zone manager in Okinawa, in an email Thursday to Stars and Stripes.

Products are trickling in and shelves may be restocked by the end of the month, according to Patsel and store notices.

The same supply chain issues plaguing U.S. retailers the past year are to blame for shortages at military commissaries. Higher consumer demand, a backlog of container ships at ports around the globe and a shortage of drivers to haul merchandise away are contributing to the problem.

"We have 100s of containers with commissary products sitting out in the US ports waiting to get off-loaded," Patsel wrote. "Now top that with a COVID case in any of these chain links and supply interruptions will occur."

It’s a “perfect storm” of supply-chain disruption, “amplified” by COVID-19, he said.

Resupplying overseas commissaries is the top priority for the Defense Commissary Agency, Patsel said. He said he expected sufficient supplies are coming to meet demand, but panic buying could complicate matters.

Milk, cheese, butter, sour cream and yogurt, along with eggs and chilled juices are conspicuously absent from shelves at most U.S. bases in Japan. Patsel said coffee creamer is the most requested item on Okinawa.

"There will be times that we won’t have an item in stock for whatever the reason is,” he wrote in his email, “however, I can assure you that we are doing our utmost to try and get the necessities to the customers as quickly as possible.”

In Italy, the commissary at Naval Air Station Sigonella in Sicily put purchasing limits on some items after running out of fresh meat and other products over the weekend.

On Tuesday, the base announced on its Facebook page that the commissary’s shelves were restocked with new supplies of meat, dairy products, cheese and deli items. The announcement followed a Monday post blaming empty shelves on “significant supply chain disruptions” impacting many bases throughout Europe.

Those shortages resulted in some “scarcity driven behavior” or hoarding by Sigonella base commissary customers, so purchases of certain items would be limited, the base said Tuesday.

“Multiple signs have been posted near the dairy section and check-out areas with specific details,” the base said. “If you do not follow these requests, you will be politely asked to return the items.”

Meanwhile, local grocery stores are still an option for U.S. military consumers. Even under a stay-at-home order imposed until Jan. 24 by U.S. Forces Japan to stem the spread of the coronavirus, base residents are allowed to shop in off-base stores as an essential service.