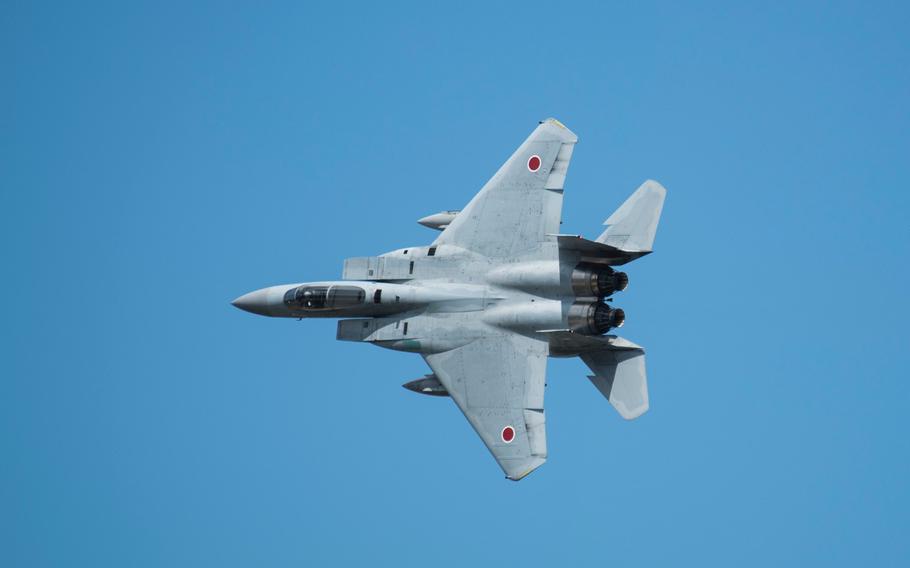 Japan has awarded the U.S. aerospace giant Boeing Co. a $470 million contract to upgrade its fleet of F-15J Eagles, according to the U.S. Defense Department.

The upgrades will keep the jets in step with Japan’s growing fleet of next generation F-35 Lightning II stealth fighters, according to militaryaerospace.com.

The contract awarded in December calls for the development of an integrated aircraft systems to support modification of Japan’s F-15MJ aircraft into F-15 Super Interceptors and the delivery of four weapon system trainers.

The contract went to Boeing under the Foreign Military Sales program, a U.S. government program to move defense expertise, weaponry and other materiel to friendly nations, who foot the bill.

The work will be done in St. Louis with a completion date in 2028, according to the contract announcement Dec. 29.

“We are humbled by the Japanese Ministry of Defense’s and the Japanese Cabinet’s decision to continue work on the F-15 upgrade program,” Boeing spokesman Paul Lewis said in an email Tuesday to Stars and Stripes.

“We look forward to enhancing the fleet with next-generation technologies that meet Japan’s current and future needs,” Lewis said.

Japan and the U.S. agreed in 2019 to a $4.5 billion program to upgrade 98 of Japan’s F-15s, according to a report by Forbes magazine. Japan had also planned to equip 68 F-15s with U.S.-made Long Range Anti-Ship Missiles as a defense against ships and landing forces, but the Defense Ministry dropped those plans in August citing high costs.

The F-15 has electronic systems and weaponry to detect, acquire, track and attack enemy aircraft while operating in friendly or enemy-controlled airspace, according to the U.S. Air Force.

The systems upgrades are aimed at helping Japan maintain air superiority in a challenging environment. Between April 1 and Nov. 30, Japan scrambled 643 jets to intercept approaching aircraft, according to the Joint Staff Office. Of those, 486 intercepts were against Chinese aircraft and 146 were against Russian aircraft.

The Ministry of Defense in an email Thursday said it could not immediately respond to questions from Stars and Stripes about the F-15 upgrades.

The U.S. Air Force is going a different direction with its aging fleet of F-15 Eagles. Rather than upgrading, it is purchasing new F-15EX Eagles. The estimated fly-away cost for a single F-15EX is $87.7 million, according to Forbes.com.