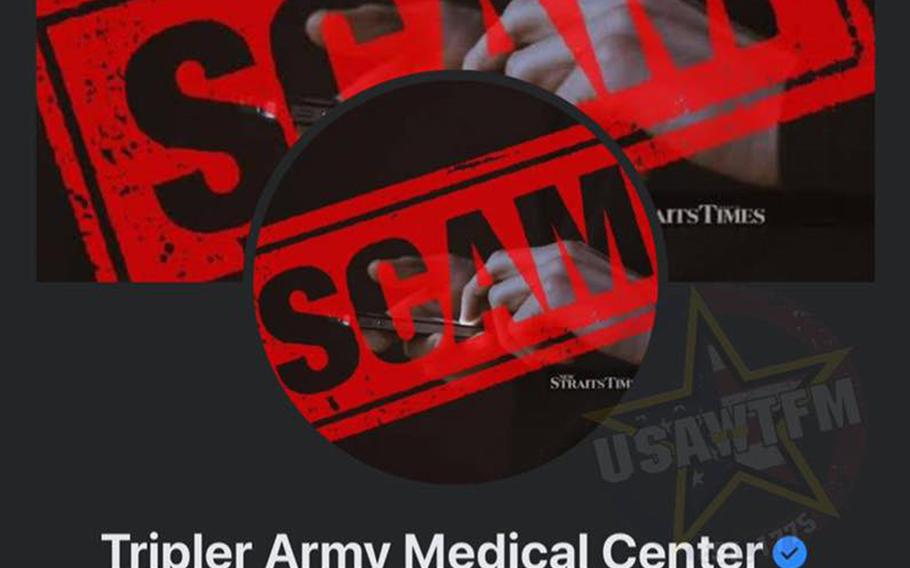 Personnel at the Honolulu-based hospital regained control off the account about 9:30 p.m., according to Tripler spokeswoman Claudia LaMantia.

“At this point, we don't know what happened other than somebody took control of the page, and we have regained access to it,” she told Stars and Stripes by phone Wednesday.

Elsewhere, the hacker wrote, “Who the f--- runs this page as you’ve hacked my bank and stolen $400 from a single parent who just tried to do her shopping and can’t cause you scammed her bank account but somehow have now linked your account to mine.”

Shortly after, the hacker changed the medical center’s location status to “in London, United Kingdom.”

U.S. Army WTF! Moments tweeted screenshots of the hacked messages Tuesday, adding drolly, “@tripleramc First, hope you are enjoying your leave in London! Second, give this person back their money cuz they are BIG ANGRY.”

LaMantia said the intrusion did not appear to be a ransomware attack, but the hack is under investigation.

There were no other apparent alterations to the account aside from the scam diatribe, she said.

“They didn’t add anything, didn’t delete anything,” she said. “So, at this point, we're going over a checklist. We'll just reinforce all of our security measures.”

Tripler is the only federal tertiary care hospital in the Pacific Basin and supports 260,000 active-duty and retired military personnel, their families and veterans, according to the medical center’s website.