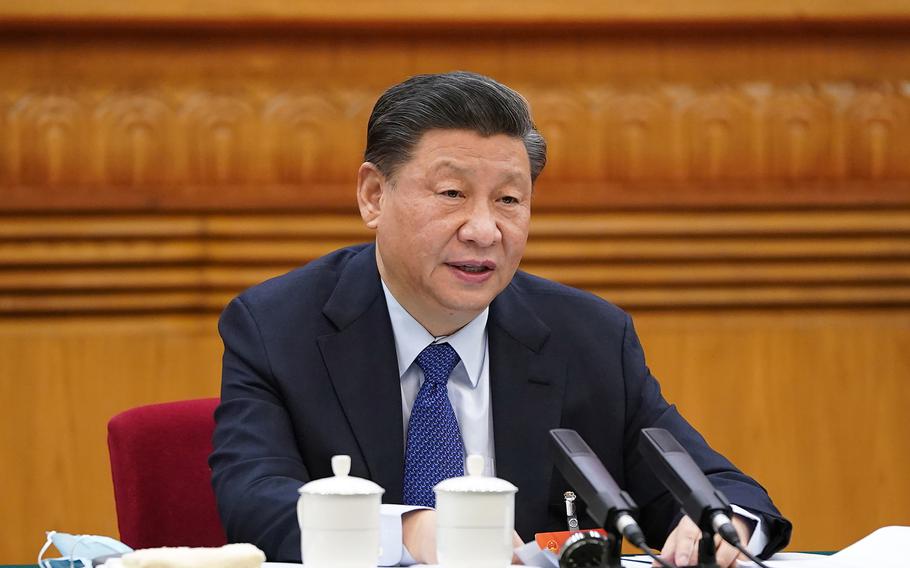 (Tribune News Service) — Chinese President Xi Jinping vowed to tackle risks that could disrupt his nation’s march toward development, as he entered a pivotal political year facing a host of economic challenges made worse by the pandemic.

“To realize the great rejuvenation of the Chinese nation will be no easy task like a walk in the park,” Xi said in a brief New Year’s Eve address broadcast to China’s 1.4 billion residents.

“It will not happen overnight, or through sheer fanfare,” he said. “We must always keep a long-term perspective, remain mindful of potential risks, maintain strategic focus and determination, and attain the broad and great while addressing the delicate and minute.”

China is entering a busy political period as Xi, 68, prepares for a twice-a-decade Communist Party congress during which he’s expected to secure a precedent-breaking third term. The meeting, which will likely be held in the autumn, follows efforts by the ruling party over the past year to celebrate its 100th anniversary and publish a resolution affirming Xi’s status as a leader on par with earlier rulers-for-life, Mao Zedong and Deng Xiaoping.

The world’s second-largest economy has come under increasing pressure from a range of forces, including virus outbreaks, a housing slump and weak consumption. Investors are also watching to see how officials handle contagion risks in credit markets, which are grappling with a looming restructuring by China Evergrande Group and defaults by other property developers.

Xi acknowledged during a meeting of the 25-member Politburo Tuesday that the party faces “complexity and grimness” rarely seen in history, the official Xinhua News Agency said, without elaborating. Chinese Foreign Minister Wang Yi said in a separate interview with Xinhua that creating a safe and stable global environment for the party congress would be a key focus for the country’s diplomacy in 2022.

Some passages in the president’s speech Friday struck a folksy, homespun tone, bolstering his efforts to cast himself as “the people’s leader.”

China has vowed to maintain a COVID-zero policy that has slowed its economic rebound, but kept infection-related deaths below 5,000, a fraction of the more than 800,000 fatalities reported by the U.S. Even as Xi spoke, health authorities were enforcing a citywide lockdown in Xi’an to halt one of the biggest outbreaks since the first coronavirus cases were discovered in Wuhan.

The pandemic and travel curbs are expected to put a damper on the Beijing Winter Games, which are scheduled to be held Feb. 4-20. The event is also facing diplomatic boycotts by the U.S. and its allies, over China’s human rights policies in Xinjiang.

References to the U.S. were absent from the speech, although tensions between the two sides have eased enough for Xi and U.S. President Joe Biden to hold a summit last month — an event held via video because Xi hasn’t left the country since the pandemic’s onset. Xi reaffirmed his policies on Hong Kong and Taiwan, after a year in which his efforts to assert authority over those places prompted frequent clashes with the West.

“The prosperity and stability of Hong Kong and Macau is always close to the heart of the motherland,” he said. “Only with unity and concerted efforts can we ensure sound implementation of ‘one country, two systems’ in the long run. The complete reunification of our motherland is an aspiration shared by people on both sides of the Taiwan Strait.”