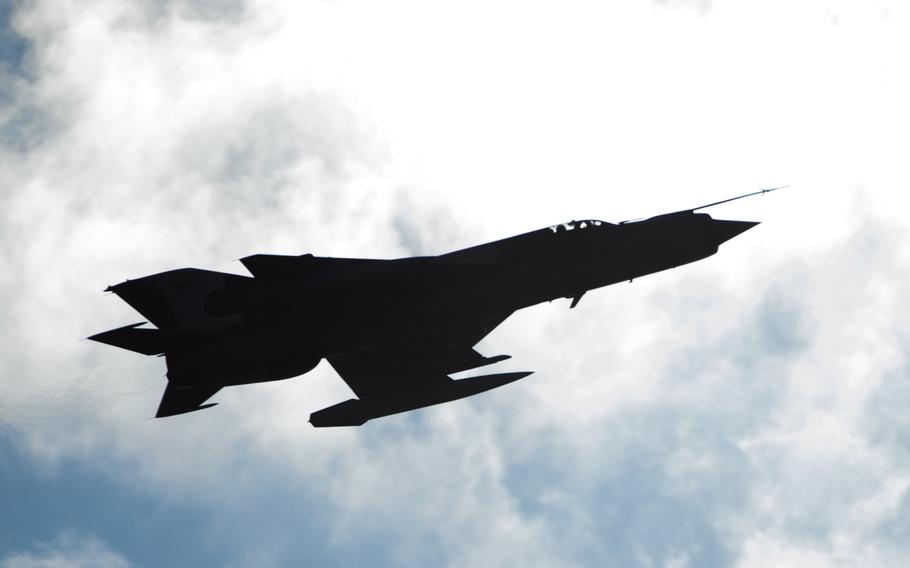 “This evening, around 8:30 pm, a MiG-21 aircraft of IAF met with a flying accident in the western sector during a training sortie...,” the IAF said in a statement.

Later, in another tweet, the IAF confirmed the pilot’s death.

“With deep sorrow, IAF conveys the sad demise of Wing Commander Harshit Sinha in the flying accident this evening and stands firmly with the family of the braveheart,” it said.

The crash has once again turned the spotlight on India’s longest-serving fighter plane, its safety record and the IAF’s plans to replace the ageing jets with newer ones in the coming years.

The Bison is the latest variant of Mig-21 in IAF service. IAF operates four squadrons of MiG-21 Bison aircraft — a squadron has 16 to 18 fighter jets. The last of these upgraded MiG-21s are set to be phased out in three to four years.

The air force got its first single-engine MiG-21 in 1963, and it progressively inducted 874 variants of the Soviet-origin supersonic fighters to bolster its combat potential. Of the 874 MiG-21 variants inducted by the IAF, over 60% were licence-produced in India.

More than 400 MiG-21s have been involved in accidents that have claimed the lives of more than 200 pilots during the last six decades, earning the fighters ominous epithets such as “Flying Coffin” and “Widow Maker”.

Experts have said that more MiG-21s have crashed than any other fighter because they formed the bulk of the fighter aircraft in the IAF’s inventory for a long time.

IAF had to keep its MiG-21 fleet flying longer than it would have liked because of delay in the induction of new fighters.

The Bison was involved in IAF operations after the unprecedented, peacetime, cross-border strike against terror targets in Pakistan’s Balakot two years ago.

Wing Commander (now Group Captain) Abhinandan Varthaman scripted military aviation history by downing a Pakistan Air Force F-16, seconds before his own MiG-21 Bison was hit by a missile forcing him to eject on February 27, 2019.