Taiwan voters align with all government positions in referendum 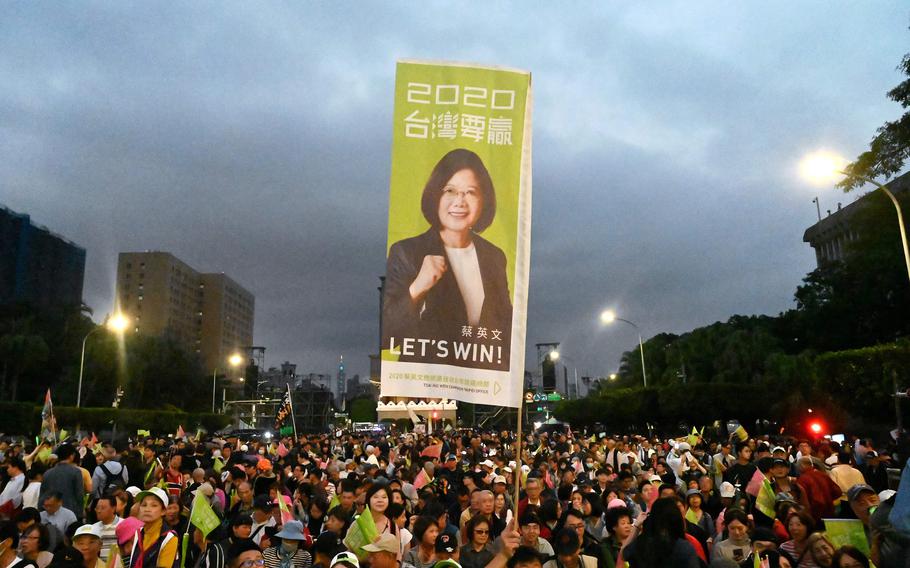 (Tribune News Service) — Taiwanese voters aligned with the position of President Tsai Ing-wen's government on four issues in a weekend referendum, a win for the leader ahead of elections next year.

More than 50% voters said "no" to reimposing a ban on imports of pork containing trace amounts of ractopamine, a feed additive used by many U.S. producers.

A "yes" result would have presented Tsai with the dilemma of conforming to the people's will and potentially upset Taiwan's most important political and military backer, or keep the doors open to U.S. pork and risk a domestic political backlash less than a year before key regional elections. Maintaining Washington's support is particularly important as Beijing ramps up a pressure campaign on the democratically ruled island that the Communist Party considers a breakaway territory despite never having ruled it.

For decades, the U.S. had been pushing Taipei to open its market to pork containing ractopamine, saying Taiwan's ban was the biggest impediment to a bilateral free trade agreement. In an effort to nudge the U.S. toward starting formal trade talks, Tsai overturned the ban last year, triggering fierce debate in Taiwan about concerns the drug can harm people who consume meat raised with it.

The Tsai administration had urged the public to reject a new ban, saying the move is in Taiwan's best interests as it would boost U.S. trade relations.

"Taiwan's people hope to walk out to the world and actively participate in international society," Tsai said in a briefing after most votes were counted Saturday evening.

The result is beneficial for Taiwan's pledge to join the Comprehensive and Progressive Agreement for Trans-Pacific Partnership, or CPTPP, and elevate bilateral trades with the U.S., according to John Deng, a minister without portfolio. He spoke at a separate briefing on Saturday.

Voters also said Taiwan shouldn't activate the Lungmen Nuclear Plant that was almost completed but then mothballed in 2014 due to rising anti-nuclear sentiment in the wake of the Fukushima disaster three years earlier. They also voted "no" to whether the state-controlled energy company CPC Corp should move a planned $2 billion liquefied natural gas import terminal from its proposed location beside a 7,000-year-old algal reef on Taiwan's northern coast.

Environmental activists have criticized the damage the project will cause the reef and its nearby ecosystem but the government said increasing LNG imports is crucial to reducing the economy's reliance on coal while phasing out nuclear energy.

The fourth issue on the ballot was whether referendums should be held in conjunction with national elections if a proposal was accepted by the Central Election Commission less than six months ahead of a poll.

About 8 million people participated in Saturday's referendum, less than half of the 19.8 million citizens who were eligible to vote. In order for a question to be approved, at least 4.95 million people must vote in favor, with more people choosing yes than no. All four issues did not reach the minimum votes for the initiatives to pass.