A decade later, North Korea under Kim Jong Un is even more isolated and oppressed 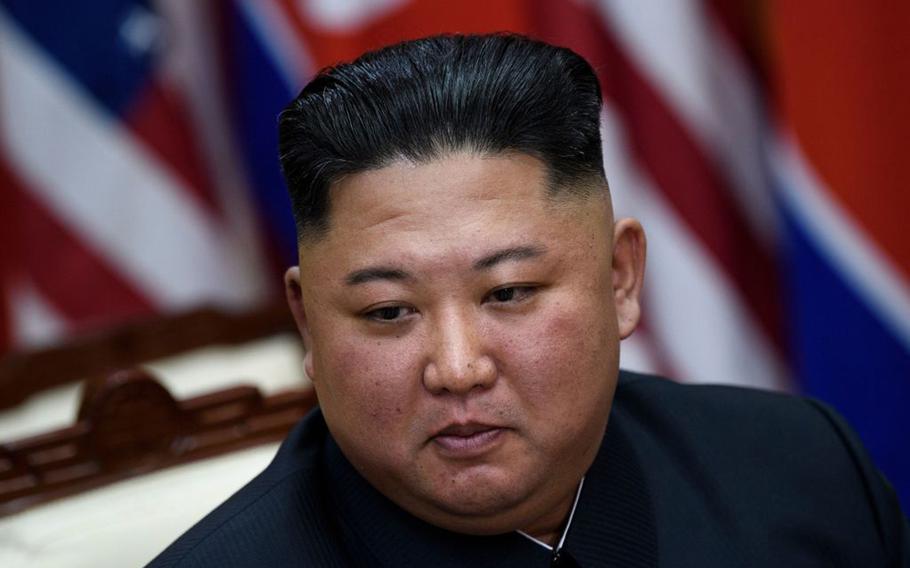 North Korea's leader Kim Jong Un before a meeting with then-President Donald Trump on June 30, 2019. Kim's grip on society has tightened in the decade of his leadership. (Brendan Smialowski, AFP via Getty Images/TNS)

The chubby-cheeked 27-year-old trudged alongside his father’s hearse that snowy, overcast day 10 years ago, gazing downward and away from the gaggle of cameras trained on him.

With his father’s abrupt passing, Kim Jong Un, third-generation heir to one of the world’s last communist bastions, was now in charge of North Korea and its 25 million people.

“The Kim Jong Un regime will not last long,” his half brother told a Japanese journalist. “North Korea as we know it is over,” a White House veteran wrote in an op-ed. Even on the streets of the capital, Pyongyang, where criticizing the Kim dynasty is verboten, whispers arose about his youth, inexperience and murky parentage.

The younger Kim’s rule over North Korea after the death of his father, Kim Jong Il, on Dec. 17, 2011, began both with some optimism that his age and education in the West could lead to reforms, and rattled nerves as to what might happen if he failed to hold on to power.

As he marks a decade at the helm this week, the expectations for change and skepticism of his grip on power are long since gone. North Korea’s millennial autocrat has surpassed his father and grandfather in nuclear ambition, economic experimentation and bold diplomacy, solidifying his rule more swiftly and securely than most inside and outside the country could have imagined.

Kim has not only purged hundreds who could pose a threat to his power — including his uncle and the half brother, Kim Jong Nam, who questioned him — but also dramatically increased the country’s nuclear and cybercapabilities and rubbed shoulders with world leaders, including the president of the United States.

At the same time, the country’s economy is in tatters from sanctions imposed after Pyongyang’s nuclear and missiles tests, and North Korea is once again facing food shortages and the possibility of starvation, far from Kim’s promise early in his tenure that his people would never have to tighten their belts again. The country is hermetically closed off to people, goods and information, the crackdown dramatically dialed up during the COVID-19 pandemic. Under his rule, the nation has veered closer to conflict with the U.S. than it had in decades.

Cho Chung Hui, who worked as a local bureaucrat in North Korea before he fled the country in 2011, said when Kim was introduced as heir apparent in the months before his father’s death, he and other North Koreans reacted with “half expectation, half concern.”

Watching Kim choose to invest on building up his nuclear arsenal and rejecting outside offers of vaccines during COVID-19, though, it’s become clear to him that ultimately, the “Great Successor” was just as focused on dynastic survival as the Kims before him, Cho said.

“He says he thinks of the people and puts them first, but at the end of the day, to maintain his power, it doesn’t matter to him if people go hungry or starve to death,” said Cho, now a research director at the Seoul-based nonprofit Good Farmers.

Now 37, Kim is about the age his grandfather, North Korea’s founder Kim Il Sung, was when he began his nearly half-century rule over the country from 1948 to 1994. As presidents and pandemics come and go elsewhere in the world, the first 10 years of Kim’s rule could be the trial and error that sets the stage for the decades ahead.

In his first years, Kim set out on a parallel quest to develop the country’s nuclear program and to improve its economy, making strides on both fronts. He built ski resorts and skyscrapers, and market activity and trade with China picked up. He test-fired many more missiles than his father and grandfather combined, including intercontinental ballistic missiles, and conducted what Pyongyang said was a successful test of a hydrogen bomb, after which he declared the nation’s nuclear goals were met.

Gu Dae Myeong, who worked in construction and ran an import-export business in Pyongyang in the first part of Kim’s rule, said that despite the economic activity, it soon became apparent the fundamental oppressive controls of North Korean society remained steadfast.

“People had hopes for this young leader, but nothing had changed,” said Gu, who ultimately chose to leave in 2016. “Under Kim Jong Un, the control only intensified day by day and became more and more meticulous.”

In 2018, Kim ventured onto the world stage, looking for relief from international sanctions to finally get his country on a path to economic development. When those efforts fizzled, his second summit with President Trump ending without a deal, it seemed to mark a turning point for Kim rethinking his statesmanship, said Rachel Minyoung Lee, a former North Korean media analyst for the U.S. government and a nonresident fellow of the website 38 North.

“You can see North Korea treading very carefully,” she said. “They’re not going to return (to negotiations) until they have some kind of reassurance.”

Kim, who has been open to publicly admitting failures, unlike his reticent father, apologized to his people in a tearful speech at a military parade last year for the country’s dire economic straits.

“Our people have placed trust, as high as sky and as deep as sea, on me, but I have failed to always live up to it satisfactorily,” he said.

While Kim was traveling to Singapore, Vietnam, Russia and China for his summitry, the country was becoming more and more ruthless in its crackdowns on North Koreans trying to escape overland into China or anyone accessing information about the outside world. The number of refugees who managed to leave plummeted to just more than 1,000 arriving in South Korea in 2019 from more than 2,700 in 2011, and the punishments have become increasingly brutal.

Since the COVID-19 pandemic, Kim has been using the threat of the virus as a justification to further the country’s isolation, observers said. Late last year, North Korea created new laws imposing harsh penalties of up to 15 years at a labor camp for distributing South Korean videos or music, according to a document reported by the site Daily NK.

Seven people have been publicly executed for watching or distributing South Korean videos, according to a new report by the Seoul-based Transitional Justice Working Group, which tracks executions in North Korea.

“He appears to be trying to retake control of three things the North Korean government lost during the famine of the 1990s: the border, the movement of people and products, and the minds of the people,” said Lina Yoon, a senior researcher with Human Rights Watch. “He cannot control minds, but with this new law he can control what they say and how they express it.”

For Gu, the Pyongyang businessman who was once a staunch loyalist, Kim’s increased control and oppression have been personally devastating. In 2019, his wife and 21-year-old son were caught while trying to escape through China and sent back. He hasn’t heard from them since and fears the worst, knowing the conditions in North Korea’s political prisons.

This month, he self-published a memoir about his life in North Korea titled “Bubble.”

“No matter where you are in society,” he said of his existence in North Korea, “you can disappear without a trace.”