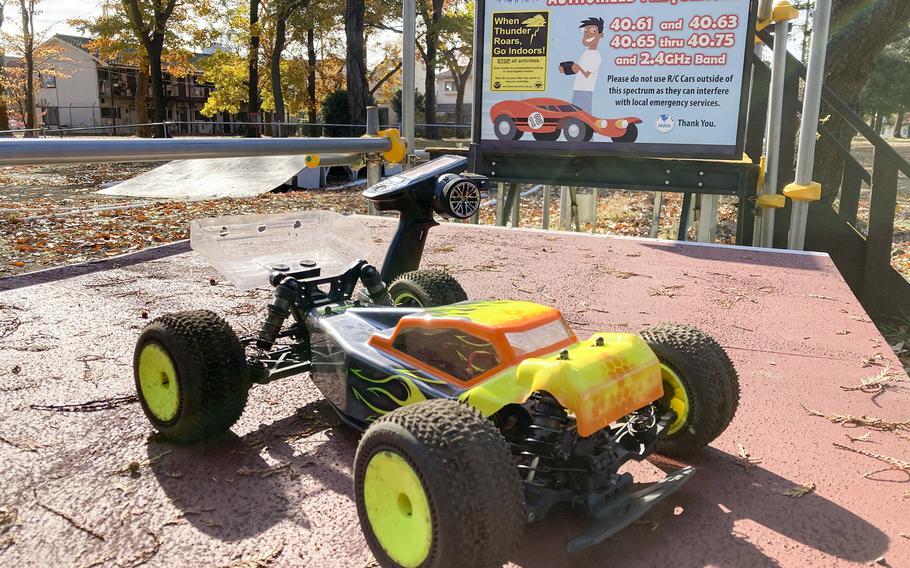 CAMP ZAMA, Japan — Virtuosos of radio-controlled cars, especially the small-scale and all-terrain vehicles that attract enthusiasts to paved and dirt tracks alike, have a new home in the U.S. military community in Japan.

What started as a backyard pirate operation a year ago in the Sagamihara Housing Area at Camp Zama, the headquarters for U.S. Army Japan, has evolved into a certified recreational activity.

“I thought it was going to take a lot longer, but I mean how fast it went, seamless, and how onboard all the departments were, it’s just a fantastic support for the community,” Chief Warrant Officer 4 Garrett Burns told Stars and Stripes on Dec. 9.

Burns, along with Rick Bosch, Zama’s director of Family and Morale, Welfare and Recreation, helped bring the project to fruition.

“As MWR, we really want to hear what the community is passionate about and we’re going to do everything we can to support that and grow that,” Bosch said.

Bosch described the track, which opened in October, as a “grassroots-style” program that grew last year out of its impromptu roots — a “piece of lawn just outside somebody’s backyard.”

The outlaw track was creating a problem, he said. People started noticing and joined in the R/C fun, but reception was not all positive and it looked to be short-lived.

“A lot of the neighbors started complaining about the noise … one of the first reactions is this is unauthorized, went through no approval process and we got to shut it down,” Bosch said.

But with time and patience, and a push from R/C enthusiasts, the idea gained momentum.

“We went through all of the right approval processes. We got the environmental reviews done, we brought it to the committee and got the land assigned to the MWR,” Bosch said. 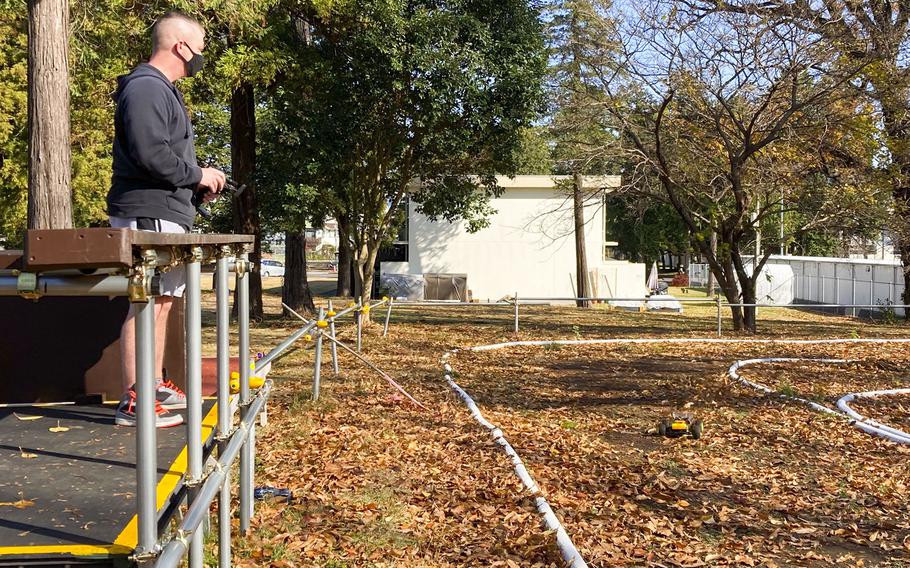 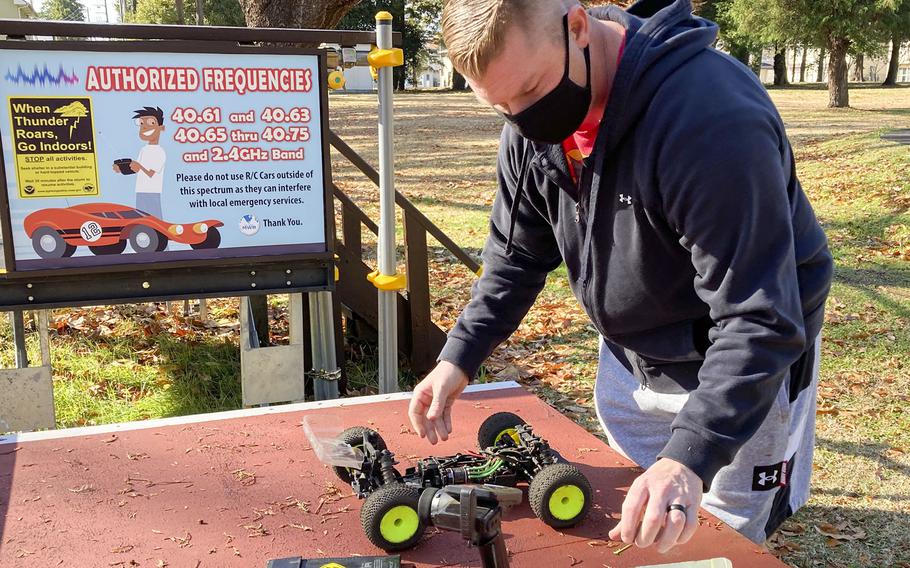 The recreation department turned to Burns for assistance designing and testing the track.

Burns, who has been stationed at Zama for a little over two years, builds and paints R/C kits. He said he was astounded at how fast the track was completed.

Burns said there are no plans to create a track for “crawlers,” slower, high-torque vehicles that climb over rough trails and rocky terrain, although some people have expressed interest in one.

The track can be modified and configured throughout the year, Bosch and Burns said. It’s open daily during daylight hours and admission is free.

“I think the community needs it,” Burns said. “You know Japan is into R/C cars, there’s lots of tracks out here. I grew up racing R/C cars since I was 5 and it was important to me to have that connection with my dad and to do something fun together.”

The area around Camp Zama offers few options for R/C enthusiasts, Burns said, so the base track is a gold mine of opportunity.

“I think bringing that to the community here, especially during the COVID era, when we couldn’t really leave or go far, is a great opportunity for kids and parents to have fun together in a local community,” Burns said.