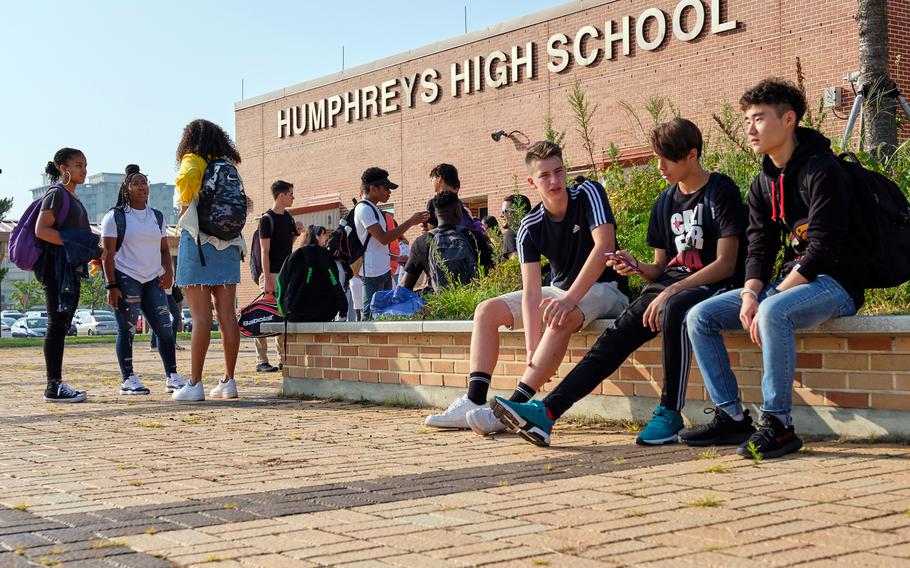 A “concerning” message circulating among students was relayed by a parent to Humphreys High School faculty on Wednesday morning, principal Erin Grazak said in a letter to families.

The command assessed “there is no immediate risk associated with this incident,” Eighth Army spokesman Neil Penttila said in a statement provided to Stars and Stripes on Thursday.

“Investigators have identified multiple persons of interest and are actively investigating,” the garrison said in a Facebook message Thursday evening.

Grazak, in her letter to parents, said “threats of any nature, even if deemed not credible, are taken very seriously.”

“We understand our parents entrust us with the safety of their children every day, and this is a responsibility we do not take lightly,” she wrote.

Miranda Ferguson, spokeswoman for the Department of Defense Education Activity – Pacific, declined to provide details about the social media post, citing “the ongoing nature of the investigation.” The school is working with military and law enforcement officials in their investigation, she said in an email Thursday to Stars and Stripes.

No other schools on U.S. military bases in South Korea were placed on alert or had a military police presence, Ferguson said.

Classes were not canceled, and military police remained at the high school Thursday. No classes are scheduled Friday due to a training day, according to Ferguson and the school calendar.

Roughly 28,500 U.S. troops are stationed in South Korea, the majority of them at Humphreys. Over 32,000 people, including service member families, contractors and Korean employees, access the base each day.