Prime Minister Scott Morrison warned the presence of a Chinese spy ship off Australia’s coast showed there was “a very serious situation in the Indo-Pacific,” as tensions between the two countries show no sign of waning.

The Dongdaio-class vessel had been detected circling Australia’s coast in August and September for three weeks, collecting intelligence from military installations, the Daily Telegraph reported Friday.

Australia, a close ally of the U.S., has seen its relations with China nosedive under Morrison’s watch, with sanctions and reprisals implemented on exports ranging from coal and wine to lobsters, and ministerial ties in a deep freeze. In September, Australia joined a new Indo-Pacific security partnership with the U.S. and U.K. that will allow it to acquire nuclear-powered submarines, a move that has further agitated Beijing.

Morrison said his government was “dealing with these very significant security issues and the economic challenges that we have. We are seeing that at large in the South Pacific even now in the Solomons.”

Chinese Foreign Ministry spokesman Zhao Lijian said Australia was “unethical in hyping up the China threat because it’s not based on facts,” at a regular press briefing in Beijing on Friday. Australia “will only end up hurting itself,” he added.

In a separate speech in Canberra on Friday, Defence Minister Peter Dutton warned that every major city in Australia is within range of China’s missiles. In recent weeks he said it would be “inevitable” for the country to be involved in a war between the U.S. and China over an invasion of Taiwan.

“The world would be foolish to repeat the mistakes of the 1930s,” Dutton said, making a comparison to the start of World War II with the perceived threat of China. “We live in times of high tension but the region is not on an inevitable path to conflict.” 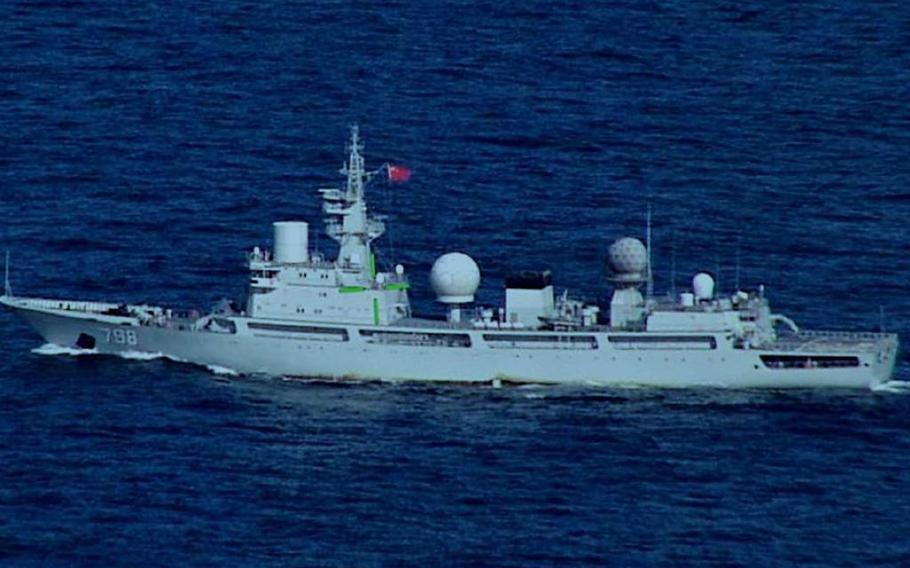