Japan is prepared to pay more to support US forces, according to local report 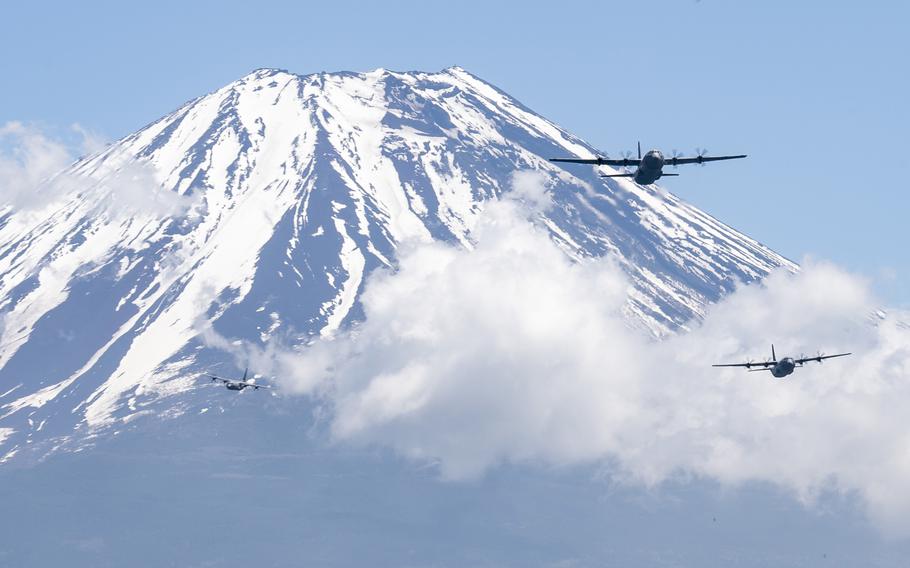 TOKYO – Japan is set to increase funding for American troops stationed in the country starting in fiscal 2022 with an agreement possible next month, according to government sources quoted by the Kyodo news agency.

Washington and Tokyo extended an agreement in February on Japanese financial support for approximately 54,000 U.S. troops. The agreement was due to expire in March but was extended for a year.

Officials have not disclosed the amount of support requested by the U.S. government in future years but it’s likely less than former President Donald Trump had demanded, Kyodo reported Thursday, quoting an anonymous Japanese diplomat.

"Prime Minister Fumio Kishida will make a final decision," the diplomat said, according to Kyodo.

Trump wanted Japan to pay $8 billion a year for hosting U.S. troops in the country, former national security adviser John Bolton wrote in his memoir, “The Room Where It Happened,” published in June 2020.

This fiscal year, which ends in March, Japan is paying $1.76 billion to support utilities, wages for local national staff and training and relocation costs for U.S. forces, Kyodo reported.

Japan wants the U.S. to spend any additional funds on things such as the maintenance of facilities that U.S. forces share with the Japan Self-Defense Forces rather than the cost of base utilities, government sources told Kyodo.

Japan is looking at adding a clause in the cost-sharing agreement to stipulate that its increased contribution go toward joint training and other activities, according to the sources.

Japan’s new prime minister is eager to strengthen the U.S.-Japan alliance and increasing his country’s contribution to the cost of hosting American forces is an easy way to do that, Jeff Kingston, director of Asian Studies at Temple University Japan, said in an email Thursday.

Tokyo slow-walked negotiations with the Trump administration in the hopes of securing a better deal, he said.

“But the security environment in Asia remains tense,” Kingston said, “so Kishida is eager to demonstrate that Japan is a reliable partner and willing to shoulder expanded burden sharing.”

The U.S. will have a strong say in how additional funding is spent, he said.

Japanese Foreign Minister Yoshimasa Hayashi could sign the agreement during a meeting of the allies' defense and foreign ministers, Kyodo reported. That meeting was expected within the year but could be delayed until early 2022.

Hayashi said during a Nov. 12 news conference that negotiations on host-nation support are continuing based on the February agreement. No specific date was scheduled for two-plus-two meetings as of Nov. 12, Hayashi said.

“Our policy is to continue taking appropriate measures in this negotiation based on the difficult economic situation our country is currently facing,” Hayashi said, “as well as the security situation in the region, which is growing increasingly severe.”