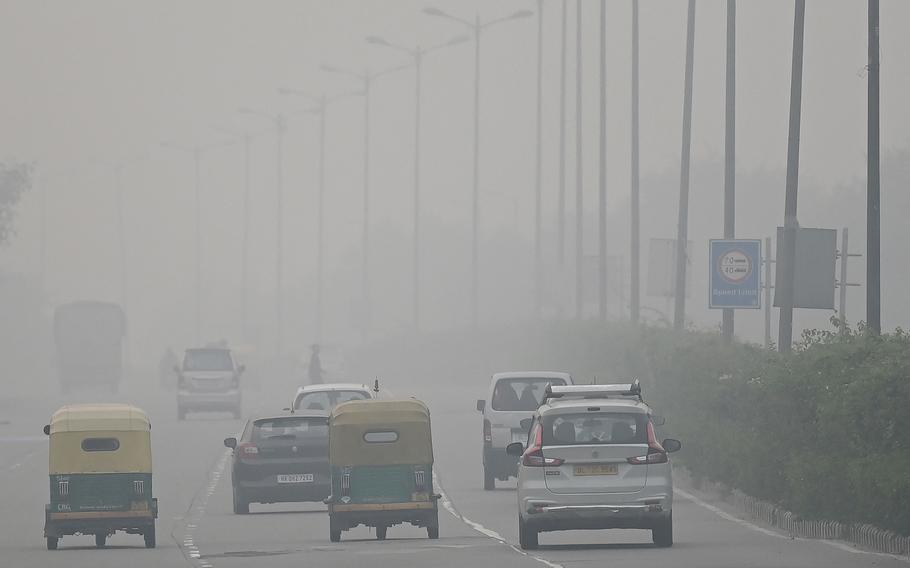 (Tribune News Service) — Toxic air shrouded India’s capital for a fourth consecutive day, making it the most polluted city across the planet and underscoring the risks faced by the nation highlighted at the ongoing global climate talks.

The air quality index, or AQI, for New Delhi was at 451 at 9:30 a.m. local time, according to website IQAir, which monitors air pollution around the world. Readings below 50 are considered safe, while anything above 300 is considered hazardous. Levels surged after people violated a ban on bursting firecrackers and stubble burning by farmers spiked in areas adjoining the capital. Some parts of the city recorded levels as high as 627.

The toxic air pollution levels underline the risks faced by India as it discusses climate priorities at the global negotiations at the COP26 summit in Glasgow. Prime Minister Narendra Modi pledged last week that the world’s third-worst emitter will aim to reach net-zero by 2070.

India has also committed to adding 500 gigawatts of non-fossil electricity capacity, half of energy from renewable sources by 2030 and to increasing its carbon intensity reduction goal — measured as carbon dioxide emissions per unit of gross domestic product — from 35% to 45%, by the end of this decade.

While the Indian capital suffers severe air pollution each year in the winters as farmers burn crop stubble, excessive reliance on fossil fuels, which form three-fourths of India’s energy needs, compound the problem. Of the top 10 most polluted cities in the world last year, nine were Indian, IQAir data shows.

Air pollution costs Indian businesses $95 billion or roughly 3% of its GDP every year, according to U.K.-based nonprofit Clean Air Fund and the Confederation of Indian Industry.