Marines halt live-fire training near Mount Fuji due to stray .50-caliber round 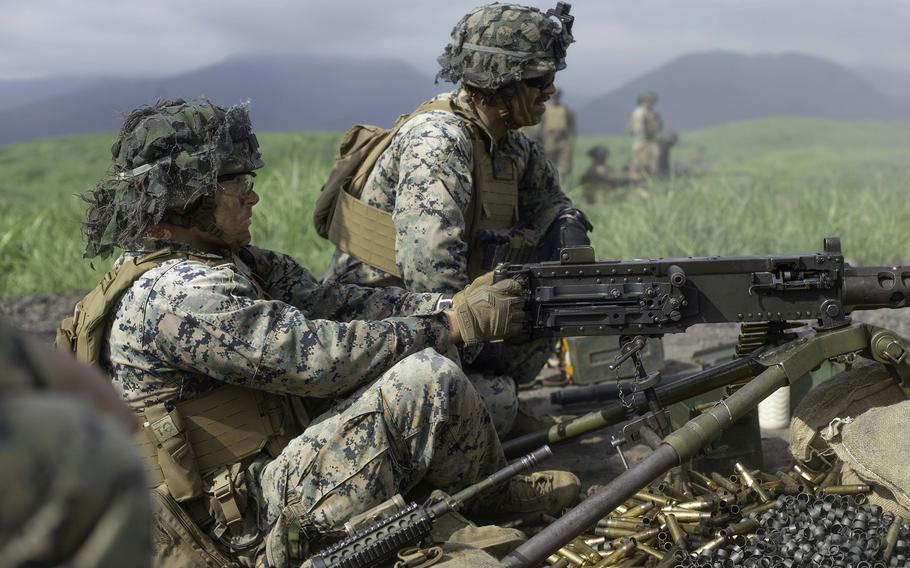 TOKYO – Marines stopped live-fire practice near Mount Fuji on Thursday after learning that a stray machine gun round may have landed outside their training area.

A .50-caliber round may have struck outside the East Fuji Maneuver Area at approximately 1.50 p.m., according to a statement Friday from Combined Arms Training Center Camp Fuji.

There have been no reports of damage or injury, the statement said.

“Officials reported the most likely impacted area is a heavily wooded, unpopulated mountainous area south of the [training area],” the statement said.

Training was immediately halted, the Marines said, and the incident is under investigation.

“The Marine Corps takes all potential training incidents very seriously and is committed to ensuring the safety of both our forces and the local communities we are here to protect.”

Camp Fuji spokeswoman Katie Gray, in a telephone call Friday, said she did not know which unit was involved in the incident.

In December 2019, the Marines suspended the use of illumination flares on Okinawa after several 60 mm mortar flare rounds were found outside training grounds near Camp Hansen.