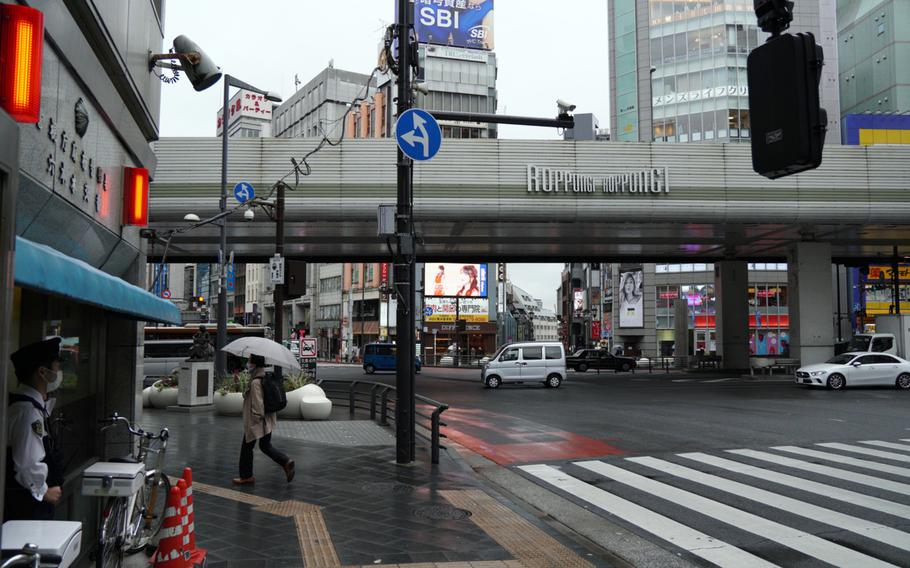 TOKYO — Japanese police have arrested a U.S. service member on suspicion of LSD possession in an area of the city known for its nightlife, the Mainichi newspaper reported Thursday.

Police discovered three “stamp-like” pieces of blotter paper soaked with LSD on the unidentified service member when they took him into custody after an Oct. 9 assault in Roppongi, according to the report. His urine sample also tested positive for LSD.

The service member, who is in his 20s, was rearrested Tuesday on suspicion of violating Japan’s Narcotics Control Law, according to the newspaper. His name, service branch and home installation were not identified in the report.

A Tokyo Metropolitan Police spokesman on Thursday told Stars and Stripes by phone the case is not one the police would publicize. He declined to comment further.

The service member told police he bought the psychedelic drug at a bar in Shinjuku on Oct. 8, according to the Mainichi report. He then visited Roppongi, where he argued with and punched a Japanese man in the face while “heavily intoxicated.”