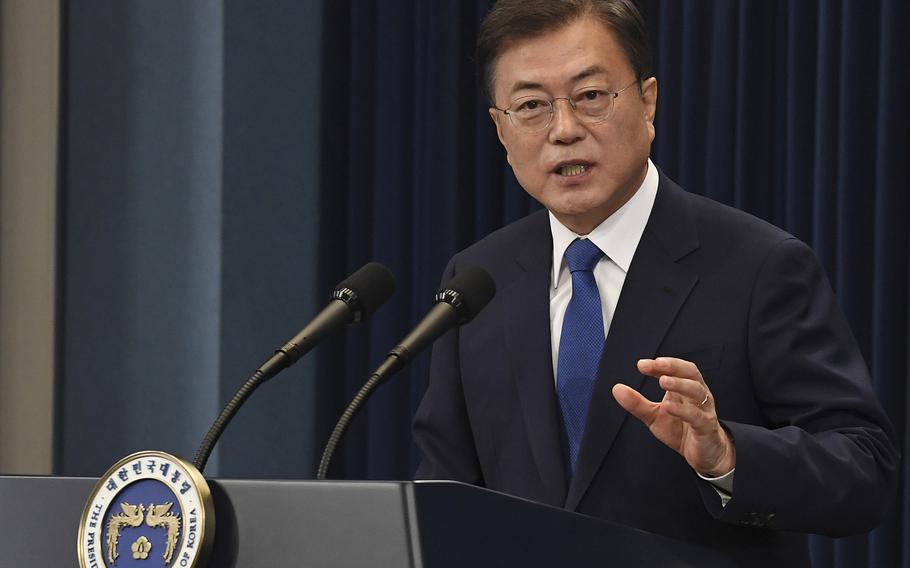 North Korea appears to have taken steps to conceal upgrades to an uranium-enrichment plant from spy satellites, as it reopens communications with South Korea’s pro-engagement president, Moon Jae-in.

Satellite imagery shows that previously reported construction in an area at the Yongbyon uranium enrichment plant has been covered to hide details of the building’s layout, the U.S.-based 38 North website said in a post on its website. It added that although there may be several reasons for the expansion, one option could be to increase production of fissile material.

The renovations could indicate North Korea plans to increase production by as much as 25%, weapons expert Jeffrey Lewis wrote on his Arms Control Wonk website in mid-September. 38 North had said earlier that the satellite imagery indicated cooling units were removed at the facility between Aug. 25 and Sept. 1, and the reason for the move was “unclear.”

The upgrade at the uranium-enrichment facility at Yongbyon comes after the International Atomic Energy Agency said North Korea had also resumed plutonium-production operations at its main nuclear complex for the first time in about three years.

The moves show that leader Kim Jong Un is ramping up production of material for nuclear bombs, which he kept churning out during disarmament talks with former U.S. President Donald Trump. Kim has piled pressure on President Joe Biden and Moon through tests in September of three new weapons systems designed to deliver nuclear weapons to all of South Korea and most of

Japan — two countries that host the bulk of U.S. troops in the region.

Kim offered an olive branch to Moon this week by restoring inter-Korean hotlines that Pyongyang let go silent for about two months and dangled the prospects of another face-to-face meeting before the South Korean leader leaves office next year.

The change in tone likely has a lot to do with the political calendar in Seoul. South Korea elects a new president in March and time is running out for Moon to make good on one of his core pledges to bring the two Koreas closer to peace. North Korea likely sees the election as a chance to win concessions from Moon and get him to press the U.S. to do the same.

Andrew Kim, the former head of a CIA center in charge of countering threats from North Korea, said he expects a video summit to take place before Moon leaves office, Stars and Stripes reported Wednesday.

North Korea turns out about enough fissile material for five to six nuclear bombs a year, according to estimates by weapons experts, and has a stockpile large enough for about 30 to 60 weapons.

The Yongbyon nuclear complex, which has served as the crown jewel of North Korea’s atomic program, is an aging facility about 100 kilometers (60 miles) north of Pyongyang that once was the only source of its fissile material. It churned out roughly enough plutonium each year for one atomic bomb.

Since then, North Korea has used uranium enrichment as the main source of fissile material for weapons.