CAMP FOSTER, Okinawa — A U.S. civilian working for the Army and Air Force Exchange Service on Okinawa pleaded guilty to attempted rape and theft charges in a Japanese court on Wednesday.

Rushane Joel McKoy, 25, of Chatan Town, was arrested in July after a local woman accused him of trying to force her to have sex in mid-April. The theft charge stems from a separate incident in August 2020, when he was accused of taking a shoulder bag containing 7,000 yen in cash, or about $62.

McKoy, who works for an exchange store at Marine Corps Air Station Futenma, apologized during his first appearance in Naha District Court on Wednesday, blaming his crimes on depression and substance abuse. He promised to seek counseling if given a second chance.

“I regret everything that I did,” he told a three-judge panel. “I promise I’m not going to hurt anyone else anymore.”

McKoy appeared calm as he stood before head Judge Koji Oohashi and watched intently as prosecutors detailed his crimes, sometimes looking down at the floor.

The rape attempt happened in a parking lot at an undisclosed location just before 6 a.m. on April 17, prosecutors said. McKoy grabbed the woman, who is in her 30s, from behind and fondled her breasts. He then pushed her to the ground, exposed his genitals and attempted oral sodomy several times but failed because she resisted.

The attack ended when the woman screamed, according to police. McKoy ran to his car and drove away, prosecutors said, and the woman called police.

McKoy was initially placed on house arrest on July 2 due to the theft charge, prosecutors told the court Wednesday. He was taken into custody on July 15 for allegedly pushing a police officer during a search of his home. He was released July 30 but immediately rearrested for suspicion of attempted forcible sexual intercourse.

McKoy’s wife was called to testify on his behalf on Wednesday. The unnamed woman told the court her husband was a “quiet” and “gentle person” and she couldn’t believe the accusations.

Their problems began when the coronavirus pandemic struck last year, she said. McKoy became depressed as he worked two jobs to support his family, which led to his excessive drinking.

“I know he regrets it,” she told the judges. “He knows where the problem is. He knows he needs mental counseling.”

She asked the court for leniency and vowed to go to counseling with her husband, to make sure he refrained from alcohol and to monitor his computer and phone usage.

McKoy will be back in court on Oct. 18 for the conclusion of his trial, Oohashi said.

A rape conviction could bring more than five years in prison with hard labor, according to the Japanese penal code. However, it is possible to receive less time for attempted rape, a spokesman from Japan’s Ministry of Justice said Wednesday.

The theft charge could bring up to 10 years in prison or about $4,500 in fines, the penal code states. 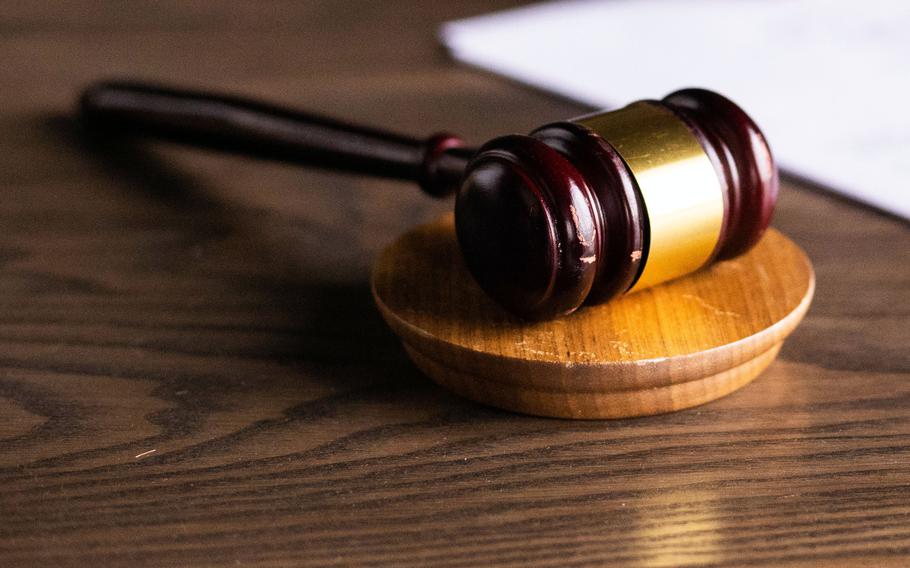