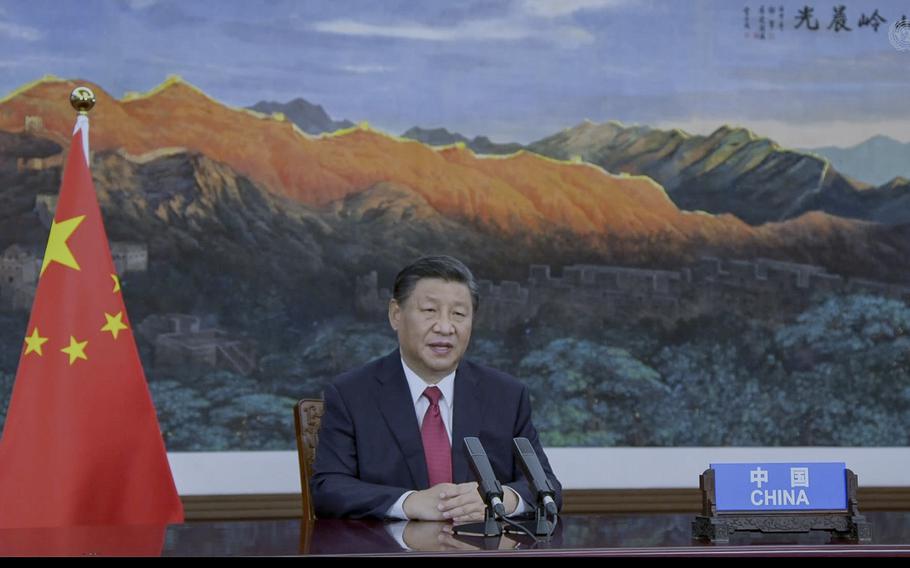 The imminent collapse of Evergrande, the world’s most heavily indebted real estate developer, marks the end of China’s housing boom and threatens to stall more than a year of rapid economic recovery from coronavirus-induced lockdowns.

The knock-on effects of slower Chinese growth would be felt around the world. But so far, Beijing’s approach to Evergrande’s travails seems likely to contain the financial fallout to more of an implosion than a wider international explosion.

On Tuesday, Goldman Sachs lowered its forecast for the country’s economic growth in 2021 to 7.2% from 8.2%, citing uncertainty over how the Chinese government would manage Evergrande’s stress, as well as energy shortages that undermine industrial output.

Despite being one of the country’s biggest developers, Evergrande’s crisis is unlikely to end in a government bailout. Fed up with financial risks created by the sector’s excessive borrowing, authorities would rather guide the conglomerate through a “controlled demolition,” or managed collapse, according to Homin Lee, a strategist at Lombard Odier.

Evergrande has stayed silent since missing a $83.5 million interest payment on one of its offshore bonds on Thursday and entering a 30-day grace period before it defaults. The company has a further $547.6 million to pay in offshore bond coupon payments before the end of the year.

Uncertainty over Evergrande’s ability to resolve the crisis is intensified by Beijing’s determination to tackle ballooning real estate debt. Analysts are questioning whether the Chinese government can make an example of Evergrande while also avoiding a crash landing for housing prices that would ricochet through the economy.

“Evergrande itself is unlikely a systemic risk to China’s economy and financial system,” but markets should not be complacent, Nomura analysts wrote in a research note last week. “In our view, Beijing’s determination to suppress the whole property sector, not the fallout of Evergrande, is what represents the major near-term risk to China’s growth and financial stability.”

Evergrande’s ability to accumulate $300 billion in debt - about 2% of China’s gross domestic product - in part reflects investors betting on a stunning creation of wealth from rural families pouring into Chinese cities. Since the 1990s, ballooning demand for homes - and government reliance on land sales for income - meant developers had easy access to credit, allowing them to aggressively borrow and build.

That growth engine is now sputtering after regulators drastically reduced the sector’s access to loans. Evergrande’s crisis is further dragging down land and home sales, in what is shaping up to be the sector’s sharpest slowdown since 2014. A recent land auction in the southern city of Guangzhou, usually one of China’s hottest real estate markets, ended with only half the lots being sold.

But the economic fallout is not the only consideration for the Chinese Communist Party. Regulators’ scrutiny of Evergrande’s debt comes amid a sweeping political agenda to curb “excessive wealth” and private businesses that the party believes cause social instability and inequality.

In recent months, the campaign led by Chinese President Xi Jinping has wiped billions off the valuations of China’s leading internet conglomerates and silenced previously outspoken billionaires such as Jack Ma, the founder of e-commerce group Alibaba.

Instead of relatively lax regulation for technology giants, property developers and the entertainment industry, Xi has pledged new laws and regulations to ensure the spoils of successful private enterprises are shared across society under a mantra of “common prosperity.”

Scrutiny of the highly leveraged property sector fits squarely in that broader trend. “Evergrande is not the only source of the debt problem, it’s an exemplar of the broader problems in the property sector,” said Logan Wright, director of China markets research at Rhodium Group, a research firm. “It’s exceptional because of size, not methods.”

For the Chinese government, which wants to introduce a better understanding of risk into the Chinese financial system, the calculus may have fundamentally changed, making it unwilling to step in to stabilize the market, Wright said.

But if authorities mishandle the situation, they could inadvertently spark further contagion. “The system becomes more fragile when Beijing is in the process of reforming it,” he said.

Even so, “China’s goal is to reduce risk, it’s not to trigger a crisis,” said Bo Zhuang, a Singapore-based economist at Loomis, Sayles & Company, an investment management firm. A series of announcements from Chinese policymakers meant ratings agencies classified Evergrande bonds as risky junk months ago, unlike Lehman Brothers’ bonds that were rated as investment-grade days before its collapse.

International creditors, including BlackRock and HSBC, are a low priority for government payouts, but the markets appear to already have priced in significant losses, given the bonds are trading at a heavy discount, Zhuang said.

For the Chinese leadership, the main concern is managing domestic fallout. Evergrande’s bankruptcy could leave a vast network of banks, retail investors and suppliers out of pocket. Many of the company’s employees, drawn by promises of high returns, bought its wealth management products. Thousands of home buyers paid upfront for apartments they fear will never be finished.

At stake is the party’s coveted image as a successful steward of the Chinese economic miracle and its unspoken pact with Chinese citizens: We will provide opportunities to become wealthy if you stay out of politics.

So far, public anger has largely been directed at Evergrande and its billionaire founder, Xu Jiayin. On Monday, a video of an Evergrande creditor yelling at the company’s executives for “throwing money into the dirt” with spending on private jets and villas was shared widely on social media.

Yet, further contagion that leads to plummeting house prices could spark a larger public backlash against government policies. Property accounts for 80% of household wealth. Past falls in housing prices often sparked protests from middle-class homeowners who bought apartments assuming their value would increase.

Faced with social unrest, the government has begun to quietly introduce policies to limit fallout from Evergrande’s expected default.

Local governments in at least eight provinces have transferred Evergrande’s funds into special custodian accounts to ensure that the money goes toward completing unfinished houses, not paying off the company’s debts, according to Caixin, a Chinese financial publication.

In recent days, at least nine municipal governments from midsize cities have placed limits on apartment discounts, out of fear that cash-strapped developers may resort to a fire-sale to meet year-end targets, a development that would further tank home prices.

In Zhangjiakou, a city of 4 million that will host Alpine skiing events during the 2022 Winter Olympics, prices had already dropped by 40% before the government intervened.

Only 50 minutes from downtown Beijing by high-speed rail, the city in recent years has been a popular destination for investors who snapped up new apartments hoping to sell them at a markup.

Even before Evergrande’s crisis, the struggle to break even was distressing some Zhangjiakou homeowners. In July, local police detained a man and a woman for 10 days for “disrupting public order” after they threatened to jump from a high-rise building to protest their recently purchased apartment’s rapidly declining value.

The Washington Post’s Alicia Chen in Taipei contributed to this report.