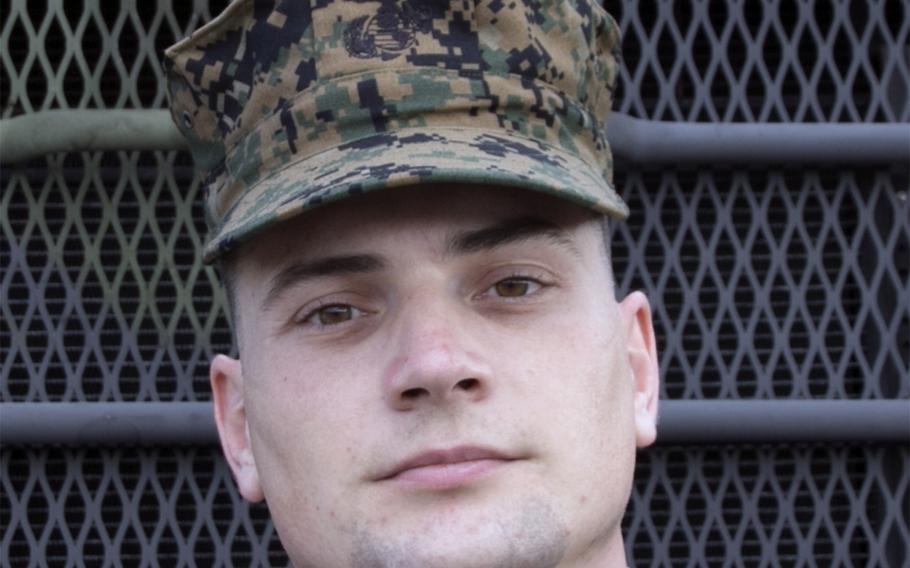 “One of the vital things we tried to get in there was water,” the 32-year-old from Baltimore recently told Stars and Stripes at Camp Courtney. “We had a lot of water purification and a lot of bulk water sites but then we couldn’t really distribute that to the populace.”

Kittrell’s simple, cost-effective way to solve that problem earned him the Navy and Marine Corps Achievement Medal from Lt. Gen. Stacy Clardy, commander of III Marine Expeditionary Force. His invention is also being developed for use by the force.

Kittrell’s was one of several proposals highlighted Sept. 15 at an award ceremony for III MEF’s second annual Big Ideas Challenge. Winners, this year, focused on solving problems in humanitarian and expeditionary advanced base operations, a new warfare concept in the Indo-Pacific region.

The challenge is open to U.S. military affiliates in Japan and this year accepted 94 submissions between April 28 and June 6, III MEF spokesman 1st Lt. Kazuma Engelkemier said Tuesday. Clardy presented awards to 11 finalists, including a civilian, at the ceremony at III MEF headquarters aboard Camp Courtney.

The Marines select dozens of innovations each year to further develop, Lt. Col. Matthew Neely, the force logistics innovation officer, said Tuesday at Courtney. He said some are sent to higher headquarters and some are developed within III MEF on Okinawa, depending on cost and scale.

Kittrell, at the time a III MEF operations officer, supervised deploying Marines on a relief mission to the Philippines in Haiyan’s wake.

His Marines kept reporting bottlenecks at distribution sites, where thousands of people lined up for water at five or 10 access points. Debris prevented trucks from moving water around.

The problem stayed with Kittrell, and in 2020 he built his own solution at Camp Hansen using two-by-fours, PVC pipe and garden hoses.

“We took this A-frame and we essentially put this PVC pipe on top of it with 10 garden hoses hanging down,” he said. The field-expedient water distribution system was born. 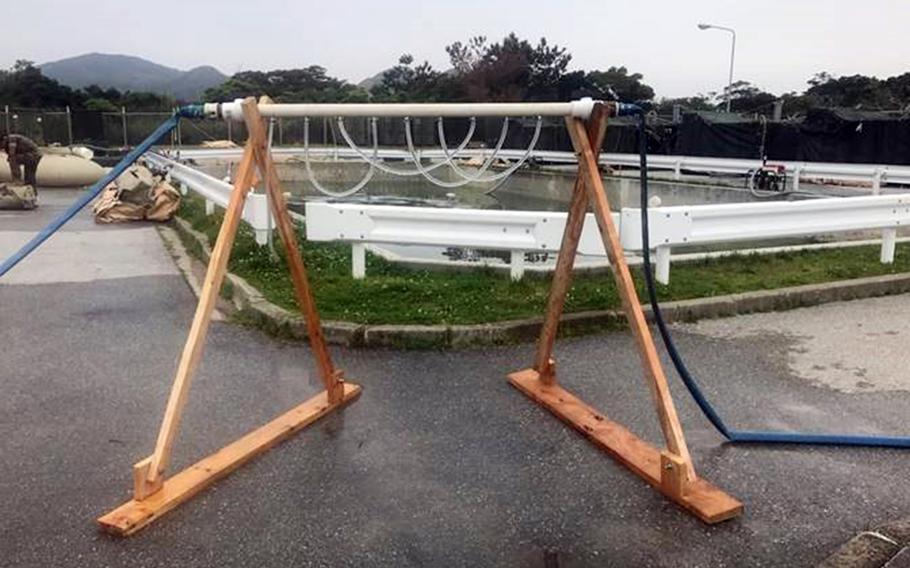 The system plugs into an already established, recirculating bulk water site, Kittrell said. Hoses are laid around the city and the system is positioned at intervals.

“That allows people to walk up and go directly underneath the garden hose, turn it on and fill up their water bottle,” he said. “If I have a hose that runs a quarter of a mile, I can set these up continuously all the way down there, and now, at one go, you can have 1,000 people come up and get water.”

The idea may have withered on the vine if not for the Big Ideas Challenge, Neely said.

He said the challenge allows Marines like Kittrell to put good ideas in front of a three-star general, who can act quickly.

“It’s a great way to just pitch the idea and see if it even makes sense, if it’s feasible, if it is a good idea,” Kittrell said.

Other proposals this year included a cloud-based supply program and fuel trucks built for the Pacific that fit aboard the Corps’ C-130 fleet, Neely said.

Big Ideas taps the wisdom and experience of all Marines, Kittrell said.

“You can have Marines at all levels find solutions that are really practical and sometimes really simple,” he said. “And you just wonder to yourself, ‘Why have we never done this?’”