‘We know what’s coming to us’: Defense experts warn about military costs of climate change 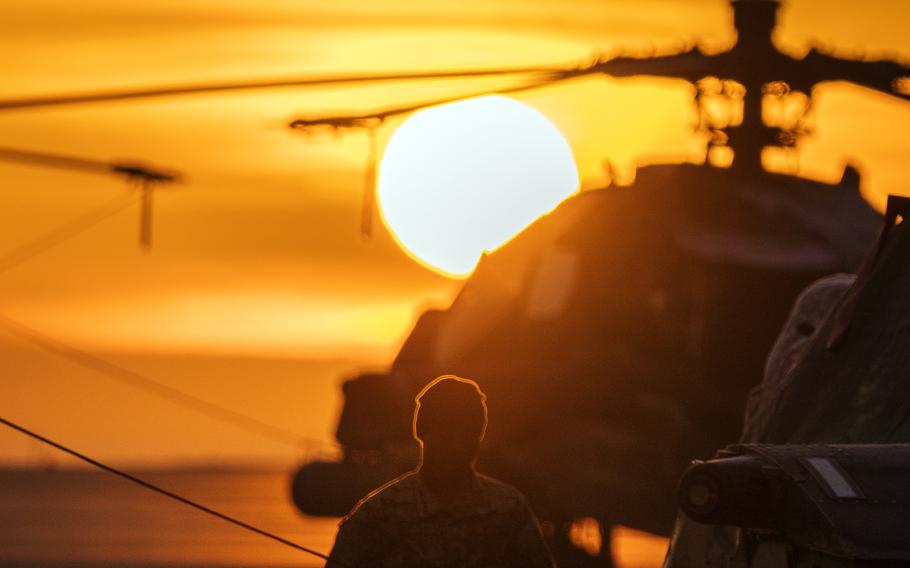 Global temperatures are expected to reach a warming threshold of 2.7 degrees Fahrenheit in the next 20 years, United Nations climate change experts reported in August 2021, “unless there are immediate, rapid and large-scale reductions in greenhouse emissions.” (Robert Fellingham/U.S. Army)

CAMP HUMPHREYS, South Korea — Leaders from defense institutes across the world converged in Seoul this week to raise the alarm on military threats posed by “irreversible and abrupt climate change.”

Global temperatures are expected to reach or surpass a warming threshold of 2.7 degrees Fahrenheit in the next 20 years, United Nations climate change experts reported in August, “unless there are immediate, rapid and large-scale reductions in greenhouse emissions.”

Without action, the planet is in store for increasing heat waves, longer warm seasons and continued sea-level rise, contributing to coastal flooding and erosion, according to the report.

Panelists from the United States, France, Switzerland, Netherlands, India and Bangladesh gave their assessment of these threats during a three-day seminar hosted by South Korea’s Ministry of Defense.

Tom Middendorp, Netherlands’ former chief of defense and chairman of the International Military Council on Climate and Security, warned Wednesday that nations had “a responsibility to prepare” for the implications of climate change.

“I cannot remember any other conflict in my military experience where we had this level of scientific foresight,” he said during the virtual portion of the seminar. “We know what’s coming to us.”

The Netherlands, according to Middendorp, appropriates a significant amount of its defense budget for “protection against the sea," because much of its population lives below sea level.

“As sea level rises, it’s a big issue in a country like the Netherlands,” he said.

Severe heat patterns are also already having a direct impact on military equipment, according to Shafqat Munir, head of the Bangladesh Center for Terrorism Research.

Troops stationed in Mali as part of a United Nations’ peacekeeping force have been unable to use their communication devices until the evening, when the temperature cools off, Munir told the panelists.

“Excessive heat is going to render military equipment useless,” Munir said. “We’re already seeing some of that in action.”

The U.S. military recently described climate change as a top national security issue and incorporated it into its wargame simulations. A Defense Department assessment in 2019 found 79 installations impacted by climate change.

“Today, no nation can find lasting security without addressing the climate crisis,” Defense Secretary Lloyd Austin said during a climate change seminar in April. “We face all kinds of threats in our line of work, but few of them truly deserve to be called existential. The climate crisis does.”

Climate change’s biggest impact on national defense is the way it “undermines and destabilizes societies,” said Sharon Burke, a former U.S. assistant secretary of defense for operational energy. She told the panel that while the military is unable to fight climate change through conventional means, it “may well result in military missions” ranging from humanitarian, disaster relief and combat.

“If the nations of this world are unable to cut greenhouse gas emissions … if we fail, then militaries should be planning for profound insecurity and more military missions later in this century, or possibly sooner, if we hit certain tipping points,” Burke said.