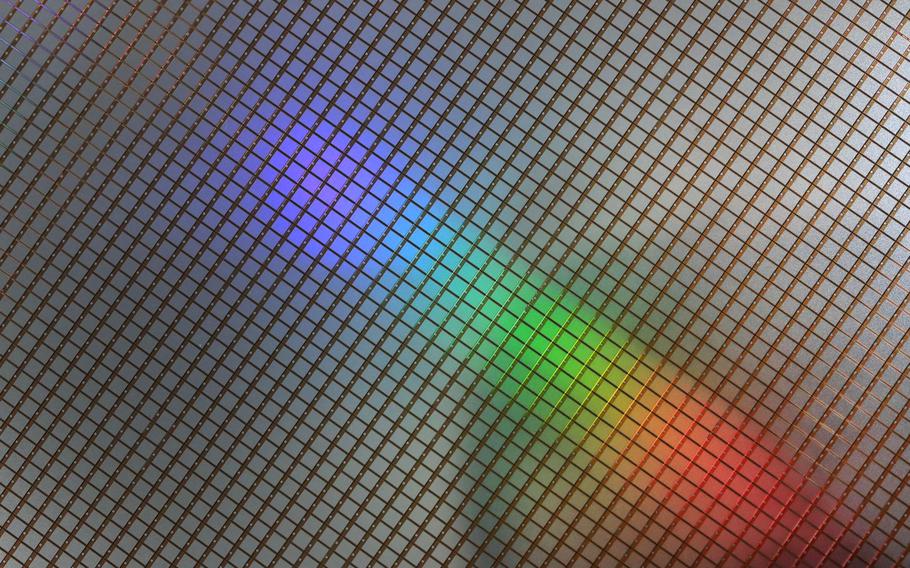 A 300mm silicon wafer at the semiconductor fabrication plant operated by Robert Bosch in Dresden, Germany, on May 31, 2021. (Krisztian Bocsi/Bloomberg)

The Malaysian semiconductor firm Unisem will shut some plants for seven days after three employees died recently from Covid-19, dealing a fresh blow to the chip supplies that carmakers and other companies rely on.

The company said it will close Ipoh plants in the state of Perak until Sept. 15 to curb the spread of the disease, which Chairman John Chia said had infected several employees and caused three deaths. The company will then limit the number of staff allowed into the facilities when they reopen. Unisem, which provides packaging and testing services, gets about 12% of its revenue from the auto sector, 28% from communications and 30% from consumer segments.

Unisem is one of several large Malaysian-based chip assemblers and testers for the likes of Infineon Technologies and STMicroelectronics. The suspension of its plants underscores how Covid-19 is disrupting key portions of a global supply chain already struggling with inadequate capacity, particularly for a variety of low-end chips that automakers from Tesla to Toyota require to make their cars. The Japanese giant said last month it would suspend production at 14 plants because suppliers, particularly in Southeast Asia, have been hit by new Covid infections and lockdowns.

"Our customers are screaming as we are vital part of the supply chain," Chia said in a text message, adding that the company has begun an on-site vaccination program for staff. "We will continue till all our employees, customers, resident engineers and contractors have been vaccinated."

Malaysia has been struggling to contain a surge in Covid-19 cases, while keeping its economy on track. New reported infections soared to a peak of more than 20,000 a day during August and have since declined to about 18,000 as vaccinations accelerate.

The closure is projected to cut about 2% from Unisem's annual production, the company said in a filing Wednesday. Unisem was estimated to generate about $360 million in revenue this year before the plant closures, and has a market valuation of about $1.7 billion. Shares have climbed about 38% this year.

Unisem conducted a private vaccination program from Sept. 1 to Sept. 3 where most of its employees received their first dose of the vaccine. They'll maintain strict procedures to mitigate infection, Chia said.

"We anticipate that the sales and production at our Ipoh plants (in Perak) will continue to be adversely impacted in the coming months due to headcount limitation until such time the pandemic subsides significantly," the company said in Wednesday's filing with the local stock exchange.