CAMP HUMPHREYS, South Korea — A woman from the Philippines is under arrest on suspicion of beating to death the 3-year-old son of a U.S. soldier left in her care, according to South Korean police.

Police declared the child dead after finding his bruised body Sunday morning at a home in Pyeongtaek city, near Camp Humphreys, a South Korean criminal investigator told Stars and Stripes on Monday.

Arrested the same morning, the unidentified woman, 30, told police she had “beaten the child to death in order to send him to heaven because the child was possessed by an evil spirit,” the investigator said.

Police responded first to a disturbance call from local residents who said they found another child, a 7-year-old boy, crying outside a home, the officer said. “My younger brother appears dead,” the boy told the residents, according to the investigator.

Inside, the local residents found the younger boy unresponsive and contacted police. After declaring the boy dead, police found bruises on his face, back and other parts of his body, the investigator said. He said the older boy did not appear physically injured.

Police responded around 7:30 a.m. to a separate call of a naked, incoherent woman wandering the streets for about 40 minutes.

After taking her into custody, Pyeongtaek police learned the boys’ father, had left them with her around 10:20 p.m. Saturday, the investigator said. The father, whose name the police did not release, was expected to pick them up Sunday morning.

Government officials in South Korea customarily speak to the media on a condition of anonymity.

The woman knew the soldier from a bar near Camp Humphreys where she worked, according to police. The investigator said the woman arrived in the country after marrying a South Korean man in 2019. The couple later divorced.

Eighth Army and the 2nd Infantry Division in an email Tuesday to Stars and Stripes described the incident as a “terrible tragedy” and said they “will do everything possible to care for the family in this time of profound grief and loss.”

The U.S. commands will cooperate with the Korean National Police investigation, according to the statement. 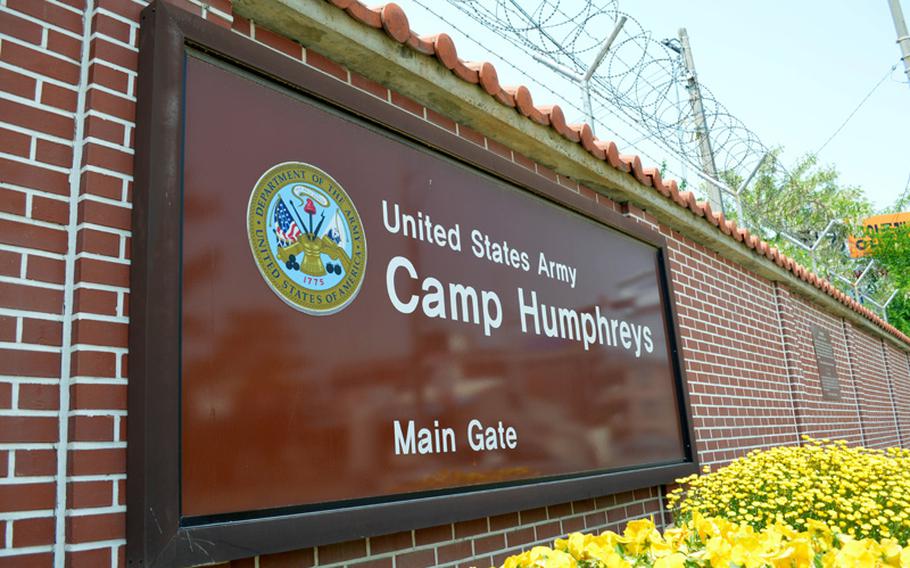