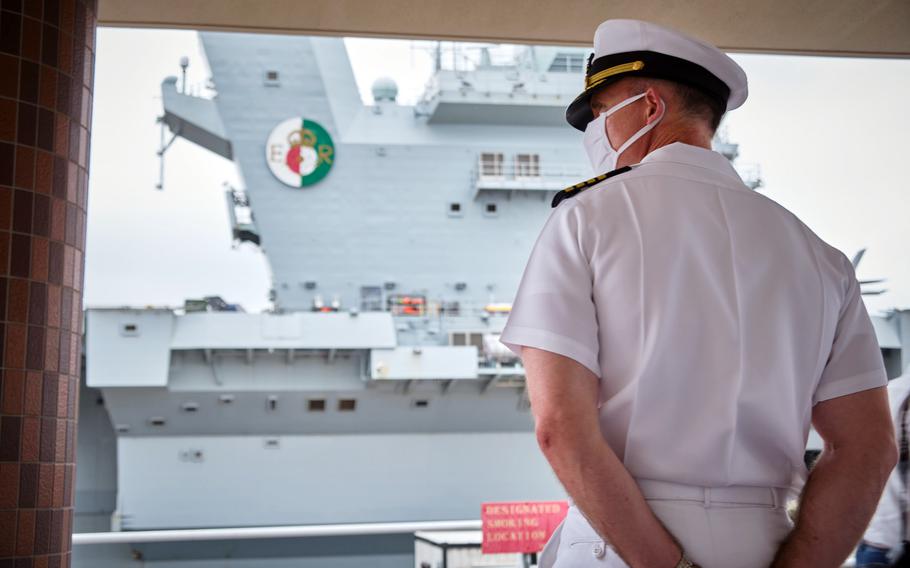 YOKOSUKA NAVAL Base, Japan – The HMS Queen Elizabeth steamed into the home of the U.S. Navy’s 7th Fleet on Saturday, marking the first time in decades a Royal Navy aircraft carrier has visited Japan.

Scores of British sailors manned the rails and a Navy band performed festive music as military and government officials from the United States, United Kingdom and Japan watched the carrier move into a berth usually used by the USS Ronald Reagan. The Ronald Reagan is in the Arabian Sea supporting the U.S. withdrawal from Afghanistan.

The Queen Elizabeth’s arrival is a “historical event,” in part because a U.K. carrier hasn’t made a port call on Japan in decades, Capt. Simon Staley, the U.K. defense attache to Japan, told Stars and Stripes at the berth on Saturday.

“And this is the first time that I know of that another country’s aircraft carrier has [docked] in Yokosuka,” he said. “This once again reinforces the relationship between the U.S. and the U.K. globally as the strongest of allies.” 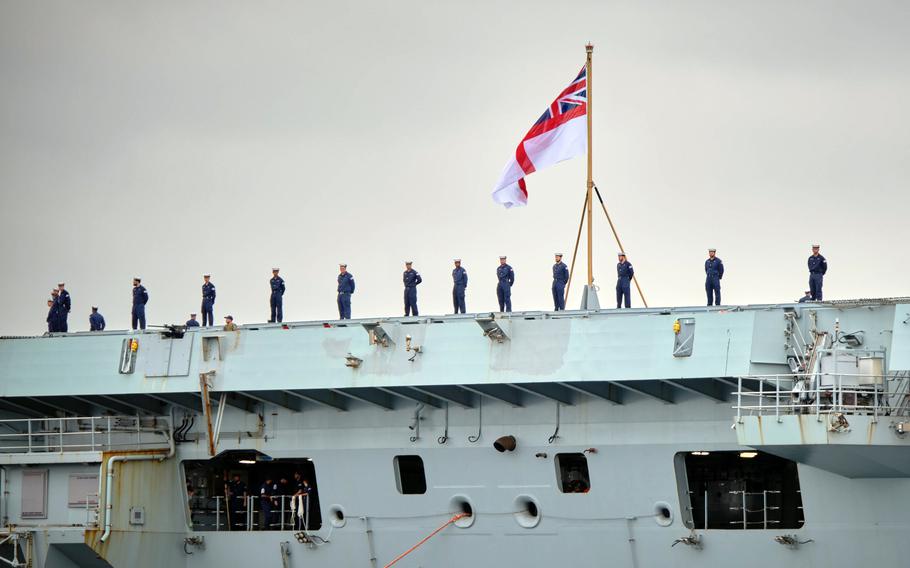 The Queen Elizabeth’s Yokosuka visit is taking place during the second leg of the ship’s maiden deployment, which is expected to last nearly eight months, span 26,000 nautical miles and include stops in 40 countries.

No other ships in the U.K. Carrier Strike Group are expected to visit the naval base, Cmdr. Katie Cerezo, spokeswoman for Naval Forces Japan, said by phone on Saturday. The HNLMS Evertsen, a Dutch frigate sailing with the group, arrived at a nearby Japan Maritime Self-Defense Force base on Sunday.

The strike group plans to hold air and naval training with the Japanese Self-Defense Force, drills that could utilize the U.S. Marine F-35B Lightning IIs aboard the Queen Elizabeth.

The Queen Elizabeth arrived in Yokosuka four days after the departure of another carrier, the USS Carl Vinson, which spent four days at the naval base just south of Tokyo.

While Carl Vinson sailors were limited to activities on base, Staley said the Queen Elizabeth’s crew will be staying aboard the carrier, which is expected to leave on Wednesday. The U.K. strike group suffered a coronavirus outbreak in July.

“Because it’s a short visit, the government of Japan and the U.K. have agreed that no U.K. service personnel will depart the ship,” he said. 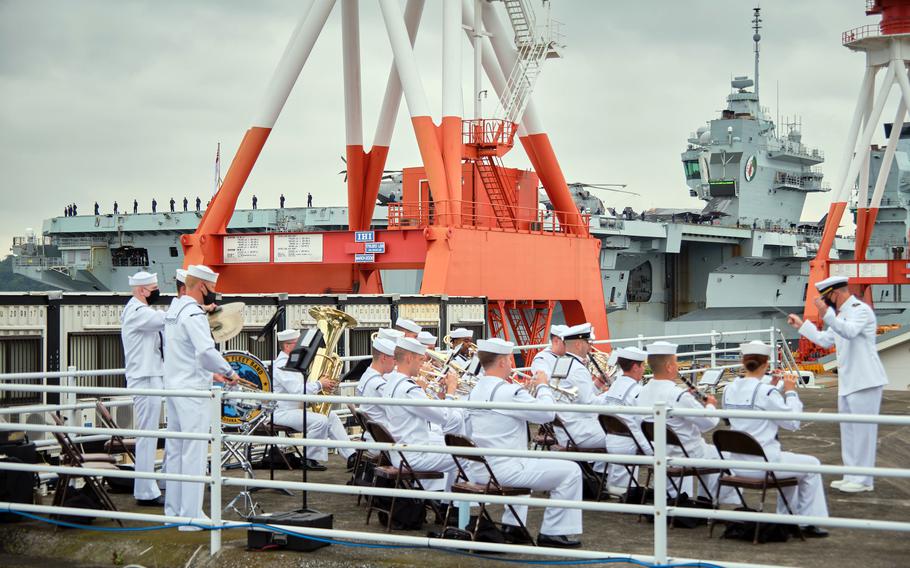 Several personnel from the British Embassy Tokyo will be allowed to go aboard the Queen Elizabeth for the express purpose of facilitating “ministerial-level” meetings, Staley said.

“Since they’re here, our wish was for them to be able to enjoy Japan,” said Vice Adm. Hideki Yuasa, commander in chief of the Japan Maritime Self-Defense Force’s Self-Defense Fleet, told Stars and Stripes near the berth on Saturday. “When things improve, I hope they can come back to visit and enjoy Japan.”

Staley said Japan will be the carrier’s easternmost stop before it returns to the U.K. later this year.