Congress takes aim at China’s recruitment of talent in US

Congress is aiming to hobble China’s ability to recruit scientists and academics in the U.S. as part of broader moves in Washington to confront the Asian nation’s growing clout.

A recently passed House bill to bolster American research and development would bar scientists and academics from participating in U.S.-funded research projects if they are also receiving support from Beijing.

“For years, Congress, federal research agencies, the national security agencies and universities have been working to root out malign foreign talent recruitment,” Iowa Republican Representative Randy Feenstra, who introduced the measure, said during a committee hearing on the legislation. “The time has come to simply prohibit them from receiving U.S. taxpayer dollars.”

Chinese Foreign Ministry Spokesman Zhao Lijian avoided a question on the bill during a regular press briefing Monday in Beijing, saying he was unaware of the matter.

House passage of the restriction is yet another sign of the strained relationship between the world’s two biggest economies, even at the level of academic inquiry that has attracted hundreds of thousands of Chinese students and scholars to the U.S. It comes as the U.S. government is taking a harder line on China. The Biden administration is planning a host of moves to protect American interests in the region, including issuing a warning Friday to investors about the risks of doing business in Hong Kong. Meanwhile, Congress is moving to punish the government in Beijing over trade, human rights and intellectual property.

The question of how to counter attempts by Beijing to obtain sensitive or proprietary information through means other than traditional espionage has proved vexing for lawmakers and law enforcement officials alike. According to the Justice Department, there is a link to China in about 60% of all trade secret theft cases and about 80% of all economic espionage prosecutions involve conduct that would benefit the Chinese government.

The Senate took a stab at it with a proposal to give closer federal scrutiny of donations to U.S. institutions of higher education from overseas. However, that was watered down when it was included in broader legislation to enhance U.S. competitiveness after colleges and universities complained that its requirements would be onerous and ultimately harmful to U.S. innovation.

Feenstra’s provision would have the National Science Foundation establish a requirement that individuals certify that they aren’t an active participant of a “malign foreign talent recruitment program.” Although it includes North Korea, Russia and Iran, it is clearly aimed at China’s Thousand Talents program to attract scientists and entrepreneurs from top U.S. institutions. The Chinese government-backed initiative has been tied to several high-profile arrests, including Harvard professor Charles Lieber, who was indicted on charges of making false statements to federal authorities regarding his participation in the program. Lieber has pleaded not guilty and is awaiting trial.

The American Council on Education, a trade group for U.S. universities, said it’s been watching the Thousand Talents program since China’s talent recruitment plans were the subject of a 2019 Senate report, said Sarah Spreitzer, director of government relations. The report concluded that China seeks American research and expertise for its own economic and military gain.

Lawmakers have been clear that they don’t want to stop all academic exchanges and they understand the importance of these research partnerships and scholarly exchanges, Spreitzer said.

“We’re going to have to look closely at how the talent recruitment programs are defined,” she said. “It’s better if narrowly focused on specific countries. Anything else to more narrowly focus it to address those specific concerns is better than banning any academic or scholarly exchange programs between those countries.”

Emily Weinstein, a research analyst at the Center for Security and Emerging Technology, said the House’s approach eliminates some of the perils inherit in focusing too narrowly on China or the Thousand Talents program, one of the criticisms of the Justice Department’s China Initiative aimed at economic espionage and influence operations.

But Tobita Chow, the director of advocacy group Justice is Global, said the measure could have a corrosive impact on research and stifle collaboration between the two countries.

“There are all these crackdowns that are grounded in an inflated sense of the threat that is posed by researchers from China,” Chow said. “And I also worry that a lot of this comes from just a deep misunderstanding of how the Chinese government operates that incorporates some frankly racist assumptions about Chinese people and the Chinese state that are long-standing in a lot of intelligence agencies.”

Feenstra said during the markup that his proposal would not “prohibit the legitimate exchange of scientific ideas and collaboration,” adding that it would still allow researchers to participate in international conferences and other open exchanges of research; they just couldn’t do so while receiving support from any of the countries of concern.

The House is piecing together a response to the Senate’s $250 billion U.S. Innovation and Competition Act. Representative Frank Lucas, the top Republican on the House Science Committee, said he thought the House and Senate versions could be reconciled by September or October this year. In addition to increased authorized spending at the National Science Foundation and the establishment of a new tech directorate to help the U.S. compete with China, lawmakers are also hoping to attach up to $52 billion in emergency appropriations to attract semiconductor manufacturers to the U.S. 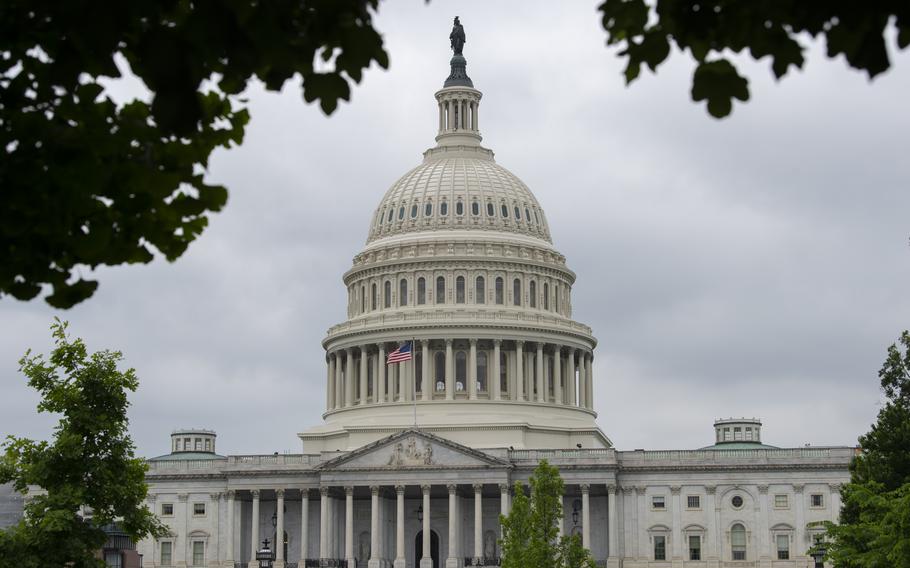