For North Korean workers, Russia’s Far East remains a windfall for them and for Kim’s regime 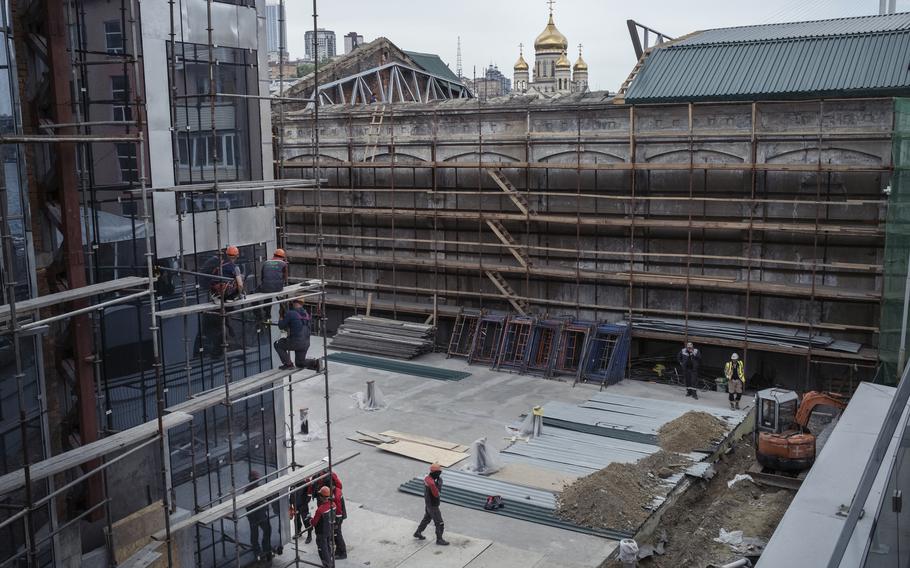 Before the pandemic, many North Koreans worked at this construction site in the center of Vladivostok, Russia. (Arthur Bondar/For The Washington Post)

The contact information on one post led to a North Korean man who told The Washington Post he has worked in Russia for "many years." He said he can earn significantly more money here than in North Korea, even as about half of his earnings are earmarked for Kim Jong Un's regime in Pyongyang.

More than a year after U.N. Security Council sanctions banned countries from hosting North Korea's regime-directed workforce, North Korean workers remain in Vladivostok, a port city of about 600,000 near the Russia-North Korea border. It's one of the main footholds in the world for North Koreans to work outside the country and provide Pyongyang with a stream of foreign currency that helps back Kim and his rule.

Several Russian construction managers in Vladivostok said that they continue to work with North Koreans, though there are fewer of them in the city since the U.N. sanctions took effect in December 2019. The coronavirus pandemic shuttered the border between the countries a month later. 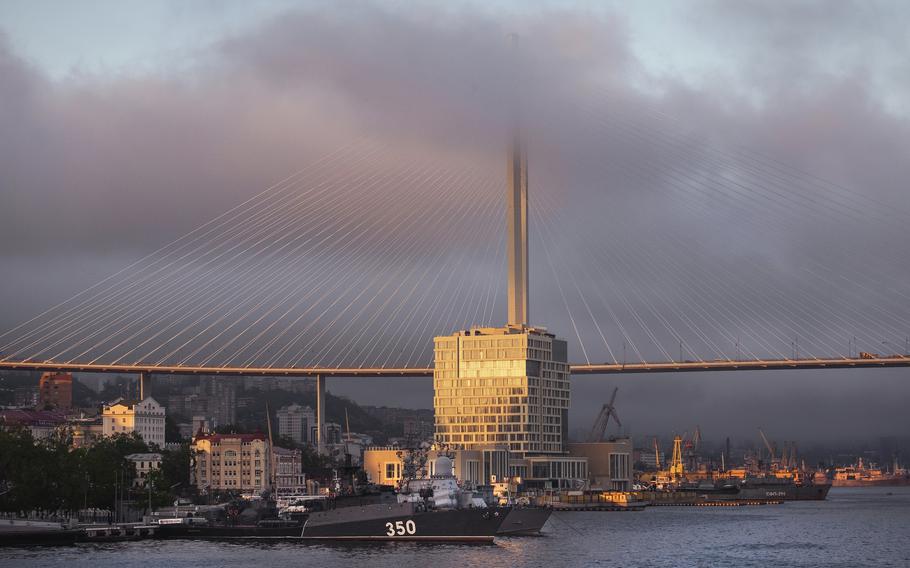 The sun sets in the Russian port city of Vladivostok, Russia, on May 30, 2021. (Arthur Bondar/For The Washington Post) 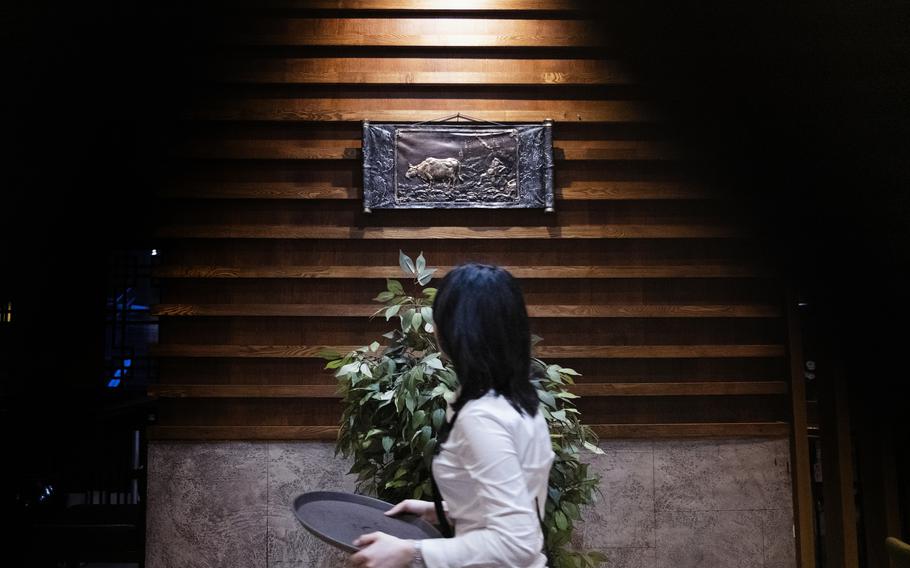 A waitress works at a Korean restaurant in Vladivostok, Russia, on May 28, 2021. (Arthur Bondar/For The Washington Post)

Russia has been critical of the sanctions, but said it would adhere to them. Moscow acknowledged last year that it missed the U.N. deadline to repatriate North Korean workers due to what Foreign Ministry spokeswoman Maria Zakharova said were "objective difficulties" from limited transportation options.

The North Koreans are in-demand laborers, the construction managers said, because they are cheap but with a reputation for quality work. Though they tend to be private and limit their interactions with people outside of the job, they also don't fear operating in the open by posting ads for renovation gigs on a Russian version of Craigslist.

The United States has said it believed the North Korean government was earning more than $500 million a year before the U.N. sanctions from nearly 100,000 workers abroad, of which some 50,000 were in China and 30,000 in Russia.

Zakharova told reporters in January 2020 that around 1,000 North Korean workers remained in Russia but they "are in reality no longer workers since their work permits have expired and they don't receive income in Russia."

In a March 2020 report submitted by the Russian mission to the United Nations, the country said 511 North Korean nationals who previously held work permits remained because "in view of the novel coronavirus disease pandemic, Pyongyang has unilaterally halted transport links" with other countries.

The Russian Foreign Ministry did not respond to a request for comment on the current status of the more-than 500 North Koreans who remained in Russia after the border closure.

Artyom Lukin, an international relations scholar at Vladivostok's Far Eastern Federal University, said Russia has a stake in propping up Kim's rule. If the Koreas were ever reunified, it would mean a key U.S. ally on Russia's border, Lukin said.

Turning something of a blind eye to the North Korean workers still in the country, he added, is a way for Moscow to maintain its outreach to Pyongyang.

"It's an open secret that many North Koreans continue to work," Lukin said. "But a few years ago, if you walked the streets of Vladivostok, you would see quite a lot of North Koreans. Now, I do see them from time to time, but not as many as before."

When contacted by The Post, one North Korean man who posted an online ad to work construction, said he was in Russia on a student visa. The number of North Korean migrants to Russia dropped to fewer than 4,000 last year amid coronavirus travel restrictions, according to Interior Ministry statistics. About 2,600 came on a student visa.

Being selected to work abroad is a prestigious and rare opportunity for North Koreans to boost the lives of their families back home. But working conditions are notoriously poor, experts said, with potentially long hours, low pay and poor safety. Now that they are working undocumented, it's even harder for external labor watchers to reach them.

The coronavirus risks make their situation even more precarious because they are unlikely to have access to personal protective equipment, let alone vaccines.

Svetlana, a Russian hostess at a Korean restaurant in Vladivostok, said the North Korean servers there work long hours seven days a week. But she assumed the young women pocket a decent portion of their pay because she's observed them shopping for expensive cosmetics and clothing.

Svetlana declined to provide her surname because she feared retribution from her employer. Approached by The Post, the North Korean servers said they couldn't comment without the permission of their North Korean manager, who refused. Svetlana said the servers are typically not permitted to communicate with anyone outside of the restaurant staff.

Svetlana said the women often ask her about the differences between their cultures. For example, she said they were "shocked" that she lives with her boyfriend.

"I'm interested in how they lived there and what the rules were or weren't," Svetlana said. "But when I ask them, they just say, 'Everything is good.' So despite the fact that we're in Russia and they should feel really safe here, there's still no conversation. They're really private."

Kang Dong-wan, a North Korea expert at Dong-A University in Busan, South Korea, traveled to Vladivostok in late December 2019 to check what happened to North Korean workers after the repatriation deadline.

"There were North Koreans newly flying into Russia from North Korea," Kang said. "I saw them myself."

"North Korea and Russia have built a strong relationship over many years," he added. "It is hard for Russia to say no when North Korea wants to send workers there."