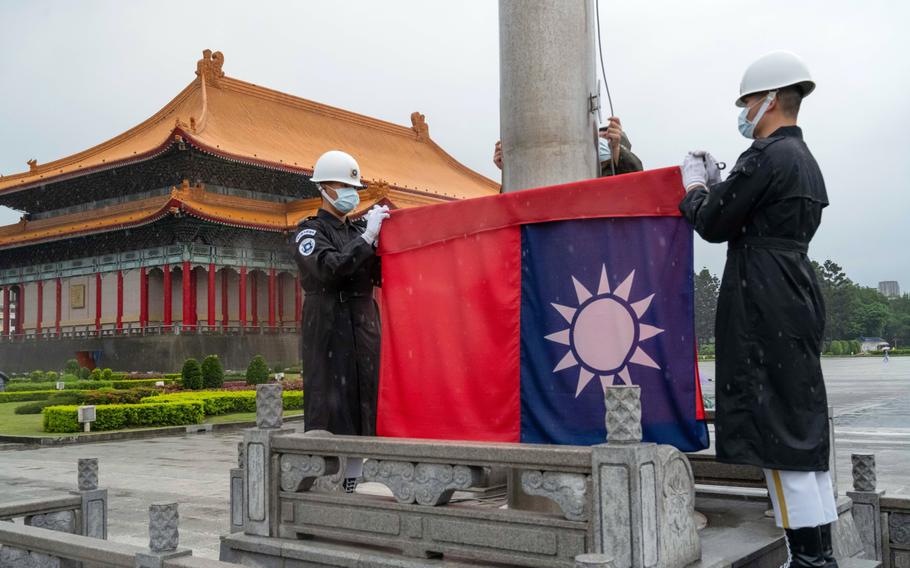 The U.S. appointed a new top representative to Taiwan, in the Biden administration’s latest move to strengthen ties with Taipei amid increasing pressure from Beijing.

Sandra Oudkirk is the incoming director of the American Institute in Taiwan’s Taipei office, the de facto U.S. ambassador in the absence of official ties, succeeding Brent Christensen later this summer, the institute said in a statement Tuesday night.

Oudkirk takes over at a time of significant change in Taiwan’s relationship with the U.S. and China — and as the Biden administration’s slow pace of naming envoys sees the position in Beijing vacant for the past ninth months. Washington has sought to beef up its semi-official ties with Taipei in commercial and cultural sectors, to go alongside already robust cooperation in defense, in an effort to push back against what it sees as an increasingly assertive China.

Christian Castro, a former head of Taiwan affairs at the State Department, said one of the most important things Oudkirk will need is a belief in Taiwan’s overall strategic importance and its value as a global democratic standard bearer.

“What really matters now is for the new director to have the resolve to meet this moment,” he said in an email before Tuesday’s announcement. “Given China’s aggression toward Taiwan and hostility toward its democratically elected government, it’s no longer business as usual.”

Oudkirk has previously worked at the AIT and most recently served as U.S. senior official for the Asia-Pacific Economic Cooperation grouping, and as deputy assistant secretary for Australia, New Zealand and the Pacific Islands. She is the first woman to head the AIT.

While the U.S. has now appointed its top representative to Taiwan, it still doesn’t have an ambassador in Beijing since Terry Branstad left in October last year. Earlier this year, former Under Secretary of State for Political Affairs Nicholas Burns and ex-Chicago Mayor Rahm Emanuel, were among the leading candidates for the job.

China claims Taiwan as part of it territory, and opposes any official ties or interactions between Taipei and other governments that may imply the island is a separate country. Taiwan’s government under Tsai views Taiwan as a sovereign nation awaiting wider international recognition. Only 15 countries, mainly small nations in the Pacific and Central America, officially recognize Taiwan.

The U.S., an ally of the Republic of China government in Taipei throughout World War II and the early decades of the Cold War, switched official ties to Beijing in 1979. Since then it has continued to manage its relations with Taiwan, including regular sales of arms, through the the American Institute in Taiwan. The U.S. views the issue of Taiwan’s sovereignty as unresolved.

Beijing has steadily increased its diplomatic, economic and military pressure on Taiwan since Tsai asserted Taiwan’s separate status when she came into power in 2016. The People’s Liberation Army has increased the number of flights and naval passages close to and around Taiwan over the past year. It has barred all Chinese tourists from traveling to the island and in February banned the import of Taiwanese pineapples in a move Taipei viewed as an attempt to put pressure on the politically important agricultural sector.

Starting under former U.S. President Donald Trump, Washington has pushed back more firmly against what it saw as China’s efforts to shift the status quo, the delicate political balancing act that has allowed China and Taiwan to co-exist without falling into war. Under Trump, the U.S. sent several high-level officials to Taiwan and signed off on a deal for 66 F-16 jets, the first sale of advanced fighters to the island since the administration of President George H.W. Bush in 1992.

The Biden administration has continued his predecessor’s policy of strengthening ties with Taiwan. Washington revived long-stalled trade and investment talks with Taipei last month, widely seen as a first step toward a possible bilateral trade agreement between the two sides.