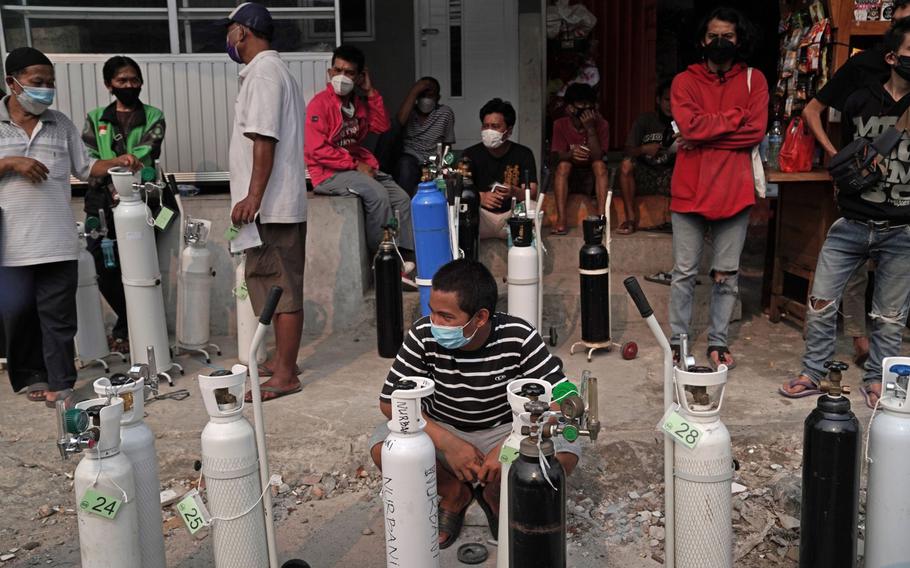 Indonesia reported another deadliest day in the coronavirus pandemic as hospitals become overwhelmed and local oxygen supply struggles to keep up with surging demand.

There were 31,189 confirmed cases in the 24 hours through midday Tuesday, with 728 people dying from the disease known as COVID-19. Southeast Asia’s virus hot spot has breached fresh records in infections and fatalities for three straight days.

The government is prepared for worst-case scenarios, including if the number of daily cases reaches up to 70,000, said Luhut Panjaitan, who is overseeing the pandemic response in most-populated islands of Java and Bali.

Local producers are struggling to address the oxygen shortage. Hospitals are overloaded, with the bed occupancy rates in many areas already exceeding 100%. More than 30 patients died in a Yogyakarta hospital on Saturday after it briefly ran out of oxygen supply, CNN Indonesia reported.

Indonesia is preparing to import liquid oxygen from neighboring countries. Producers Linde Group, Air Products and Chemicals, Air Liquide and Iwatani are ready to supply the country through facilities in Singapore and Malaysia, which would take one week to arrive, Fridy Juwono, director for upstream chemicals at the Industry Ministry, said by phone on Tuesday.

On Java island, demand has spiked to as much as five times the normal amount of about 300 tons a day, while the country’s oxygen plants are already operating at full capacity to produce 1,700 tons a day, Juwono said.