Seven new COVID-19 cases for US commands in Japan, none for South Korea 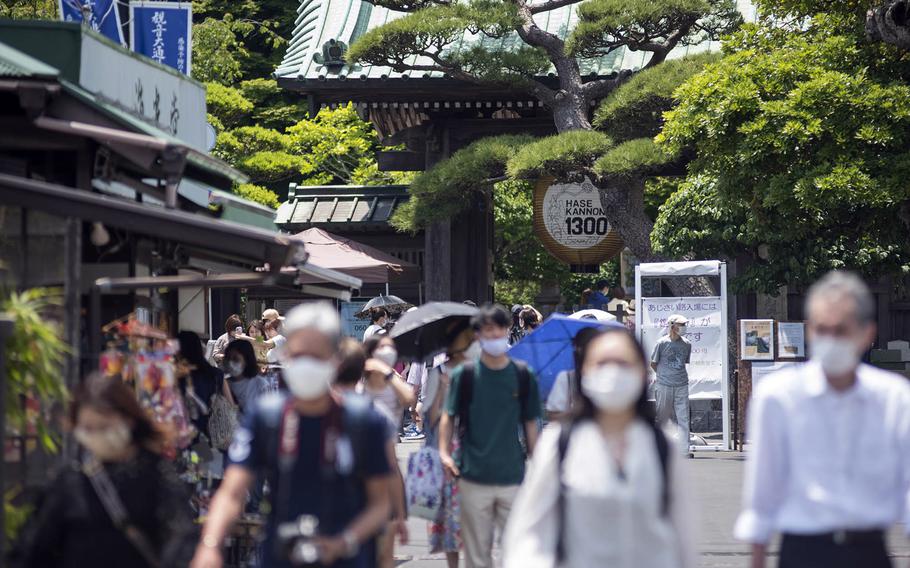 Tokyo reported another 660 cases and two deaths on Friday, according to public broadcaster NHK, which cited metropolitan government data. That’s 13 less than the day before but 98 more than the same day last week.

Osaka prefecture, the nation’s second-largest metro area, reported 123 new infections and three deaths, NHK said. Okinawa prefecture, home to most U.S. troops in Japan, had another 61 new infections on Friday, 21 less than a week ago, according to NHK. There were four deaths.

Japan reported 1,763 new cases as of 6:30 p.m., 121 more than the same day last week, according to NHK and the World Health Organization. There were 22 deaths nationwide.

The government has counted approximately 800,000 COVID-19 cases during the pandemic and 14,500 deaths, the WHO said.

Kadena Air Base on Okinawa has reported four infections since case numbers were last announced on Wednesday.

One of the new patients self-isolated after developing COVID-19 symptoms, according to a base Facebook post from Thursday evening. The others are a recent arrival to Japan who tested positive before leaving quarantine; a person who had close contact with an infected individual; and someone whose infection was discovered at an off-base clinic.

Yokosuka Naval Base, 35 miles south of central Tokyo, has had one base employee test positive sometime since Tuesday, according to a Navy news release Friday. The unimmunized worker was tested after developing COVID-19 symptoms.

At Yokota Air Base, home of U.S. Forces Japan in western Tokyo, has had one person test positive sometime since June 25, the 374th Airlift Wing announced Friday afternoon. The patient, a recent arrival to Japan, came up positive while in quarantine.

Marine Corps Air Station Iwakuni in western Japan announced its first COVID-19 infection since June 14 in a Facebook post on Friday morning. The patient tested positive “within the last 24 hours” and was “immediately” placed in quarantine, the post said.

There were no coronavirus infections reported by commands on the Korean peninsula on Friday.