‘Starving to get out and do things’: July Fourth celebrations return to many Pacific bases 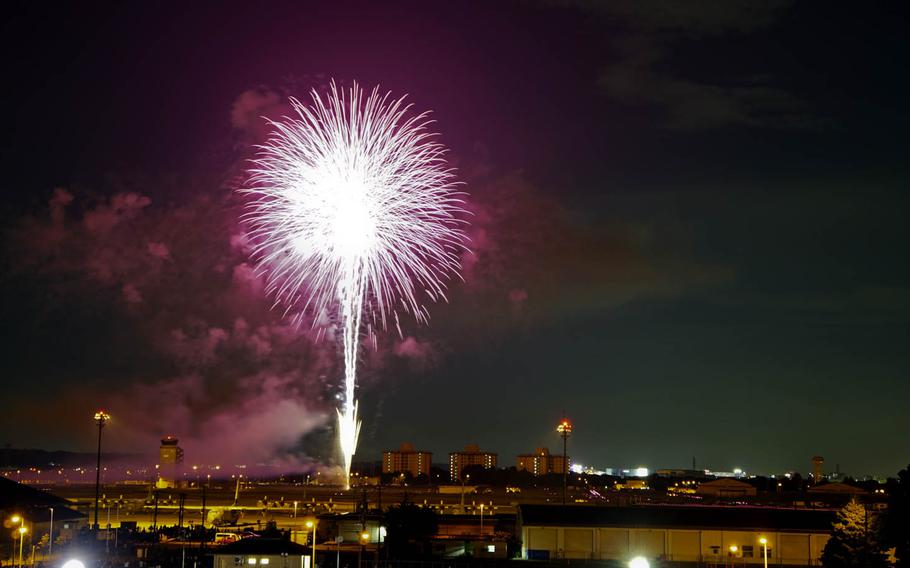 Buy Photo
Fireworks light up the up the night sky over Yokota Air Base during annual Celebrate America festivities in western Tokyo, Friday, June 30, 2017. (Leon Cook/Stars and Stripes)

YOKOTA AIR BASE, Japan — Big turnouts are expected at Independence Day celebrations on bases across the Pacific, thanks to relaxed rules spurred by fewer coronavirus cases and more vaccinations.

“People are starving to get out and do things,” Richard King, a civilian event planner at Yokota, told Stars and Stripes this week.

Vaccinations of troops, their family members and local base workers in Japan and South Korea have resulted in relaxed pandemic rules in recent weeks. For example, most bases have authorized fully vaccinated people to return to bars and nightclubs that had been off-limits since early last year.

For many, it’s a welcome respite from restrictions that also caused the cancellation of on-base events, including last fall’s Yokota Friendship Festival, which attracted 125,000 people the year before the pandemic.

Military event planners got an indication of the community’s hunger for entertainment when they held Rhythm and Blues, an annual beer and music festival at Yokota on May 2, King said. 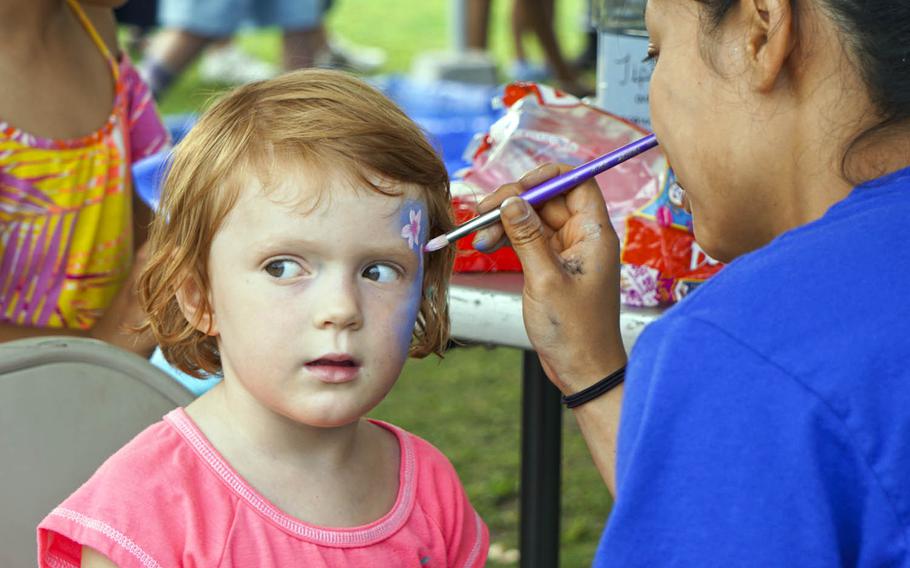 Buy Photo
A girl tries hard to stay still as a volunteer paints her face during the Celebrate America festival at Yokota Air Base, Japan, Friday, June 30, 2017. (Leon Cook/Stars and Stripes)

The event, which typically includes acts flown in from the United States, attracted about 800 people in 2018 and 2019, he said. It was canceled last year.

This spring’s event, featuring the Air Force Band of the Pacific, brought out more than triple that number with 2,500 attendees, according to King.

“That told us people are hungry to get out and do something,” he said.

King expects a similar-sized crowd at Yokota’s Celebrate America Independence Day event, which will kick off at 2 p.m. Friday on the base’s Samurai Field.

The event, also canceled last year to slow the spread of the coronavirus, marks a return to fireworks and other festivities marking the nation’s founding in 1776.

Yokota isn’t the only American base in the Pacific that’s bringing back Independence Day celebrations.

Others include Camp Zama, home of U.S. Army Japan just outside Tokyo, which is slated to celebrate from 3 p.m. to 9 p.m. Saturday. The event, which won’t feature fireworks, will include the U.S. Army Japan Band, a glow-stick dance party, a Nerf battle and prize giveaways, garrison spokesman Tim Flack said in an email Monday.

People can attend the closed-post event regardless of their vaccination status, but attendees will be required to practice social distancing and wear masks except when eating and drinking, he said.

Organizer had expected about 1,500 people to turn out for fireworks and other celebrations at Yokosuka Naval Base, 35 miles south of Tokyo; however, most of those events have been postponed until July 10 because of expected inclement weather.

"We have been waiting for this kind of activity for over a year and I am looking forward to seeing the faces of our community members once again,” Capt. Rich Jarrett told Stars and Stripes in email before the event was postponed.

At the largest U.S. base in South Korea, Camp Humphreys, troops and their families will celebrate with rides, attractions and performances at Downtown Plaza starting at 3 p.m. Saturday. Fireworks begin at 8:45 p.m.

Guam Freedom Rocks, an event slated for Sunday at Sumay Cove Marina on Naval Base Guam, will include fireworks and festival attractions.

“All attendees are reminded that face coverings are required in public spaces for those who are not fully vaccinated and when social distancing can’t be maintained,” the base announced Thursday.