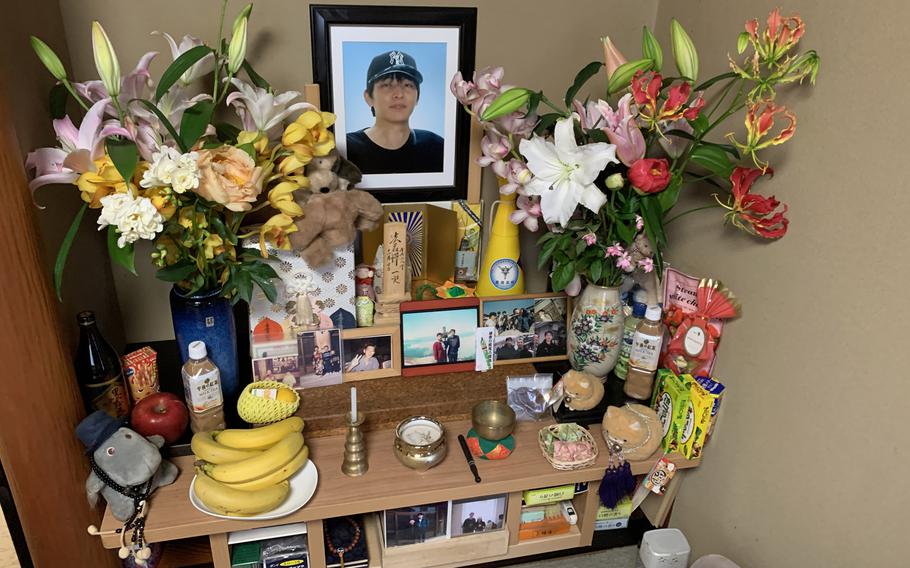 A shrine to Kazuya Ohata at his parents' home in Kanazawa, Japan. He died at age 40 after being physically restrained in a psychiatric institution. (Simon Denyer/Washington Post)

KANAZAWA, Japan — Kazuya Ohata had problems sleeping and had voluntarily checked into a psychiatric ward on several occasions after being diagnosed with schizophrenia. But a 2016 visit, at the age of 40, proved to be his last.

Eight days after being admitted, he was tied to his bed. Six days later, after being released from the restraint, he died.

His parents, father Masahiro, 70, and mother Sumiko, 68, said they tried to visit their son at the hospital at least seven times, but were turned away. They were never informed, they say, that he had been restrained. Then, two weeks after their son had been admitted, they received a phone call to say he had died.

"Our greatest regret is that we couldn't see him," said Masahiro, speaking at the family home in the city of Kanazawa, about 180 miles northwest of Tokyo."If we had seen him, we would have realized what had happened and taken him home before anything happened." 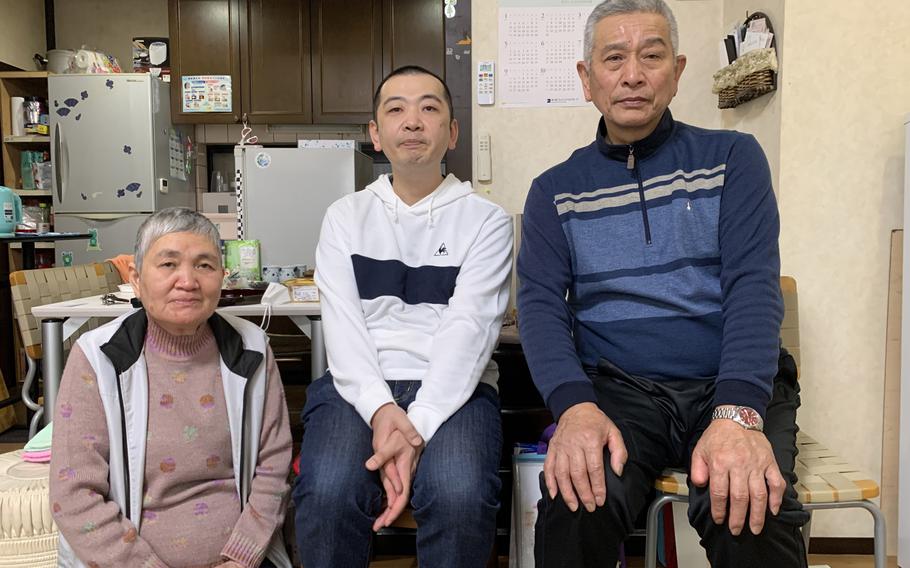 Japan has a huge psychiatric industry that has long operated outside public scrutiny. But tales of prolonged confinement, overreliance on physical restraint and cruel treatment are coming to light as former patients and relatives come forward to sue for damages.

"The psychiatric industry has a lot of power in Japan," said Toshio Hasegawa, a professor of psychiatry at Kyorin University and the author of a new study on the prevalence of physical restraint in psychiatric wards in Japan and three other countries. "But we are finally at a stage where people can speak openly about this."

As many countries moved toward community-based mental health care and use of new therapies in recent decades, Japan went the opposite direction, Hasekawa said. Japan engaged in a massive expansion of hospital beds for psychiatric patients, which then need to be filled to keep hospitals profitable.

A shortage of trained medical staff also leaves hospitals depending more on tying patients down in their beds, bound at their waist, wrists and ankles, even if they pose no risk to themselves or other people, Hasegawa said.

Immobile for days on end, they risk deep-vein thromboses, a condition sometimes known as "economy-class syndrome" because it can affect passengers on long-haul flights.

In a country that has long struggled with high rates of suicide, as well as widespread taboos about mental health, the findings paint a bleak picture for psychiatric patients in Japan. It is no surprise that many feel they have nowhere to turn.

Japan's mental health system came to international attention in 2017 when an English teacher from New Zealand suffering from bipolar disorder died after being tied to a bed in Japan for 10 days. The Yomiuri newspaper has recorded 47 deaths caused by physical restraint in Japan in the past four years alone.

Hasegawa said his research into 11 hospitals in Japan showed that patients who were tied to their beds were left there for an average of 96 days; a Health Ministry study found that one man had been in restraints for more than 15 years.

In the case of Ohata, the patient with schizophrenia, the hospital initially said he died of heart failure. His parents commissioned a separate autopsy that showed he had suffered a deep-vein thrombosis after being tightly bound.

In a landmark ruling in 2020, Nagoya's High Court awarded the family 35.2 million yen ($320,000) in damages, concluding that the restraint was "illegal." It is the first time a Japanese court has issued such a ruling, and the hospital, with the support of the Japan Psychiatric Hospitals Association (JPHA), is contesting the decision.

The JPHA's chairman, Manabu Yamazaki, said he believes physical restraint is being appropriately applied in most cases, arguing that most problems occurred in about 300 of the hospitals that don't belong to the association. He said he worries that a victory for the Ohata family could lead hospitals to reject certain patients for fear of court action.

"We think that in the long run, that's more dangerous," he said.

In 2016, Japan had more than 334,000 psychiatric beds, according to statistics from the Organization for Economic Cooperation and Development. That's one-fifth of the world total, and five times as many as the United States in a country with considerably less than half the population. The JPHA's Yamazaki says Japan's definition of a psychiatric bed is broader than in other countries.

Powerful doctors make decisions about patients that families find hard to counter, and once a person is hospitalized, it is often hard to get them out. 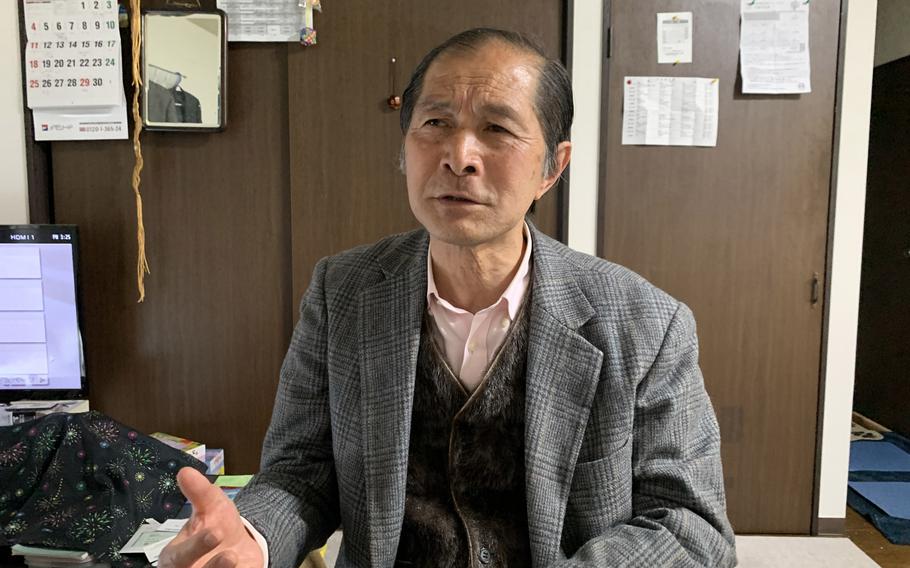 Tokio Ito knows just how hard it can be to escape once inside a psychiatric hospital. He spent about 45 years locked away, despite feeling healthy, and was released only by a lucky twist of fate. Now he is suing the government for robbing him of his life.

Ito said that his mother died when he was young, and that his stepmother never accepted him. As a teenager, he started to experience delusions that he was related to Japan's imperial family.

At 16, he was locked away in a psychiatric hospital in Tokyo. He was given frequent injections that would knock him out, he said, and staff gave patients electric shocks as a form of punishment on the slightest excuse.

Twice, he tried running away, but was recaptured.

After five years, he was transferred to a hospital in Japan's northeastern Fukushima prefecture. There was no counseling, but his medications were gradually reduced and, in his early 20s, he felt ready to rejoin the outside world.

"At first, I asked about being discharged, but soon realized it was impossible and gave up trying," he said. Ito was to spend the next four decades behind the hospital's walls.

Ito's situation changed only because of the earthquake and tsunami that struck the Japanese coast in 2011 and destroyed his hospital.

He was transferred to another hospital, and the doctors finally let him go free. At the age of 61, he encountered a different world.

"When I got out, I was completely lost," he said. "I had never seen or used an ATM, I didn't know how to buy a train ticket, and had never even used a cellphone."

Ito had been almost completely isolated during his confinement, visited only by his father once a year. He found out his father had died only two years after the funeral, when his stepmother and stepbrother visited him for the first time.

"After I was institutionalized, she was always opposed to me getting me discharged," he said. "But there is no point in getting angry with my family."

Ito said life inside was "beyond loneliness." The only thing that kept him going was drawing and painting every day, he said. His biggest regret was never having the chance to get married and have a family of his own.

"The hospital was all about money," he said. "For every patient that was there, the hospital received 5 million yen [$45,000] a year from the government. I know the case of a homeless man who was brought there and ended up being kept for 46 years. "

Ito has demanded 33 million yen ($300,000) in damages from the government for alleged policy failures, but the main aim of his lawsuit is to free many other people he says are unjustly stuck inside institutions.

"I want them to return to society just like I have."

In the United States, the National Suicide Prevention Lifeline can be reached at 800-273-8255 or over chat. In Japan, the Health Ministry website has contacts for people to find support by phone or online.

The Washington Post's Julia Mio Inuma contributed to this report.