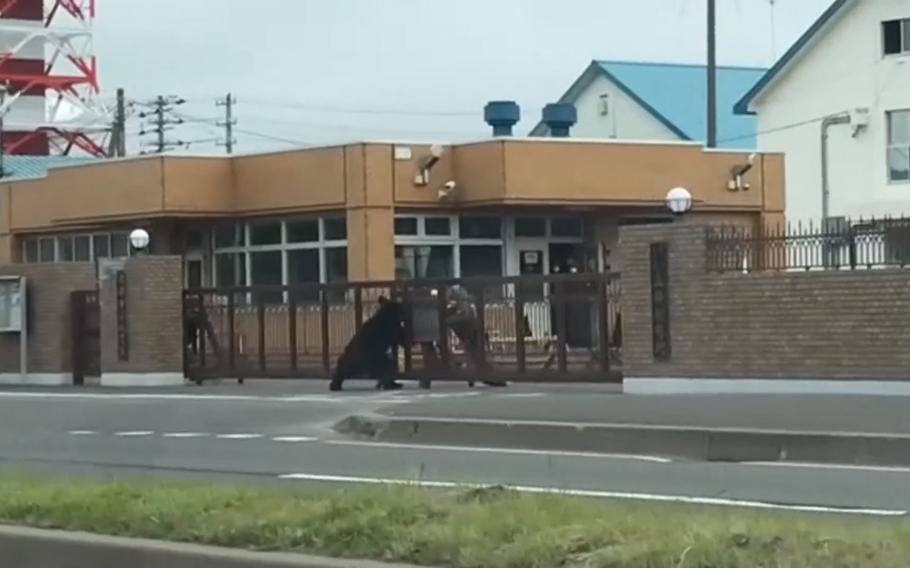 TOKYO – A member of the Japan Ground Self-Defense Force was bitten in the chest by a bear on Friday morning as it breached the main gate of Camp Okadama in Hokkaido, a JGSDF spokesman said.

The soldier, who was guarding the gate when the bear approached at about 7:50 a.m., suffered minor injuries to his chest, the spokesman said. It’s customary in Japan for some government officials to speak to the media on condition of anonymity.

The bear left the base, which is in the city of Sapporo, at about 8:15 a.m., the spokesman said, adding that the animal did not cause any damage or affect base operations.

A local hunters group shot and killed the bear just after 11 a.m. northeast of Okadama Airport, which is adjacent to Camp Okadama, the spokesman said.

The bear, which was between 5 feet and 6 ½ feet tall, had attacked and injured other people before entering the base, according to the Asahi newspaper. 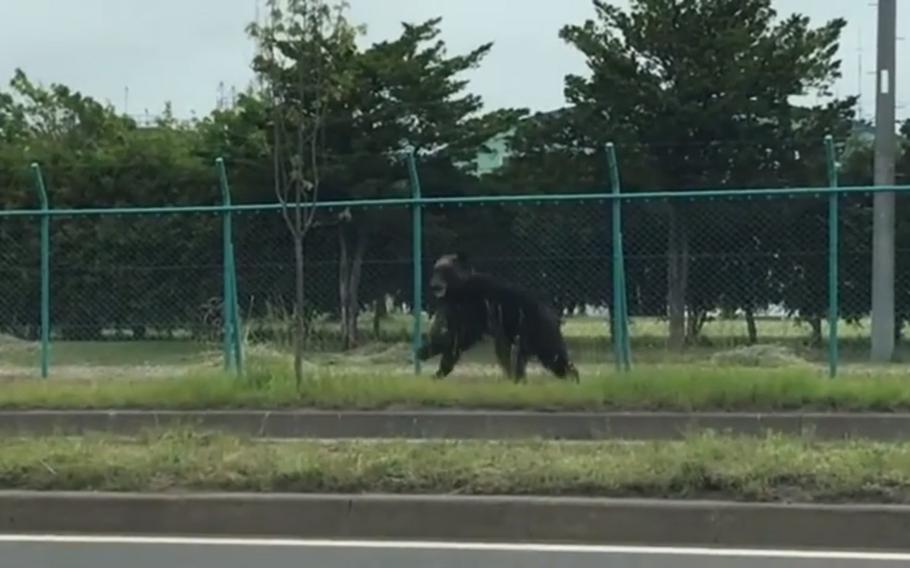 Those victims include a 40-year-old man who suffered serious injuries, including a broken chest bone, in an attack in a residential area, the newspaper reported. A woman in her 80s and a man in his 70s received minor injuries.

The bear was first spotted in a residential area at about 3:30 a.m., according to Jiji Press.

It had also entered the grounds of Okadama Airport, including the runway, temporarily shutting down the runway and canceling some flights, according to the Asahi report.