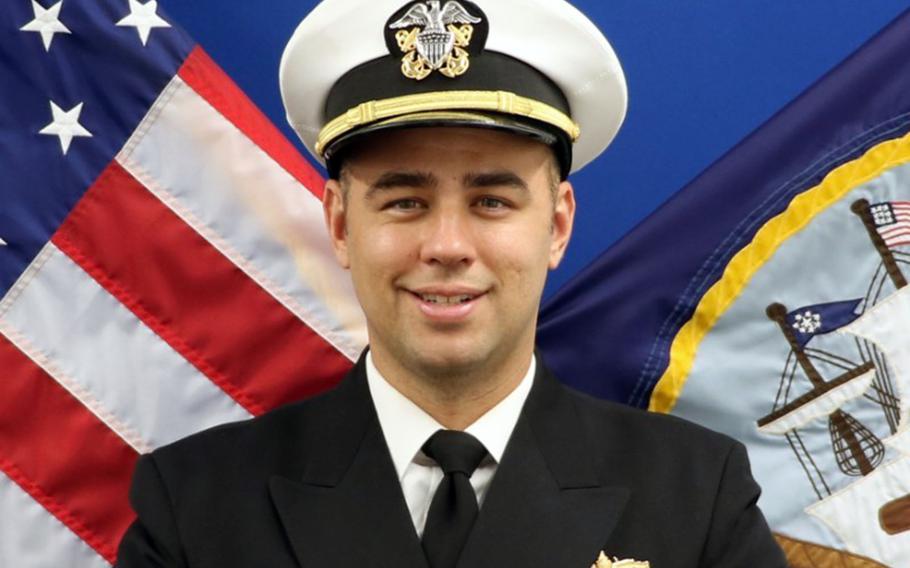 TOKYO – A U.S. sailor assigned to Yokosuka Naval Base was in Japanese police custody on Sunday following a vehicle accident that took the life of an 85-year-old woman and injured two others.

Lt. Ridge Hannemann Alkonis, 33, was arrested at 2:40 p.m. Saturday on suspicion of “injuring people by driving a car,“ a police spokesman for Fujinomiya, a city about two hours southwest of the naval base, said Sunday.

Alkonis – who since April has served as a weapons officer aboard the destroyer USS Benfold, according to his LinkedIn profile – allegedly drove his car into a restaurant parking lot in the city’s Yamamiya district at about 1 p.m. Saturday, striking five empty vehicles and three pedestrians, the spokesman said.

One of the pedestrians, an 85-year-old woman, died that afternoon at a nearby hospital, the spokesman said. Also taken to the hospital were a man, 54, who suffered serious injuries, and a woman, 53, who had minor injuries.

Alkonis was not injured, the spokesman said. It’s customary in Japan for some government officials to remain anonymous when speaking with the media.

An investigation is ongoing, the spokesman said.

The Navy is cooperating with Japanese police, who are taking the lead on the investigation, Naval Forces Japan spokeswoman Cmdr. Katie Cerezo said in an email Sunday.

“We are aware that a U.S. Navy Sailor stationed on board Fleet Activities Yokosuka was involved in a fatal vehicle accident in Fujinomiya City,” she wrote.

Cerezo declined to confirm Alkonis’ name or other details in a follow-up email, referring all questions to Japanese police.