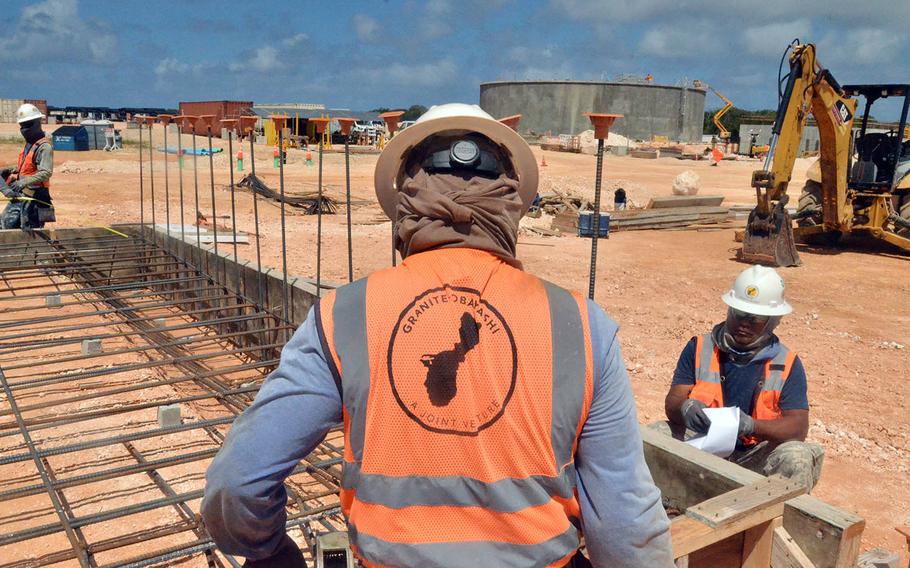 Buy Photo
Camp Blaz, seen here under construction in Feburary 2020, will accommodate the move of 5,000 members of the III Marine Expeditionary Force off Okinawa over the next five years. (Seth Robson/Stars and Stripes)

The Navy has awarded a $45 million contract to build a medical and dental clinic at a new Marine Corps base on Guam.

A joint venture between Guam’s Core Tech, the Hawaiian Dredging Construction Company and Japan’s Kaijima Corp. will build the facility at Camp Blaz, according to a Monday statement from Naval Facilities Engineering Command Pacific.

Blaz, near Andersen Air Force Base, is being built to accommodate the move of 5,000 members of the III Marine Expeditionary Force off Okinawa over the next five years.

The camp was commissioned in September as the first new Marine installation since Marine Corps Logistics Base Albany opened in Georgia on March 1, 1952.

The new clinic being funded by the Japanese government, according to the Navy statement. Japan is paying for $3 billion worth of projects for the Marines’ relocation with the U.S. spending another $5.7 billion.

Work on the clinic is scheduled to be complete by May 2023, the Navy said.

“This state of the art Medical and Dental Facility … will be operational in time to support the Force Flow of Marines from Okinawa to Guam,” Will Boudra, director of the Naval Facilities Engineering Systems Command Pacific Guam Program Management Office, said in the statement.