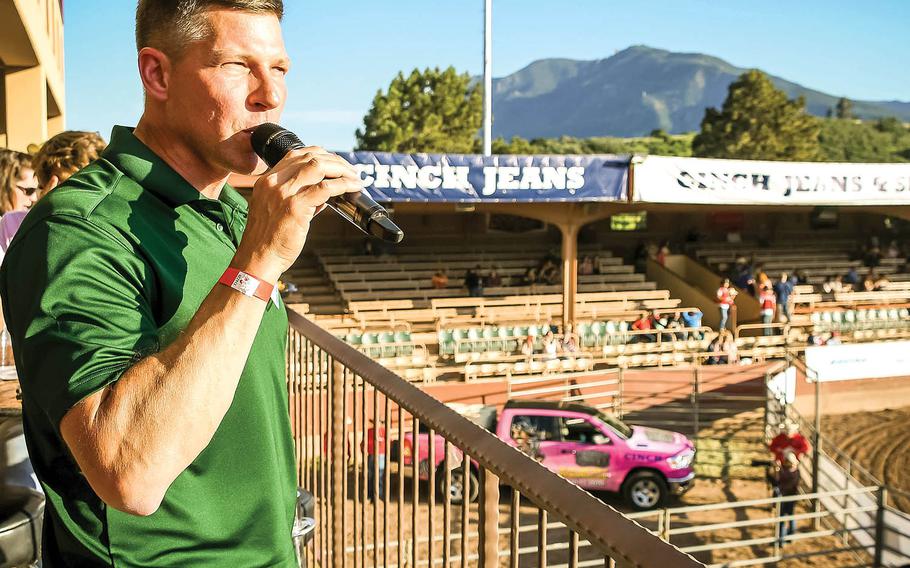 FORT SHAFTER, Hawaii — Brig. Gen. Joseph Ryan, a paratrooper with deployments to Iraq and Afghanistan under his belt, has been picked to lead the 25th Infantry Division in Hawaii, the Defense Department said in a news release Thursday.

The division’s current commander, Maj. Gen. James Jarrard, will stay on the island of Oahu, becoming the chief of staff for U.S. Indo-Command at Camp H.M. Smith, the Pentagon said in the same release.

Ryan was most recently chief of staff for 18th Airborne Corps at Fort Bragg, N.C.

The Pentagon had announced on Feb. 23 that Ryan would become deputy chief of staff for operations for NATO’s Resolute Support Mission, but it appears that nomination was not confirmed by the U.S. Senate.

Ryan is a native of Pearl River, N.Y., and graduated from the United States Military Academy, according to an Army biography. He began his military career as an 82nd Airborne Division paratrooper with the 505th Parachute Infantry Regiment in 1992.

He graduated from the Command and General Staff College at Fort Leavenworth, Kan., and the Army War College. He has a master’s degree in business management from Webster University, St. Louis.

Ryan commanded the 2nd Brigade Combat Team, 82nd Airborne Division, from 2014 to 2016. He has extensive combat experience, serving with the 101st Airborne Division and 75th Ranger Regiment, the biography said.