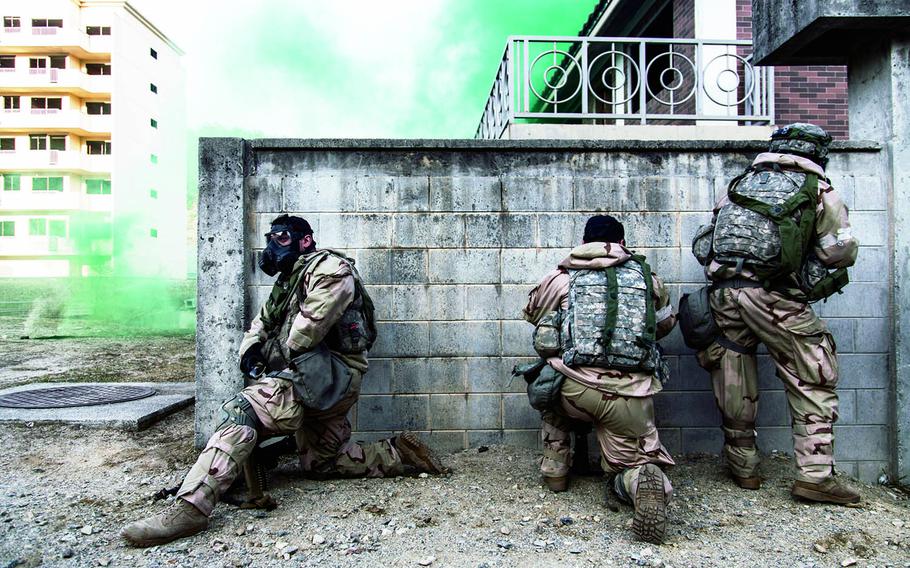 South Korea will increase the amount if pays to support U.S. troops on the peninsula by 13.9%, the country’s Foreign Ministry said Wednesday following agreement on a six-year cost-sharing deal.

Seoul and Washington reached a deal Sunday on the defense arrangement called the Special Measures Agreement.

"The agreement served as an opportunity for the two countries to reaffirm the importance of the solid South Korea-U.S. alliance as the linchpin for peace and prosperity on the Korean Peninsula and in Northeast Asia, and the need for the stable stationing of [U.S. Forces Korea]," the ministry said.

"It is assessed that by smoothly addressing the key pending alliance issue early on after the launch of the Biden administration, South Korea and the U.S. demonstrated the robustness of the firm alliance," it said.

South Korea has offset the costs for hosting U.S. troops under the agreement since 1991. Negotiations over the amount have always been contentious, but they reached a breaking point in 2018 when former President Donald Trump reportedly demanded up to $5 billion per year, a fivefold increase.

That deal expired on Dec. 31, 2019, eventually prompting USFK to place more than 4,000 local base workers who provide food and administrative services on unpaid leave.

The furlough was lifted in June after South Korea agreed to pay $200 million for salaries, and another furlough loomed if a deal could not be struck.

To prevent future furloughs, Seoul and Washington established a new rule to enable the U.S. to provide its share of the cost at a level set in the previous year.

The deal, subject to approval by South Korea’s National Assembly, freezes Seoul's payment for 2020 at the 2019 level.

The boost reflects last year's 7.4% rise in South Korea's defense spending, as well as a 6.5% increase in the cost for Korean workers supporting U.S. forces.

The two countries also agreed that Seoul’s cost-sharing payments from 2022 through 2025 will be tied to increases in South Korea's defense spending. Next year's payment will grow by this year's increase rate of 5.4%.

"The rate of defense spending increase reflects our financial capacity and defense capabilities, and is determined through parliamentary deliberations," the ministry said. "Thus, it is a reasonable standard that any citizen can verify and trust."

The deal could be signed during a visit to South Korea by U.S. Secretary of State Antony Blinken and Defense Secretary Lloyd Austin, which is expected next week.