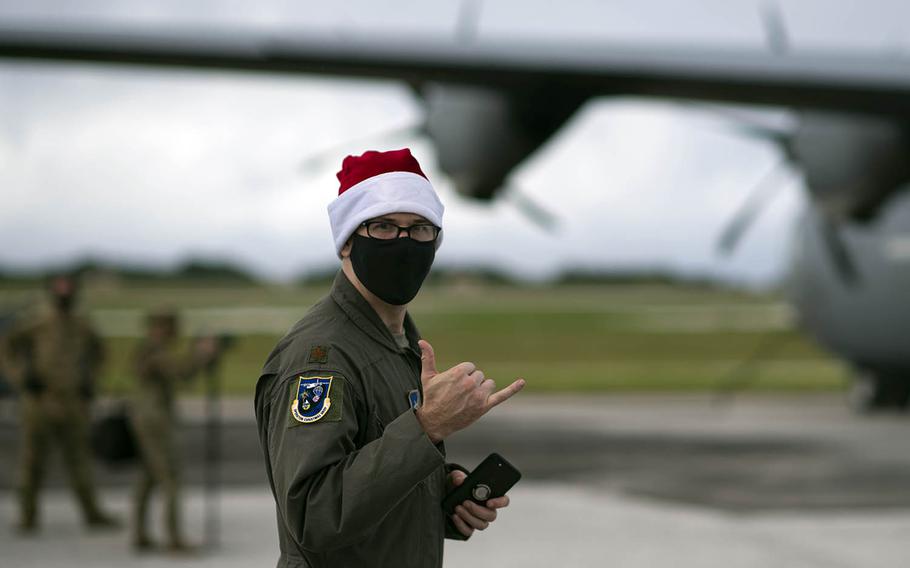 YOKOTA AIR BASE, Japan — The Republic of Palau is in for a double dose of holiday cheer after Micronesia opted out of this year’s Operation Christmas Drop because of coronavirus concerns.

The annual Air Force mission, which brings food, clothing and other donated supplies to thousands of people living on small Pacific islands, is scheduled to fly its first sorties of the season on Sunday from Andersen Air Force Base, Guam.

The airlifters will drop supplies to remote islands in Palau, but not to the Federated States of Micronesia, which decided not participate this year because of the coronavirus pandemic, said Massie, who will fly some of the missions himself as commander of the 36th Airlift Squadron, based at Yokota in western Tokyo.

“Palau and islands in the vicinity wanted to continue to have the aid,” he said. “We will be delivering more and exceeding what they would get in a normal year.” 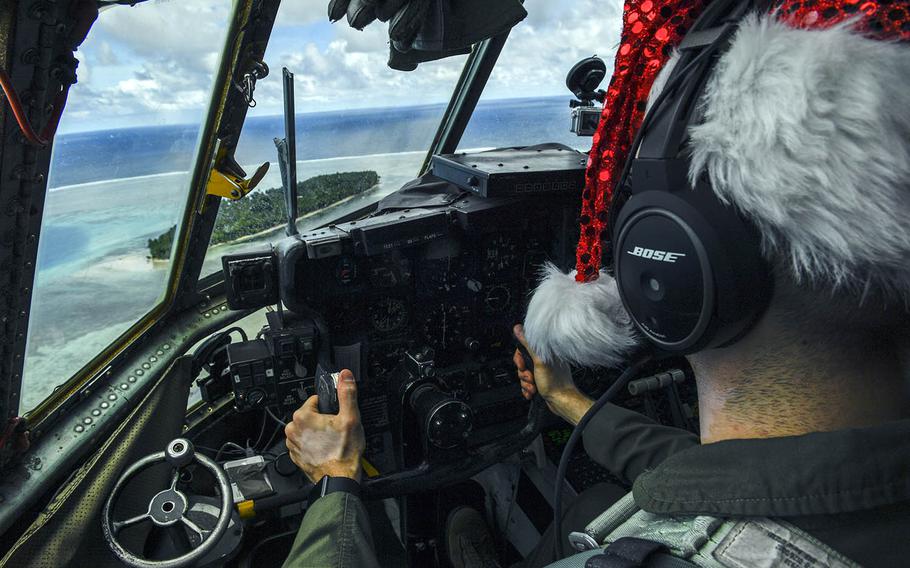 The airlifters typically visit the Palau islands only once during the operation, Massie said.

“Now we are planning on going at least twice,” he said.

Palau, with a population of about 18,000, includes 340 islands covering nearly 180 square miles east of the Philippines in the Western Pacific.

About 100 U.S. Marines and sailors from Task Force Koa Moana of the I Marine Expeditionary Force trained in Palau in October, a month after the country offered to host a U.S. military base.

Operation Christmas Drop began in 1952 during yuletide season when the crew of a B-29 Superfortress bomber noticed people waving at them from the island of Kapingamarangi in Micronesia. They parachuted a bundle of supplies to the denizens of the isolated island, and a tradition was born.

For this year’s mission, U.S. and Japanese airmen have been building Christmas Drop supply bundles together on Guam. The bundles will be disinfected and left in a hangar for 72 hours before they’re dropped to protect islanders from the coronavirus, Massie said.

The 400- to 600-pound bundles are the same size and weight as supplies that airlifters might parachute to combat troops in the field, he said.

The aid is tailored to the communities and includes supplies for sustaining life in a remote location, Massie said.

Last year’s Operation Christmas Drop included planes from Australia and New Zealand, but they opted not to participate this time due to complications, such as coronavirus quarantines, Massie said.

“Those countries decided not to come but they are all in for next year,” he said. “We are living in unprecedented times when it comes to a global pandemic. The fact that we were able to get a bilateral exercise is amazing.”