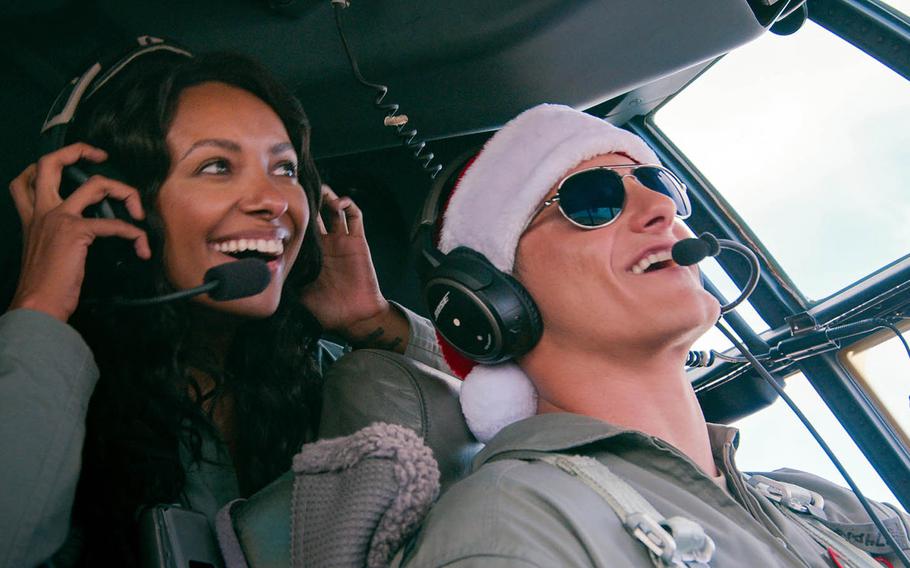 A congressional aide who meets her match in an Air Force captain in the upcoming Netflix holiday romance "Operation Christmas Drop." (Netflix)

Available for streaming Nov. 5, the film tells the story of a Grinch-like congressional aide, Erica Miller, who skips her family Christmas to observe the annual Air Force operation in December that brings donations and supplies to remote islands in Micronesia, according to a Netflix statement Friday. Her mission: to find reasons to defund Andersen.

“Well if we’re looking to close down bases, this one’s flashing red and green,” Miller’s congresswoman boss says in the trailer.

But Miller’s perception softens when she meets Air Force Capt. Andrew Jantz, who helps her experience “the customs and communal spirit of (his) adopted home,” according to the statement. Scenes in the trailer show the couple meeting islanders, dancing and walking through Christmas light displays on base.

“Just give me 24 hours to show you what we do here,” the love interest croons in the trailer. “Then, write whatever you want in your report.”

While the love story is contrived, the film’s namesake is very real. For nearly 70 years, the Air Force has been using aircraft to drop needed supplies to island populations not easily reached by boat. 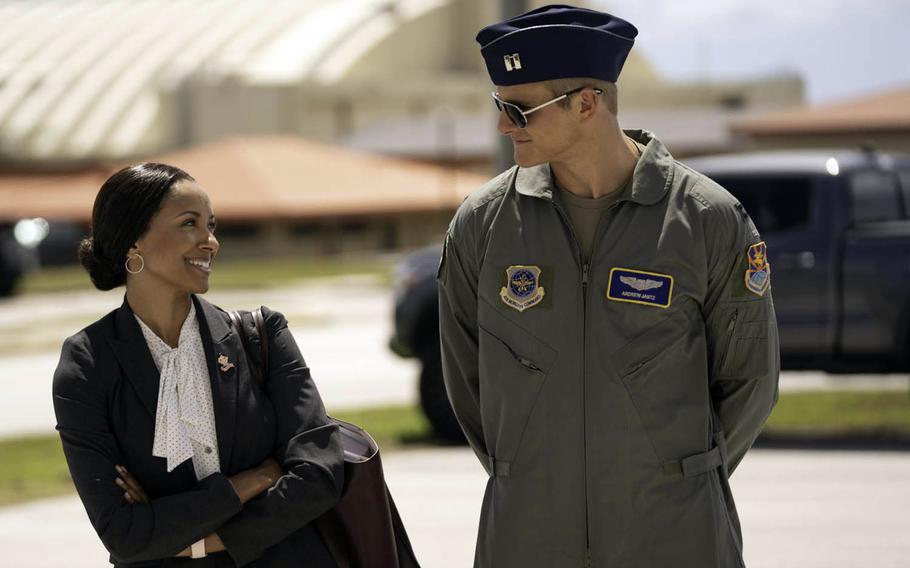 The residents of Guam and Andersen each year pack large boxes of donated food, tools, clothing and toys for Operation Christmas Drop. Airmen in Santa hats parachute the boxes from the back of C-130J Super Hercules cargo planes.

Shots from the 2019 operation were used in the Netflix film, and its crew from Hollywood volunteered to sort donations on their days off, according to the statement.

In the trailer, the fictional congresswoman criticizes “using military equipment to drop Christmas presents,” but the mission has an operational benefit, as well. It provides a real-world opportunity for airmen to practice airdrops, used to resupply forces in ground operations.

About 90% of the film was shot on Andersen, including its jungle and beach scenes, according to the statement. Filmmakers used service members’ homes and businesses in the shoot. The base’s beachside bar, Bamboo Willies, even makes an appearance.

“There is no way to build an Air Force base for a movie — you just have to move onto one,” director Martin Wood said in the statement.

Actors and crews were allowed onto Air Force aircraft to film. The Navy also provided two helicopters and two ships “to portray an air-to-air sequence of travel to a distant island,” according to the statement.

“There’s actual footage we shot during the shooting of the movie, looking past our heroes all tethered into the open back of a C-130 doing aerial combat turns out over the ocean,” Wood said in the statement. “The entire crew used their air sickness bags – multiple times during that flight.”

“Operation Christmas Drop” is the first major Hollywood film to shoot on Guam, according to the statement. Air Force and Navy spouses and locals were hired as set decorators, production assistances and stand-ins.

The movie shows some of the real remote islands helped in the operation, as well, according to the statement.

“There is nothing faked and no green screen in Operation Christmas Drop — if you see it, it actually happened,” McGlothen said in the statement.