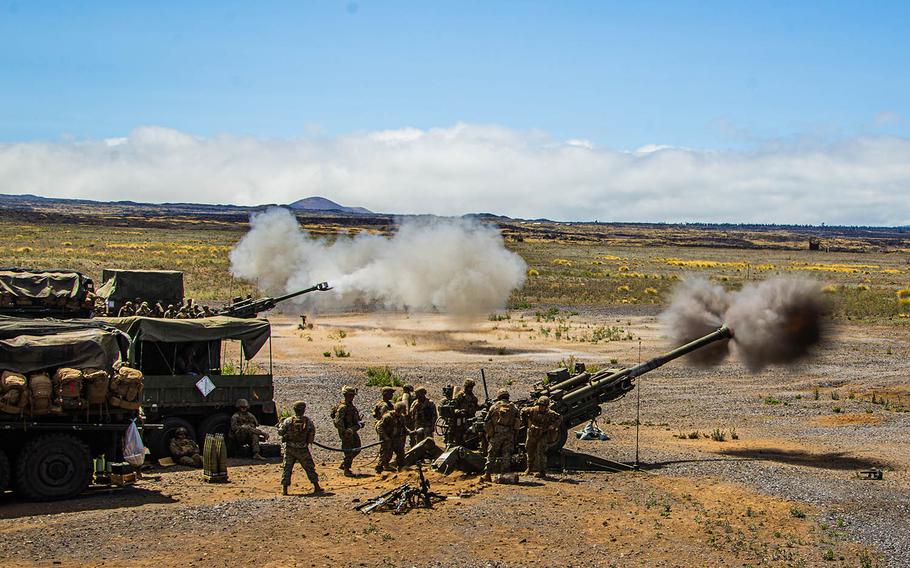 FORT SHAFTER, Hawaii — Containers used for shipping and storing military munitions were illegally dumped near a small town on the northeast coast of the big island of Hawaii, the Army announced in a statement Tuesday.

“The discarded refuse and recyclables found at the site include military munition storage and shipping containers, metal rebar, and vegetable/fruit cans,” the statement said.

“The Army will transparently work with the Hawai‘i Department of Health and local officials to help determine what happened, and if needed assist in clean up as permitted by law,” Borce said.

The 100,000-acre Army-managed training area is important to the U.S. military, as it is one of the few areas in the Pacific available for land-based live-fire drills. The military leases about 23,000 acres of state land as part of the training area, and some Hawaiians oppose the renewal of that lease set for 2029.

In 2018, a Hawaii judge ordered state officials to submit a plan for monitoring and inspecting ordnance cleanup at the training area after local residents filed a lawsuit claiming the Army had breached its lease obligations by not properly cleaning up unexploded ordnance.

Training area personnel do not carry out disposal of large recyclable items or scrap material, the Army said in the statement Tuesday. Contractors perform that work under contracts that “explicitly contain robust environmental protection clauses where contractors promise to meet and comply with all applicable environmental laws and provisions,” the statement said.

No contractors were identified in the statement.

“Contractors agree to remain solely responsible for remedying all Federal, State and local environmental and safety violations or noncompliance issues,” the statement said.

At Pohakuloa Training Area “we work very hard to reduce and recycle solid waste to the greatest extent possible,” Borce said. “To hear that those efforts appear to have been undermined in this instance is disturbing and absolutely unacceptable.”