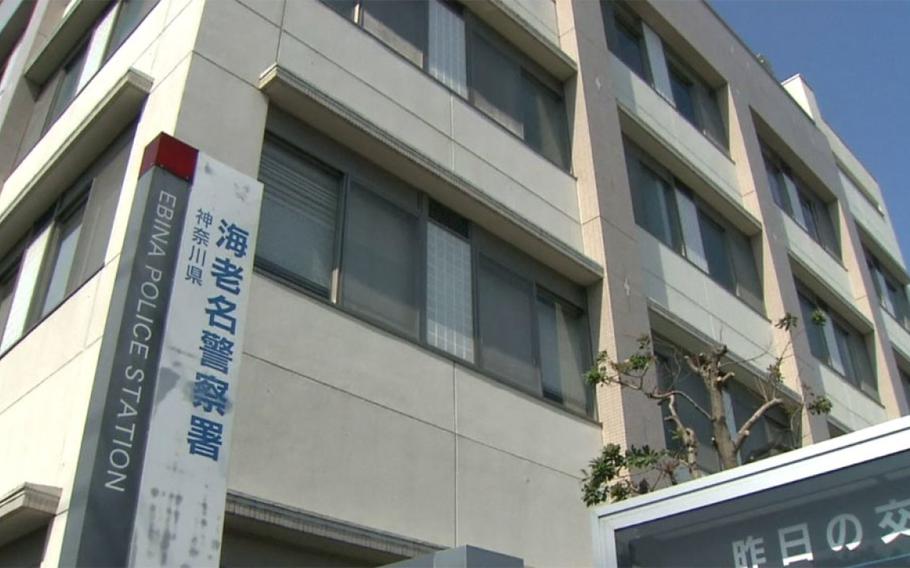 A U.S. sailor stationed at Atsugi, Japan, has been accused of walking through the unlocked front door of a home in Ebina City while intoxicated ‪at about 5:10 a.m.‬, the Kanagawa Shimbun reported Saturday, Feb. 2, 2019. (Ebina Police Station/Kanagawa prefecture Japan)

YOKOSUKA NAVAL BASE, Japan — A U.S. servicemember was arrested Saturday in the home of a Japanese couple who found him naked after he’d used their shower, according to local news reports.

Petty Officer 2nd Class Nathaniel Williams, 27, is accused of walking through the unlocked front door of a home in Ebina City while intoxicated ‪at about 5:10 a.m.‬, the Kanagawa Shimbun reported Saturday.

Williams was discovered after an unidentified 44-year-old man who lives in the home woke up to use the bathroom and heard water running, the Kanagawa Shimbun report said.

The man thought a family member was using the shower, but soon saw Williams emerge naked from the bathroom, according to the newspaper.

The man then woke up his wife, who called police, the Asahi Shimbun reported.

Officers detected alcohol on his breath, according to the Kanagawa Shimbun report.

The residence is on the second floor of an apartment building. There were no signs of forced entry, so police believe Williams entered from an unlocked front door, according to the newspaper.

Police planned to send the case to the prosecutors office on Sunday, the police spokesman said.

“Of course, the Navy takes this matter very seriously and will continue to cooperate fully with local law enforcement as the investigation continues,” Samuelson said.

Williams was still in police custody in Ebina City as of Saturday evening, Samuelson said.