From foxholes to high-rises: A look at the US military’s long history in South Korea 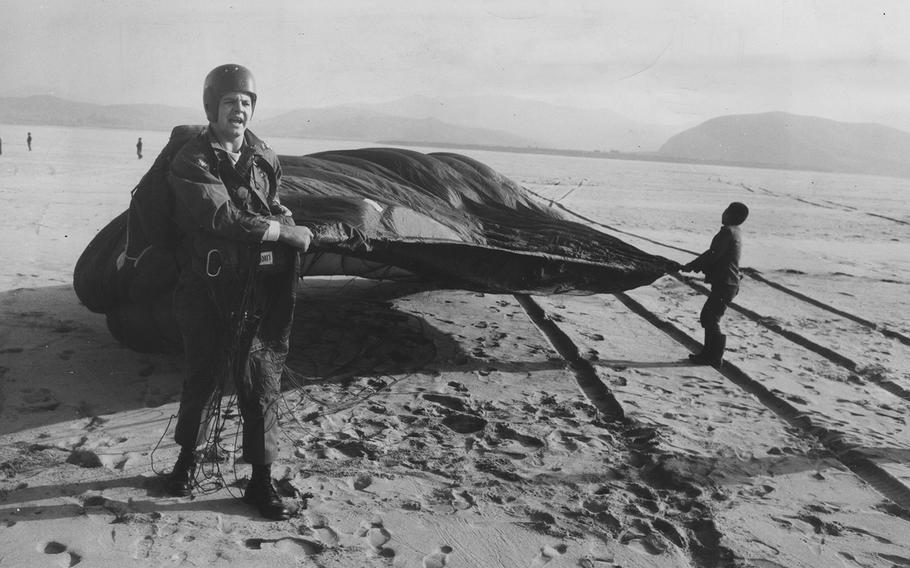 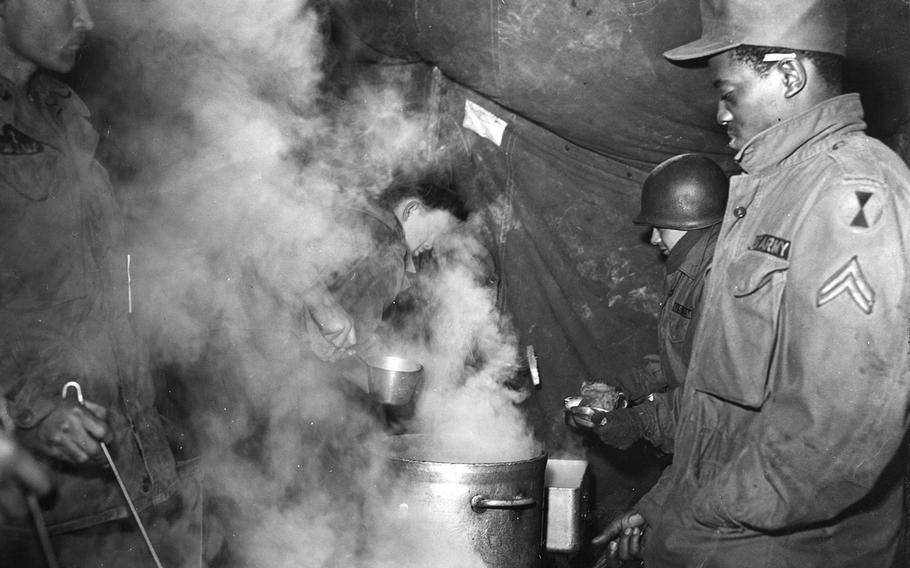 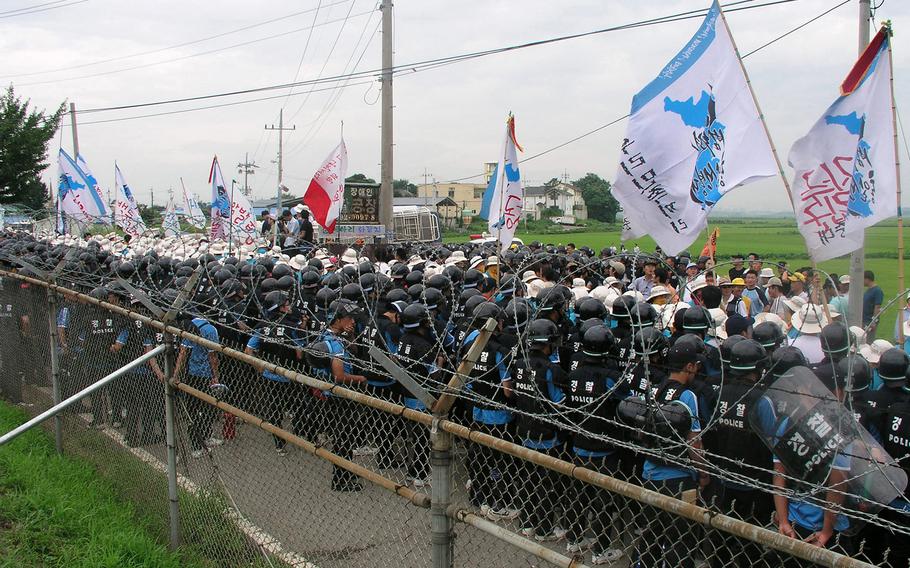 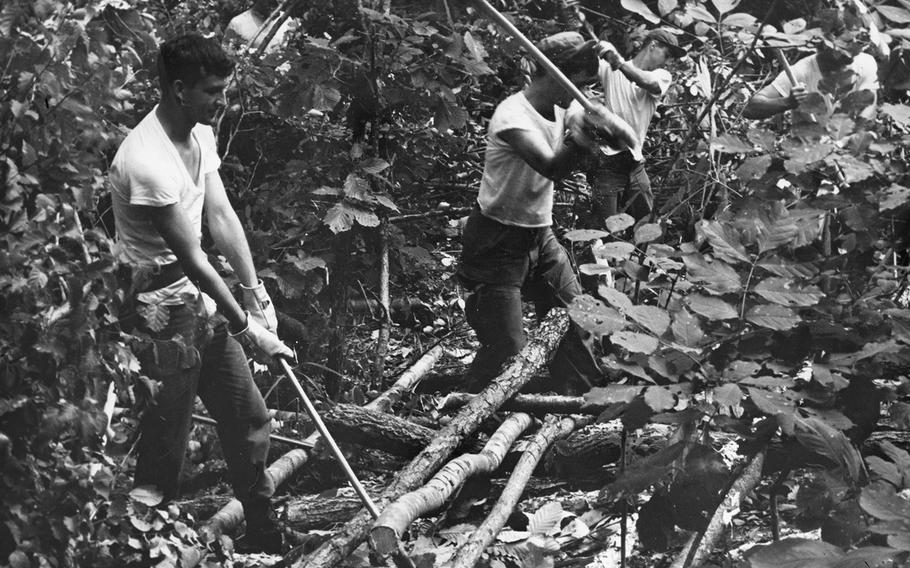 SEOUL, South Korea — Nearly 14 years after agreeing to move American troops south of Seoul, U.S. Forces Korea will celebrate the opening of its new headquarters at Camp Humphreys on Friday, beginning a new phase in the military’s decades-old history on the divided peninsula.

The historic move comes as tensions with North Korea have eased amid a diplomatic offensive aimed at persuading the communist state to give up its nuclear weapons.

As the main command, USFK’s move from the aging U.S. Army Garrison Yongsan in Seoul to its new home in the rural area of Pyeongtaek is a major step in the frequently delayed effort to reshape the U.S. military’s footprint, although the transition is not expected to be completed for at least two more years. 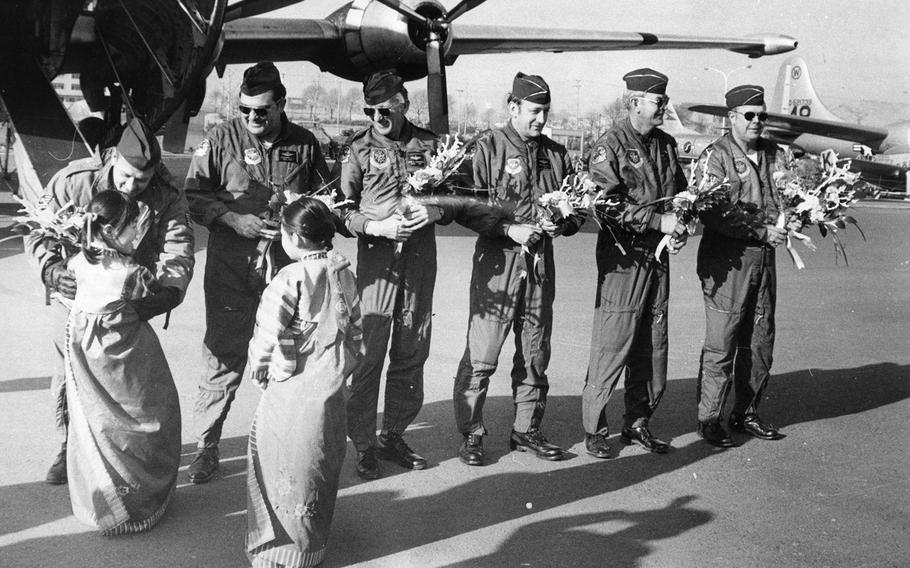 A U.S. jet fires a string of rockets at a target on Nightmare Range near the Korean demilitarized zone, January 1966. (Stars and Stripes)

The new four-story headquarters building, which has a Korean-style tiled roof, is already operational, but Friday’s ribbon-cutting ceremony will officially mark the transition. It’s near the Eighth Army headquarters, which moved last summer.

The 2004 relocation agreement was supposed to be implemented by 2008 but was pushed back to 2012, then 2016 due to construction and quality control issues that plagued the mostly South Korean-funded $11 billion expansion of Camp Humphreys.

The military finally stopped giving deadlines, saying the move would be conditions-based.

UNC staff also will move to Humphreys, while the CFC will eventually be stationed in the South Korean Ministry of National Defense complex adjacent to Yongsan.

In all, two-thirds of the USFK and UNC staff, or about 650 employees and their families, are expected to move to Humphreys this summer, officials have said. The base’s population is projected to reach 40,000 when completed. 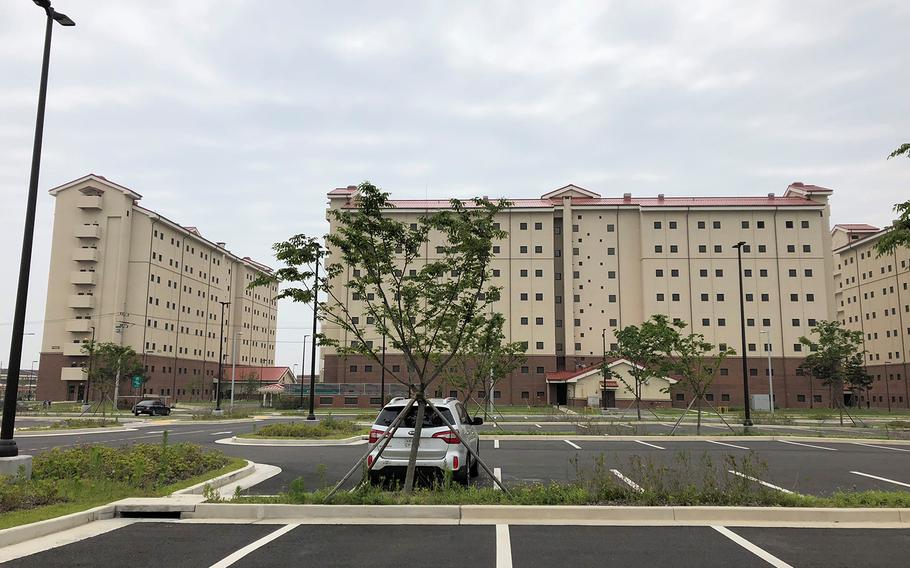 The command says the new structure will enhance readiness and help maintain stability in the region.

“By moving to less congested areas, it improves efficiencies and further enhances the support to national interests of both the U.S. and Republic of Korea,” USFK spokeswoman Lt. Col. Jennifer Lovett said in an email.

Meanwhile, Humphreys, formerly a remote outpost surrounded by rice paddies, now resembles a small American town, complete with schools, apartment-style barracks, a golf course, a waterpark, a mini mall and all the other comforts of home.

That’s a far cry from the tents and rounded Quonset huts that lined Yongsan and other bases during the 1950-53 Korean War and its immediate aftermath.

Korea, which had been occupied by the Japanese from 1910-1945, was divided into a North and South after World War II. The United States, under the auspices of the United Nations, sent troops to fight with South Korea after the communist North invaded on June 25, 1950. Chinese forces soon intervened and the enemies battled for three years until an armistice was signed, leaving the peninsula technically in a state of war and setting the stage for decades of tension.

The bloody Cold War conflict is often called “the Forgotten War” because it was largely overshadowed by WWII and the Vietnam War. But more than 36,000 U.S. troops died and more than 7,700 remain missing from the conflict. Hundreds of thousands of people from the two Koreas and China also perished. Tensions have continued with periodic outbreaks of violence, such as the 1976 axe murders of two American Army officers in the truce village of Panmunjom. The North Koreans also attacked and captured the U.S. spy ship Pueblo in 1968.

The U.S. has about 28,500 soldiers, sailors, airmen and Marines stationed in South Korea to act as a deterrent against North Korean aggression. The number has varied. Richard Nixon withdrew about a third of 60,000 servicemembers in 1971 despite strong opposition from Seoul. George W. Bush shifted many troops to Iraq after the 2003 invasion. His father, George H. W. Bush removed tactical nuclear weapons from South Korea in the early 1990s.

The Army’s main fighting force on the peninsula, the 2nd Infantry Division, has long patrolled the front lines, serving what is often called a “tripwire” role under which U.S. forces would automatically become involved in any hostilities.

Its headquarters is at Camp Red Cloud in Uijeongbu, which was home to the real-life unit that inspired the popular TV show M.A.S.H. The division will also move to Humphreys, although no date has been set. The U.S. will maintain the 210th Field Artillery Brigade near the border at Camp Casey and troops will frequently travel to the nearby Rodriguez Live Fire Complex for training.

The U.S. military presence in South Korea may seem institutionalized now, but the years immediately after the war were marked by outbursts of hostilities and rough living conditions. The high rises that tower over remaining bases were built relatively recently, a product of rapid industrialization that has made South Korea an economic powerhouse. Troops who served there in the 60s and 70s were surrounded by shantytowns and villages often teeming with war orphans and prostitutes.

Eugene Clarke, 71, of Redding, Conn., lived in a prefabricated Quonset hut with a diesel fuel stove during his 1967-68 tour at Camp Casey. But Clarke, who was assigned to the 7th Infantry Division, slept in foxholes or on the ground when he was periodically deployed to help clear trees from the Demilitarized Zone that lines the border.

“We had to cut down the saplings and there were minefields all over the place, unexploded bombs and snipers,” he recalls. “It was pretty wild up there. It was like the Wild West.”

Tired of the powdered milk and powdered eggs dished out at the mess hall, troops would often trade their rations with the locals for steaming bowls of rice, he said.

The U.S. and South Korean militaries insist their alliance is “ironclad” and they train together to ensure readiness to “fight tonight” as commanders frequently declare.

Recent polls also show that most South Koreans support ties with the United States. But the population hasn’t always been so welcoming. Anti-American sentiment has often been stoked by rapes and other crimes committed by troops or people connected to them. In one of the highest-profile cases, mass protests broke out after two South Korean schoolgirls were crushed under a U.S. military vehicle in 2002. The United States also became a focal point for student anger when it was widely seen as supporting the authoritarian government that ruled the country until 1987.

The USO has dispatched some of the country’s most famous celebrities to provide some cheer for troops in South Korea. Marilyn Monroe, Bob Hope, the Dallas Cowboys cheerleaders and Charlie Daniels are just some of the headliners who made the trek.

Richard Bridges, 80, of Highlands Ranch, Colo., got to see Hope perform at a Christmas show in 1957. But his excitement was tempered by the “bone-chilling cold.”

“The show was wonderful, but my feet were numb as we marched to Camp Casey for a ride to our outfit,” Bridges recalled.