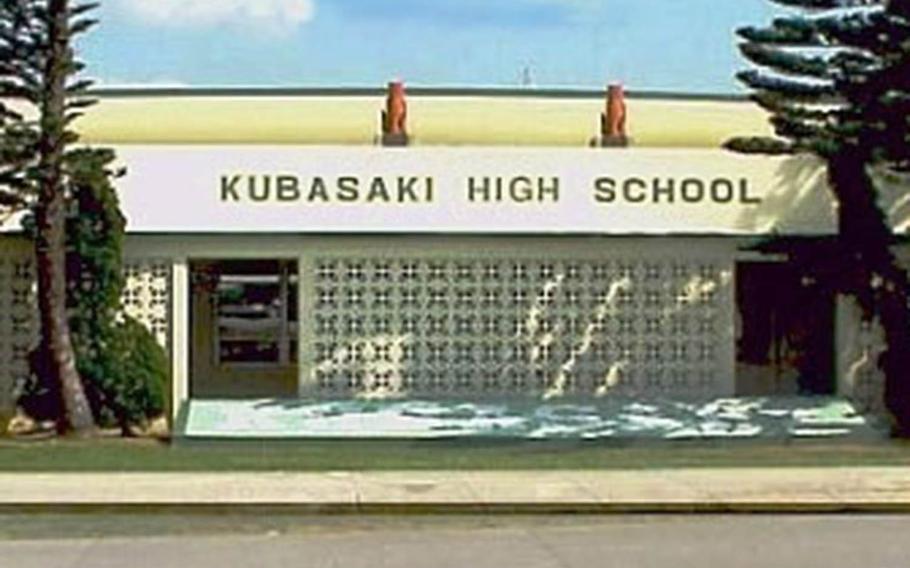 Schools officials later reported no serious threats at either Kubasaki High School on Camp Foster or at Kadena High School at Kadena Air Base.

Classes resumed in the afternoon, though after-school activities were canceled.

“Kubasaki High School officials were notified of a threat of a potential active shooter made on school grounds [Tuesday],” the statement said. “Please know that your child’s safety, well-being and security are our number one priority. We take any threat of this nature with the utmost seriousness.”

Classes will be held as normal Thursday, but the campus will be closed during lunch.

“There will be an increased security police presence in and around our school [Thursday] to reassure the students, staff and community that the safety of everyone in our school community is our first and foremost priority,” officials said.

On Wednesday morning, officials also found threatening graffiti in two bathrooms at Kadena. Although the campus closed for lunch and will again on Thursday, classes continued as scheduled. Kadena after-school activities were canceled for Wednesday and Thursday.

Personal gun ownership and carrying is severely restricted in Japan.

Carrying a loaded gun is generally prohibited on U.S. military bases in Japan outside of exercises, authorized tasks and for specific jobs, such as security.

Similar threatening messages were recently found at a base school in Germany, where classes continued as normal.

Graffiti that threatened a school shooting on May 17 was found in a boys’ bathroom at Ramstein High School on May 3, said DODEA-Europe spokesman Will Griffin on Wednesday.

School officials, in coordination with base leadership and military and local law enforcement, decided not to cancel classes that day, Griffin said, but students choosing to stay home on May 17 were excused with a parental note.

Security forces swept the school building using military working dogs as a preventative measure, Griffin said. Bathrooms were locked down for a short time, and access to some restrooms at the high school are temporarily restricted, Griffin said.

“It is our understanding that law enforcement officials do not have anyone in custody at this time” for making the threat, he said.

Parents, he added, may see an increased presence of military law enforcement at the schools in the Ramstein community, along with other security measures.

“A certain degree of security already exists at our schools because they are on military installations,” Griffin said. “However, that security should never be taken for granted and that is why we continuously review and improve our policies and procedures.”

There have been 1,555 threats and incidents at U.S. schools since the Marjory Stoneman Douglas High School shooting in Parkland, Fla., which left 17 dead and several more wounded in February, according to the Educator’s School Safety Network advocacy group.

Of those threats and incidents, guns were found 45 times and 13 knives or other devices were found; 14 plots were thwarted, according to the group.

The figures have trended upward since the group began tracking incidents in 2016.

Chuck Wexler, the executive director of the Police Executive Research Forum, a Washington-based research group, told The New York Times in February that the increases might be a result of both copycat behavior and others more likely to report threats.