Sailor, airman on motorcycle killed in head-on collision on Okinawa 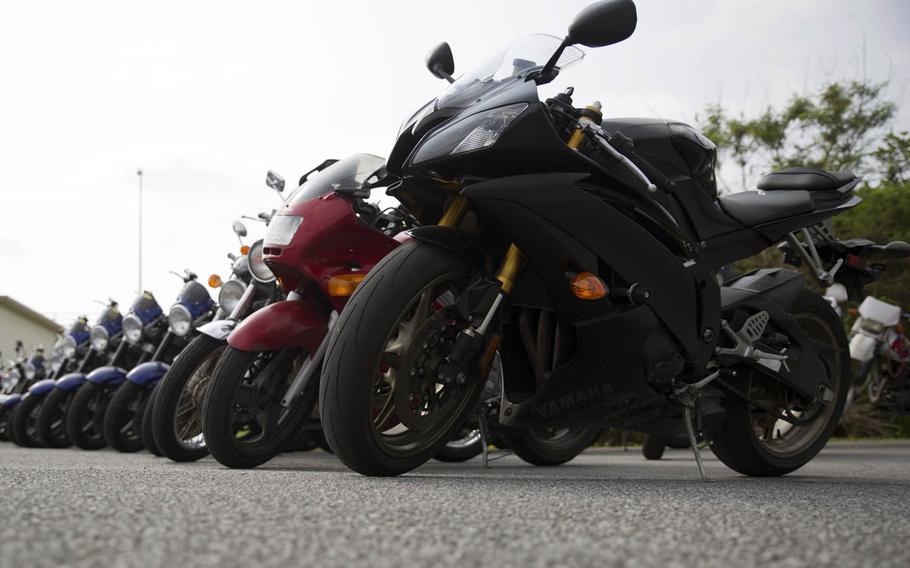 CAMP FOSTER, Okinawa — A sailor and an airman were killed after a head-on collision between a motorcycle and a car Thursday night in Chatan town, Okinawa, U.S. military officials said.

The crash occurred at about 8:40 p.m. at the Ihei intersection on Highway 58 in the Mihama district, said a spokesman for the Okinawa prefectural police in Okinawa City.

A motorcycle carrying both servicemembers was traveling north when it collided with a southbound car that was making a right-hand turn, police said, citing witnesses. The motorcycle was thrown to the ground and smashed.

A 20-year-old female sailor assigned to Commander Fleet Activities Okinawa was taken to Chubu Tokushukai Hospital in Okinawa City where she was pronounced dead at 11:23 p.m., according to police and a statement released by the Air Force’s 18th Wing.

A 21-year-old male airman assigned to the 18th Wing was taken to Chubu Hospital in Uruma City, where he was pronounced dead at 12:15 a.m. Friday.

Their identities are being withheld pending notification of their next of kin.

The driver of the car was a 19-year-old female airman assigned to Kadena Air Base, the police spokesman said. She was not injured.

It is not immediately clear who was driving the motorcycle at the time of the crash, the spokesman said.

The crash is under investigation, though police said neither alcohol nor unlicensed driving appear to have been involved.