Brazil on alert as government sees risk of fresh protests 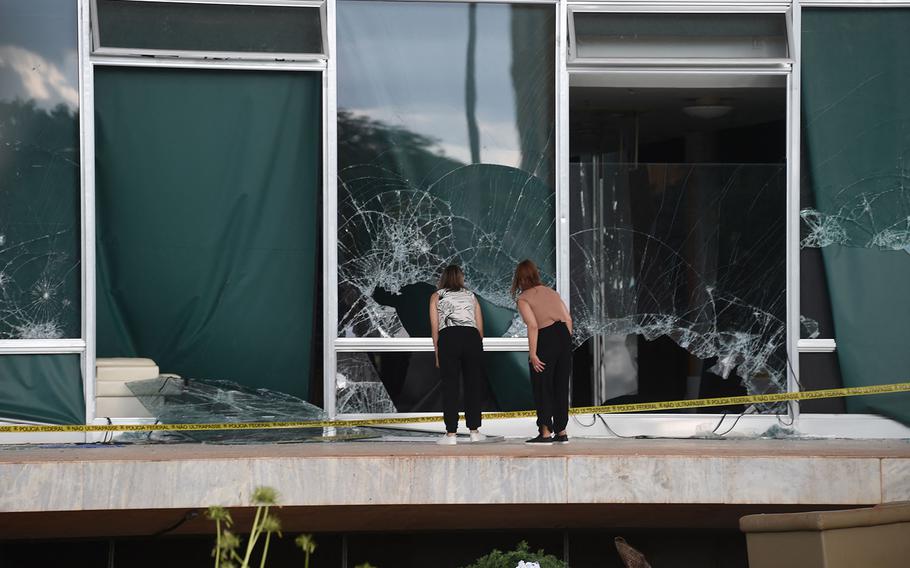 (Tribune News Service) — Brazilian security forces are mobilizing after top legal officials warned new protests are being called by “extremist groups” who seek to overturn the result of the presidential election just days after rioters stormed government buildings in the nation’s capital.

“We are on maximum alert,” Ricardo Cappelli, who’s at the helm of the federal intervention decreed by President Luiz Inácio Lula da Silva in the Federal District following the Sunday riots, told journalists.

Acts “for the retaking of power” are being called by supporters of former President Jair Bolsonaro for Wednesday afternoon in all of Brazil’s capitals, the Attorney General’s Office, known as AGU, told the Supreme Court in a filing on Wednesday.

Justice Alexandre de Moraes prohibited highways be blocked and barred access to public buildings, ordering anyone who disobeys be arrested on site and subject to fines of as much as 100,000 reais ($19,240).

He also ordered Telegram, where calls for protests are circulating more widely, to block the accounts of several users within two hours, preserving the content of the messages and sharing them with authorities.

All measures had been requested by AGU, which called for “immediate, preventive” acts. The Prosecutor General’s Office issued a similar warning, asking that governors and public safety officials be told to reinforce security in the nation’s capitals on Wednesday.

On Sunday, rioters broke into government buildings in Brasilia, destroying property and calling for the military to intervene and unseat Lula, who protesters claim was elected in a fraudulent vote.

Lula’s Chief of Staff Rui Costa told CNN Brasil security was being reinforced across the country amid the warnings, adding that the Army will be tasked with guarding top government buildings in the capital of Brasilia.

On Tuesday, Moraes ordered the arrest of Anderson Torres, who acted as Bolsonaro’s Justice Minister, as officials investigate his responsibility for the riots. He had been appointed security secretary of the Federal District, and was dismissed on Sunday amid the protests.

With assistance from Isadora Calumby.