Protesters in Peru refuse to back down as political crisis deepens 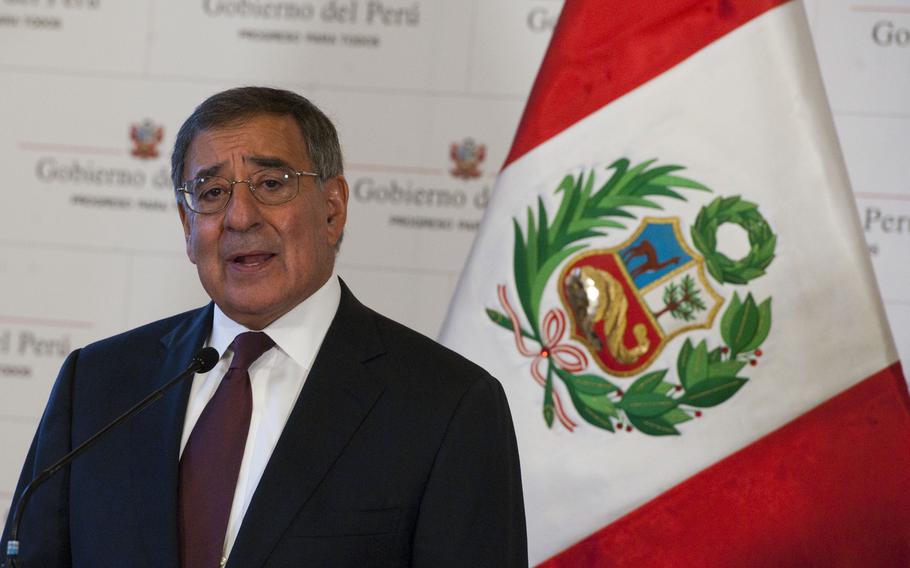 LIMA, Peru — The political crisis roiling Peru deepened Saturday, as President Dina Boluarte’s new government edged toward collapse and protesters across the country refused to back down despite the military enforcing a state of emergency.

A total of 20 demonstrators are reported to have been killed in clashes with security forces, including eight allegedly shot Thursday by soldiers using live ammunition in the southern mountain region of Ayacucho.

Protesters have stormed several regional airports, looted businesses and blocked roads, primarily in the impoverished mountain regions of the Andean nation. Last year, those areas voted heavily for Pedro Castillo, a rural schoolteacher and former wildcat-strike leader, who was impeached as president last week after he attempted to dissolve Congress and restructure the judiciary.

The violence prompted two ministers to resign Friday from Boluarte’s government. She stepped up from the vice presidency to replace Castillo, and was also forced to announce Saturday that she would replace her current center-right technocratic cabinet.

Meanwhile, prosecutors announced investigations into the deaths of the protesters, and Peru’s official human rights watchdog called on security forces to ensure that officers had “sufficient experience, training and capacity to participate in the control of protests without committing abuses.”

The protesters, who have no clear leader, have a variety of demands, ranging from the reinstatement of Castillo as president to the establishment of a constituent assembly to restructure the economy to favor the poor.

The only common denominator is that almost the entire country - 83 percent of Peruvians - wants new elections and to get rid of the current scandal-racked Congress.

“Castillo is our president, elected by humble, working people from the countryside. He represented us. He understood our struggles, our needs,” said Alfonso Nahuinche, 47, a tailor who has been taking part in daily protests in the city of Puno on Lake Titicaca.

“That is why they didn’t like him in Lima. I think he was set up by the right, by Congress,” Nahuinche said. “The impeachment wasn’t just a repudiation of Castillo. It was also a repudiation of us.”

Conspiracy theories about Castillo have been running wild, with Guido Bellido, a congressman and Castillo’s first prime minister, even claiming that the former president had been drugged when he appeared on TV last week, his hands visibly shaking, to announce that he was dissolving Congress and would rule by decree.

Nahuinche said: “I think the president was under duress when he read that statement. You could see he was scared. He wasn’t himself.”

Another demonstrator, Brígida Curo, accused members of Congress of being “coup mongers, neoliberals and racists” who could not tolerate Castillo as president because of his background as a campesino, or farmer.

“That is why we need a constituent assembly,” added Curo, 40, the sub-secretary of the Campesino Federation of Puno.

“Evo Morales had a plan in Bolivia,” she said of the socialist former president of Peru’s neighbor. “He brought development. Castillo was trying to do the same here. That’s why he had to be stopped.”

Some of the protests have been violent. But many demonstrators have simply sought to express their anger at the ouster of a president whose populist promises to wipe out poverty had gained traction, particularly in rural areas.

But senior officials, including Boluarte, who hails from the same Marxist-Leninist Free Peru party as Castillo, have dismissed at least some of the demonstrations as “terrorism” - a particularly loaded word in Peru, where conflict between Maoist insurgents and the state killed nearly 70,000 people.

Eduardo González, a sociologist who advised Peru’s official Truth and Reconciliation Commission following the violence of the 1980s and 1990s, warned that authorities urgently need to recognize the legitimacy of the protesters’ discontent.

“It’s weaponizing language. With our history, calling protesters ‘terrorists’ strips away their humanity,” González said. “It justifies the use of violence against them. We’re reaching a level of polarization from which there is no return.”

The chances of de-escalation appeared to diminish Friday when lawmakers rejected Boluarte’s proposal to hold an early general election. The move by Congress was widely interpreted in Peru as a desperate attempt by lawmakers to hang on to their well-paid jobs.

The push for an early election was blocked by both far-right lawmakers who led the push to oust Castillo and their far-left counterparts, who still support the former president. That alliance has become a feature of Peruvian politics over the past 17 months, as the two sides found common ground in blocking anticorruption measures.

The vast majority of Peruvians currently disapprove of Congress, and there are growing calls for Boluarte, whom Castillo supporters view as a “usurper,” to force new elections by resigning. But even that would likely fail to calm the unrest.

Under the constitution, she would be replaced by the speaker of Congress, currently José Williams, a conservative former general who would be anathema to most of the demonstrators. Boluarte’s resignation would also preempt any attempt at political reform to ensure that the next election yields more sustainable results.

Members of Congress are “more corrupt and mediocre than Pedro Castillo,” newspaper columnist Augusto Álvarez Rodrich wrote on Saturday, warning that their recalcitrance amounts to playing with fire in a society that has become a “powder keg.”

“Peru is going to improve, let no one doubt it,” Rodrich wrote. “But first it will get worse.”