Canada to increase military and economic ties in Indo-Pacific 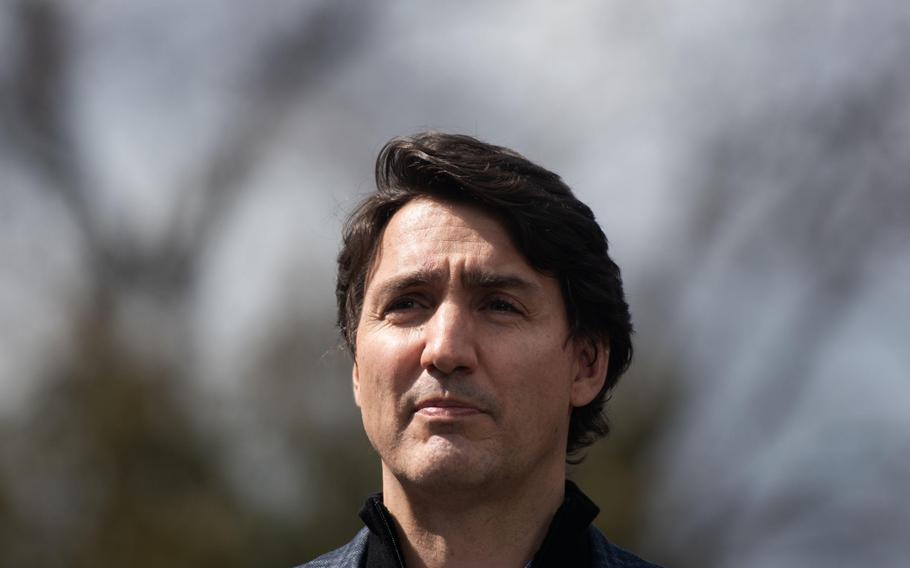 Canada is boosting military spending and expanding trade ties in the Indo-Pacific region as part of a "generational" shift in foreign policy aimed at building stronger ties with Asian allies and countering China's influence.

Foreign Affairs Minister Melanie Joly will release her government's Indo-Pacific Strategy on Sunday, which includes nearly $1.7 billion (C$2.3 billion) in spending. That includes funding for more navy patrols in the region, intelligence and cybersecurity, and increased cooperation with regional partners in the East and South China Seas.

The 26-page document, an advance copy of which was seen by Bloomberg, includes a lengthy section on China, which it refers to as an "increasingly disruptive global power." It cites multiple military, security and economic threats posed by the country, while acknowledging the need to work with it on issues such as climate change, global health, biodiversity and nuclear non-proliferation.

In an interview, Joly said the world's geopolitical "tectonic plates" are shifting. That's threatening international norms that have kept the world safe since World War II, as well as creating supply chain uncertainty and inflation.

"When it comes to China, we know that there's a battle of influence happening in the region," she said. "So we have to step up our game."

Canada will also toughen its rules around foreign investment and take other steps to defend itself from "foreign interference," the document states. Its publication comes a week after Chinese President Xi Jinping confronted Prime Minister Justin Trudeau at the G20 meeting in Indonesia, admonishing the Canadian leader for providing the media with information about an earlier discussion.

Joly said the encounter didn't surprise her, as she's also had "frank conversations" with her Chinese counterpart in the course of diplomacy.

"You saw what we see happening normally," she said. "You just had a glimpse of the political reality." She also said crafting an Indo-Pacific strategy would have been fruitless without addressing China's growing influence, "the elephant in the room."

Canada will increase its diplomatic and trade presence to create a more predictable environment for business investment in Asia, Joly said. It will invest C$750 million in sustainable infrastructure projects, which it hopes will attract further capital from Canadian pension funds.

At the same time, increased military cooperation with regional partners will protect the country's Pacific interests, just as alliances with Europe through NATO, and the United States through the North American Aerospace Defense Command, have historically protected its Arctic and North Atlantic interests, she said. Canada will invest almost half a billion Canadian dollars over five years on enhanced defense in the region.

"For a long time we've defined ourselves through the relationship we have with Europe," Joly said. "It is time to look towards the Pacific."

The strategy contains a section devoted to deepening economic ties with India, and another devoted to Japan and South Korea — a neighborhood it dubs the North Pacific.

Canada has struggled to diversify its Pacific trading relationships beyond China, its second largest trade partner after the United States. Merchandise trade with China totaled C$125.8 billion in the last 12 months to September, representing about 8.6% of trade flows, according to Statistics Canada data. That compares to less than 7% from all other major Indo-Pacific countries combined — a proportion that is little changed since 1997, a time when Canada-China trade was minimal.

There are numerous planks in the strategy meant to grow Canada's trade relationships, including a new series of "Team Canada" trade missions to bring business leaders to Indo-Pacific countries, and a C$65.1 million program to increase Canada's science and research partnerships with South Korea, India, Japan, Singapore and Taiwan.

The C$750 million infrastructure program is the largest ticket item in the plan, and is part of Canada's contribution to the $600 billion Group of Seven infrastructure plan announced earlier this year to counter China's Belt and Road program. Joly said she met with major Canadian pension funds on Thursday — including the Ontario Teachers' Pension Plan Board and the Caisse de Depot et Placement du Quebec — to start promoting the plan.

Joly, who was appointed to the role in October 2021, said she has been tasked with rebuilding Canada's relationship with China during a three-year chill after Canada's arrest of Meng Wanzhou, Huawei Technologies' chief financial officer, on a U.S. extradition request, and China's subsequent detention of two Canadians, Michael Kovrig and Michael Spavor.